Greene Beginning His Road To A Title Shot

It’s nearly impossible to make it to the top of the heavyweight division in the UFC unscathed. And even if you do arrive at the summit of the mountain, staying there is even harder. Ask any champion, any contender, any prospect and they’ll tell you the same thing.

“The gloves are too small, the guys hit a little too hard,” said Maurice Greene. “It’s a little bit of all of that.”

But the 6-foot-7 “Crochet Boss” doesn’t wish he was born a bantamweight.

“Nope, it makes it exciting for me,” he said. “It keeps you sharp.”

So when Greene suffered his first loss in four trips to the Octagon in October, it wasn’t time to make excuses or tear down everything he’s done in order to remake his entire fight game. As a heavyweight, one shot can change everything, and when Sergei Pavlovich rocked Greene and then put him away at 2:12 of the first round, all the Minnesotan could do was chalk it up to it not being his night.

“You’ve always got some things to work on,” he said. “But I honestly think, yeah, he definitely caught me, and I thought that was the only way he was gonna beat me and I had to stay away from that and be more technical. It was his night.”

And when asked by his coach after the fight if he thought he was the victim of a quick hook from referee Herb Dean, Greene declined to take that opportunity to shift blame.

“I said, ‘Coach, even if Herb stopped it early, if I wouldn’t have put Herb Dean in the position to make a tough decision, we wouldn’t have been in that position. So whose fault is it? It’s my fault.”

That’s class. But the way 33-year-old sees it, it’s only way to look at the fight.

“That’s just how it is,” Greene said. “You want something to play out in your favor, you need to go do it. It wasn’t that I wasn’t doing the right things; he was able to get me and we knew that could happen.”

Needless to say, Greene has moved on, and in getting a UFC 246 main card bout against top 15 ranked Aleksei Oleinik, it’s clear that the UFC has not looked at the Pavlovich loss as a deal breaker, either.

“I’m grateful for the opportunity with the UFC and now it’s time to go out and make the most of it; it’s time to shine,” said Greene.

But is the experienced and battle-tested Oleinik too much too soon for Greene, who has only two more pro fights (12) than the Russian has UFC bouts (10)? 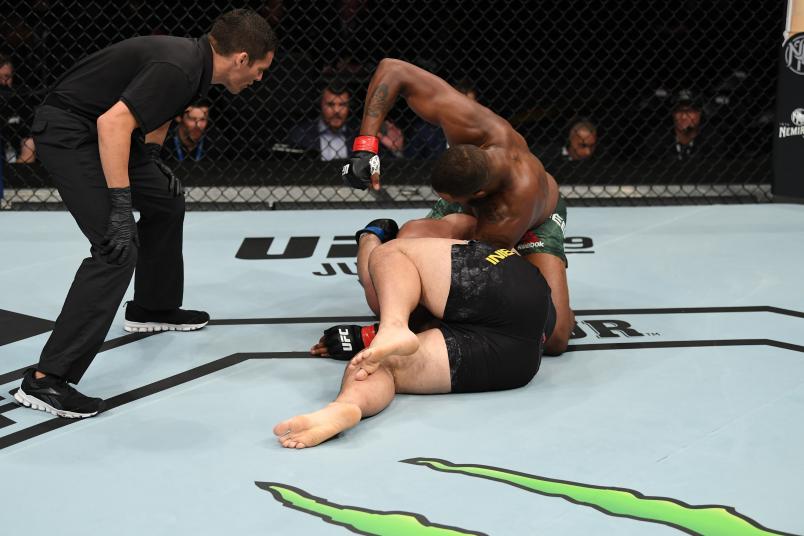 “I’m a gamer, I fight,” said Greene. “You want to be the best someday, you’ve got to beat these guys. I’ve been blessed enough to be placed on a good card on be on the pay-per-view portion of that – this is my first time experiencing all that and it’s pretty cool. But I just don’t say no. And the UFC knows I’m here to fight.”

Yet when the Octagon door shuts, Greene’s isn’t planning on testing out his jiu-jitsu blue belt against the man dubbed “The Boa Constrictor,” owner of 45 submission wins.

“Why would I want to get on the ground with somebody with 45 submission wins?” asks Greene. “He’s been doing this a long time; why not stand up with him? If we go there (to the ground), I’m not afraid of him. But he’s really slick with his submissions. I’m not gonna play his game, though. I’m trying to go in there, win, get out and get back home to my family.”

And a Minnesota winter feels a lot warmer with a win in his back pocket to kick off 2020.