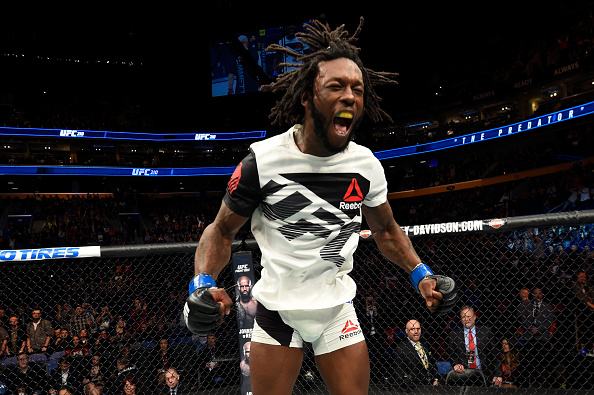 Desmond Green fought 10 times in 13 months at the outset of his mixed martial arts career. His debut came in Holyoke, Massachusetts and ended with the unanimous decision in his favor. His opponent that night was Rob Font, who made his Octagon debut in July 2014 and currently resides at No. 13 in the bantamweight rankings.

Over the next four years and eight months, the Rochester native, who was a standout wrestler in the Mid-American Conference at the University at Buffalo, amassed a 19-5 record and a four-fight winning streak. But Green still hadn’t achieved two of the goals he set out for himself when he broke into the sport: to fight in his home state of New York in front of friends and family, and to compete in the UFC.

Back in April, the 27-year-old lightweight who twice cut off his signature dreadlocks in order to successfully make weight killed two birds with one stone.

“I tell everybody I’m still on Cloud 9 from that fight,” says Green, who squares off with Rustam Khabilov next week when the UFC returns to Rotterdam. “It literally couldn’t have been a better opportunity for me.

“Being from New York, I’ve never really gotten to fight at home because it has been illegal here,” he said, echoing sentiments shared by countless others representing the Empire State. “Out of my 24 fights, I was always on the road – I was always the away guy – so it was so much love. I had to tell myself, ‘Focus up – you’ve got a lot of people here, but remember the task at hand.’ When I walked out and the crowd was roaring, you could feel the ground shake and I was like, ‘Damn – this is for little old me?’ It was crazy.”
GREEN VICTORIOUS IN RETURN TO BUFFALO

As if fighting at home for the first time while simultaneously making your initial appearance in the famed Octagon wasn’t pressure enough, Green viewed his debut as a sink or swim situation.

His opponent, Josh Emmett, was undefeated at the time, sporting an 11-0 record that included consecutive victories inside the Octagon. A member of Team Alpha Male, the 32-year-old had built up some momentum and a little buzz after fighting through a badly broken finger in his debut and outworking durable grinder Scott Holtzman in his second journey into the UFC cage.

Win, and it proves you have the potential to move forward in the highly competitive 155-pound weight class. Lose, and you’re another face in the crowded lightweight division with the struggle to prove yourself becoming that much harder. 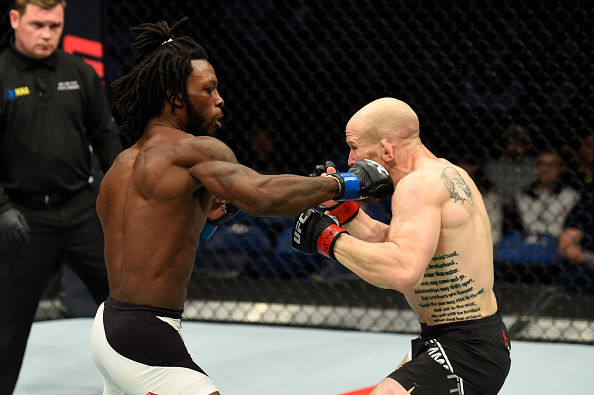 That’s how the hometown newcomer framed it for himself heading into the bout, and rather than let it all weigh him down, Green collected it all together and used it to rise to the occasion.

“I actually absorbed it all and used it all as motivation,” he says of the pressures that accompanied his UFC debut. “Not one time was I overwhelmed; I just wanted more. I told my boys it was like the spirit bomb in DragonBall Z – the more love I got, the more people that were rooting (for me), the more energy I got off of it.

“What it did more than anything was made me make sure I went out there and won. I was telling my boys before the fight, right before I left the hotel, ‘I want to thank everybody for coming. This is such a perfect weekend. The only thing left is for me to go ahead and get this W and make sure I finish it off right because all of this would be for nothing if I go out there and lose.’”

He takes a beat, reflecting on the significance of the moment and having successfully accomplished the goal he set out for himself.

“Winning and losing is everything,” he clarifies. “I had an after-party planned, I got people flying in from all different states, my family – I was like, ‘If I lose, it’s going to be a sad night, so I’ve got to make sure I win.’”

“I was so stoked and excited to get this fight against this guy,” Green says of the matchup with Khabilov. “The minute my manager told me, he was like, ‘Hey, listen – do you want to fight Rustam Khabilov?’ I was like, ‘Yes! Send me the contract. Let’s do it!’”

In a way, the pairing gives credence to the way he looked at his bout with Emmett at UFC 210 as his sophomore appearance represents a considerable step up in competition for the Combat Club representative.

Khabilov has been a fixture in the lightweight division for the last four years. Early victories over Yancy Medeiros and Jorge Masvidal quickly carried him into the Top 10 before back-to-back losses and the constant activity within the UFC’s deepest division knocked him out of the rankings and off the radar.

But the Dagestani grappler returned with a vengeance in 2016, collecting four straight victories to re-establish himself as a force in the division and position himself on the cusp of cracking the Top 15 once again.

It’s another difficult challenge for Green, but he wouldn’t want it any other way.

“I honestly feel that I’m going to be the best in my weight class and there is only one way to do it and that is to take on the best,” says the confident newcomer. “This is a beautiful opportunity for me. I feel like the UFC, (they’re thinking), ‘This guy just got a nice win, let’s put him up there with the wolves and see what he’s about.’ I’m going to come out victorious and I’m happy it’s against a game opponent.”

He may have taken a circuitous route to the UFC, but now that he’s arrived, Green sees nothing but a flat stretch of open road in his future.