For Green, Fighting Is 15 Minutes Of Peace

It’s the fight before the fight. It’s why most of the athletes in the UFC will say that three or five rounds with an opponent trained to beat them is the fun part of this job. Because by the time the Octagon door shuts, if they’ve made it to that point, they’ve won already.

Bobby Green knows both sides of that coin. He’s arrived in the Octagon firing on all cylinders and delivered performances that established him as one of the top lightweights in the world. He’s also showed up on fight night with any number of ailments and wasn’t able to perform at an optimum level. And then there were the times when he couldn’t even make it to fight week.

So you want to be a fighter?

“It’s very difficult and I don’t think anybody understands,” said Green, who will celebrate his 11th anniversary as a pro in January. “When you put your mind to a certain goal, you’ve got everything riding on that. Everything’s so important, everything’s lined up for this one thing and it seems like all the distractions and everything happens at that one point. You’re trying to go harder to push to get ready for that and make sure that you’re absolutely ready and sometimes you push so hard that you try to kill yourself.”

That attitude and that push has led to Green having more fight time in the gym than the Octagon, something he claims he has figured out leading up to his return this Saturday against Drakkar Klose.

“My body wasn’t keeping up,” said the Californian, who is coming off two knee surgeries in four months after a January victory over Erik Koch. “I needed to have a solid strength and conditioning program.” 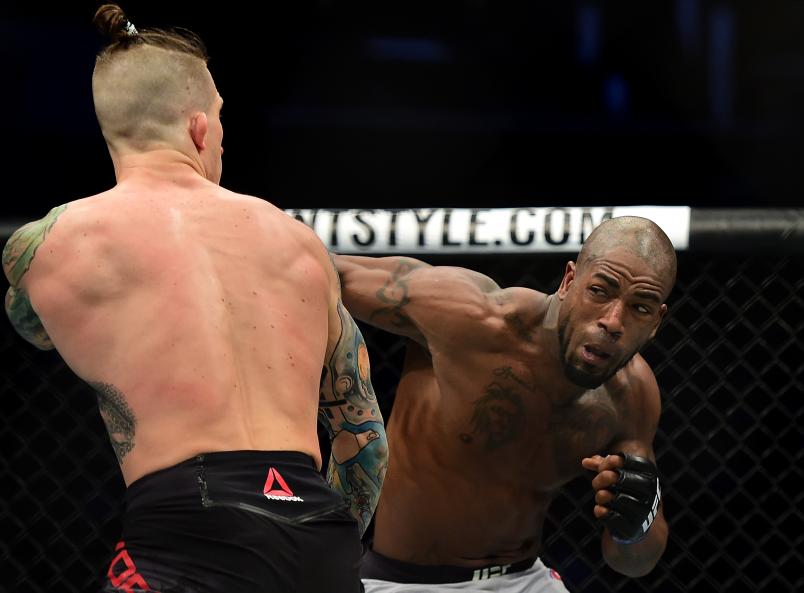 He got it, and now he’s finally ready to get back to the form that had him on the fast track to a world title shot midway through 2014. At that time, he was about to beat Josh Thomson and secure his eighth consecutive win, and when you coupled his exciting style with a memorable backstory and engaging personality, the sky was the limit for “King” Green. Yet while he gave fans a taste of what he could do, he never delivered the whole meal, with an 0-3-1 stretch following the Thomson fight putting those title hopes on ice.

“I felt like I was done with my career two of three fights ago,” Green said. “And Daniel Cormier said, ‘What happened to you? I don’t see you fighting like the old Bobby Green I know.’ I was really depressed, and I thought people hated me. I felt like people were always trying to take me down, and I was listening. So it really hurt me.”

The cardinal rule for writers these days is to never read the comments section. It’s a rule fighters should follow too. Green didn’t, and when you add in his injuries, inactivity, and general life issues, it all took its toll on the veteran fighter.

“People hated me and they don’t even know me, and I had to get used to that feeling that you’re gonna be hated,” he said. “People don’t know that I was in foster care since I was four years old. But I’m fighting for every person in San Bernardino, Fontana, the whole Inland Empire area. I don’t think people understand my walk.” 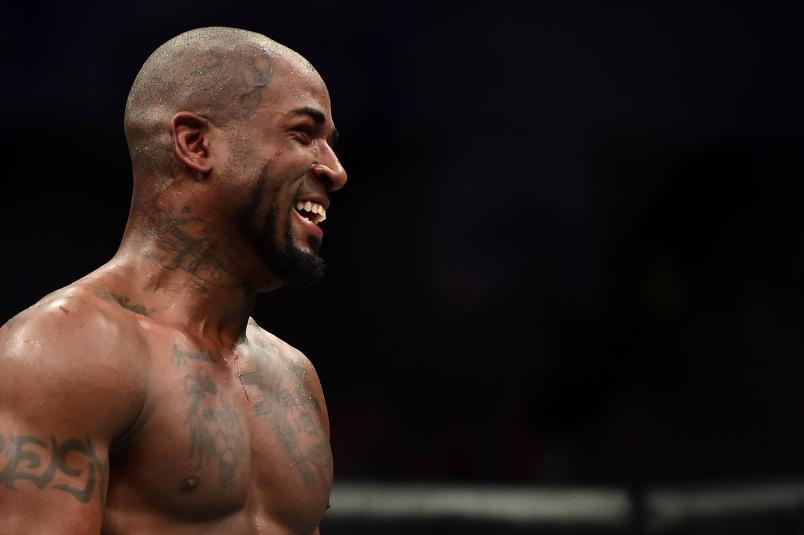 So instead of letting people in to understand that walk, Green withdrew.

Ultimately, Green figured it all out, and with a clean bill of health, he was ready to get down to the fun part in Milwaukee. Well, almost.

“Not even then,” he said of fight week. “You’ve still got weight to cut, and you’ve still got all these other worries. I’m afraid of heights, so the flight there is a big deal for me.”

“You’re gonna be nervous. You’re gonna have all those nerves and different things happening. That’s just part of it too. But once you actually get into the fight and it gets going, that’s the fun part. You’re free now.”

It’s 15 minutes of peace. Sometimes less, but it’s time when the only thing that matters is the fight. And if Green gets his hand raised when it’s over, he says “That’s the only good part about fighting. That 10-15 seconds of fame, the way you feel, that you set out a goal and actually conquered it, that’s the free feeling that I live for. But really, for me, fighting is the check and what I can do to help people around me. That’s what’s most important to me. My family counts on me.”

Is that the walk he’s talking about?