A Grateful Griffin Is Ready To Prove His Worth 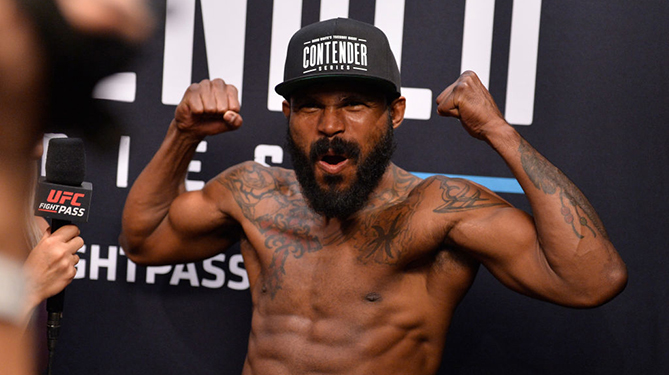 No one’s dreams of glory in the fight game ever start out with a 1-3 record. If those are the cards dealt, most either settle into an existence of being an opponent or just walk away.

He started with renowned coach Duke Roufus, joined the Roufusport squad, and began chipping away at a journey to the UFC. It would be easy to now say that Griffin went unbeaten since that rough start and sailed into the Octagon.

It would also be inaccurate. There were still more bumps in the road for Griffin to get over, more losses at pivotal times, and more growing to do as a fighter. But the “NativePsycho” never stopped punching.

“I had five losses,” he recalled. “I started 0-2 and I knew I was gonna have to be an exciting fighter and finish everything. I didn’t have that, ‘Wow, he’s undefeated,’ or ‘Wow, he only has one loss’ record when you looked at it. But I did have the exciting fights and I do have the record now and people can see that I haven’t lost in a really long time.”

The phone wasn’t ringing though.

“I think it got to the point where I used to wait by the phone and say, ‘Any day now.’ And then I would just say ‘On to the next.’ I’d literally win a fight and text my manager ‘Cool, what’s next?’ He’d say, ‘Slow down, kid, enjoy yourself.’ ‘Okay, I’m gonna go to bed and go to the gym tomorrow.’”

Eventually, Griffin caught the eye of the LFA promotion, often a next step to a call from the UFC. Earlier this year, Griffin submitted Darrick Minner and Shawn West, and all of a sudden, Griffin’s luck changed.

“I won my LFA debut against Darrick Minner and everyone was super hyped about it,” he said. “Then nobody wanted to fight me. Five dudes backed out. We found somebody to fight me, I choked him out and then after that, (LFA CEO) Ed Soares walks up to me and he said, ‘Hey kid, your life’s about to change.’ After that, I get a call and they tell me I’m on the Contender Series. Everything happened so fast, I was in disbelief.”

Nearly nine years after his first amateur bout, Griffin could be one win away from a UFC contract if he beat Maurice Mitchell on July 31. It was the pressure cooker to end all pressure cookers, but Griffin was calm, aided by a little advice from Roufus.

“He said, ‘Jordan, just be you,’” said Griffin. “That’s all he told me, and it gave me so much confidence. He knew that if I just showed up, I could get it done. So I showed up, I fought the way I fight, and I did a lot of other things and it all paid off. It was awesome.”

Now we can get to the happy ending of the story, as Griffin submitted Mitchell in the first round and picked up his UFC contract. But it’s not really an ending, only a beginning for the 28-year-old, who admits that the Mitchell fight is kind of on a loop at home.

He did. It was against the odds. But isn’t that how all great successes go?

“I feel like some people get that help or they get those opportunities and they either run with it or they crash and burn and waste it away,” Griffin said. “And I went for it.”