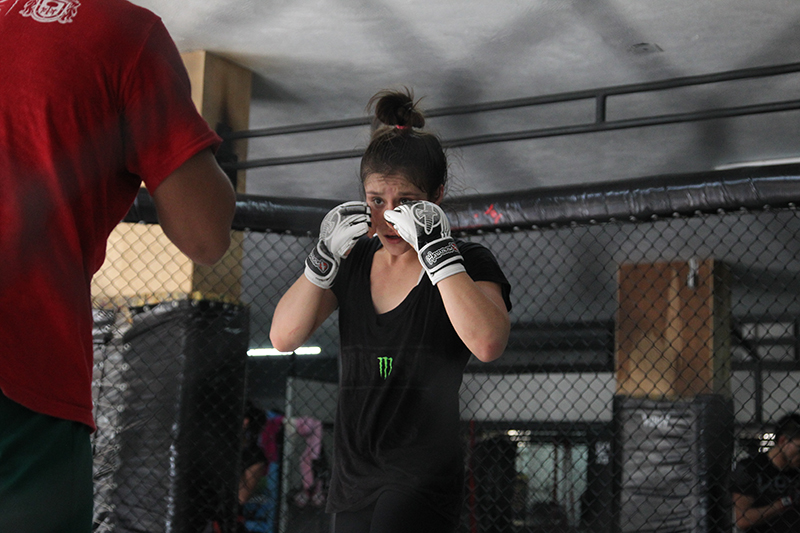 While Jalisco is best known for giving us Tequila, mariachi music, boxer Saul "Canelo" Alvarez, soccer star Javier "Chicharito" Hernández and Ferrari’s Formula 1 driver Sergio "Checo" Perez, Grasso is intent on making a name for herself among the legends.

Grasso has a long road ahead to join that list, but at age 23, she’s in no hurry.

Those from Jalisco identify with Grasso’s embrace of bravery and pride, qualities that are evident in her fighting style and in her words.

Her heritage, Grasso says, pushes her in every way.

"It is important. Being from Jalisco motivates me to be better, to do things better, to work hard, to be disciplined, to eat better," said Grasso, who gladly accepts such responsibility.

This maturity, which helped Grasso excel in her first fight in the Octagon and made her look like a natural, is central to her mentality.

While some might feel pressure seeing their face on an event poster in only their second UFC appearance, Grasso has been calm and focused throughout the week.

"I want to motivate people to do things better. I think the world needs it, a positive change," she said with a smile, embracing her position as a co-main event star at Fight Night Houston on Saturday at Toyota Center.

"As an athlete it is important to accept challenges. Felice Herrig is mine now -- experienced, great muay thai, good jiu jitsu. She forced me to improve in every aspect of my training.”