Featherweight prospect Grant Dawson isn't lacking any confidence, but he does feel like he is lacking the recognition he deserves.
By Zac Pacleb, on Twitter @ZacPacleb • Jul. 16, 2020

Grant Dawson has one rule: if he doesn’t mean it, he won’t say it.

As relatively simple as that mantra is, it’s a tough one to maintain in the fight game, where one could position themselves in a better light if they decide to play up certain aspects of their lifestyle or career. Dawson, however, isn’t all that interested in that. Don’t get it twisted, though. He believes it’s important to treat people kindly, but, at the end of the day, he only cares about the people around him. The Nebraska-bred featherweight prospect doesn’t mince his words and isn’t lacking confidence, whatsoever.

“If you’re not a part of my team, not a part of my family, then I don’t really give a s*** about you,” Dawson told UFC.com. “I think I’m the best in the world. I think I’m going to prove I’m the best in the world, and I think it’s going to happen a lot sooner than later, so why shouldn’t I say that? Why shouldn’t I come tell you what’s up and then do it?”

To his credit, his record thus far backs that self-belief. The 26-year-old boasts a 15-1 record with 14 finishes and is coming off back-to-back second-round submissions. His most recent victory against Darrick Minner was bittersweet, though, after Dawson came in 3.5 pounds over the featherweight limit.

Even with the relatively dominant win, Dawson was apologetic afterward and said no performance could take away the scar of missing weight. The incident caused him to reflect on his habits outside of fight camp and what came from that was a revamped dedication to nutrition.

“I don’t drink. I don’t do drugs. I don’t do anything really outside of training and staying at home, so my vice is eating all the time,” Dawson said. “Eating whatever I want whenever I want, and I’m still young, but I’m getting older. As I get older, I get bigger. I used to be able to eat 10 packs of donuts and go train and the weight would come off easy. I can’t do that anymore, and it’s really opened my eyes to how much I can get away with. Now it’s like, ‘Hey, man. Let’s be professional about this.’”

Dawson said his dedication to clean eating helped him feel better throughout camp, and it also makes the once or twice a month cheat meals all the better. Talking to Dawson, it’s easy to see that he is the type of person who attacks any new habit with high levels of dedication. When he discovered the UFC in high school, he set his mind to becoming a champion, and all potential distractions evaporated on the spot.

Cutting out partying, drinking and drugs in high school is one thing, but as he climbed up through the local and regional scenes and found high levels of success, an occasional straying from the straight-and-narrow path would be more than understandable. Not for Dawson, though, who has kept his group around him small and focused toward his central goal.

“I realized I’m kind of a boring guy,” Dawson said. “I enjoy anime and Star Wars and playing video games. It’s really easy. I have very, very few friends that don’t do MMA, but sometimes, they’ll be like, ‘Hey, let’s hang out,’ and I’ll be like, ‘Cool, come to the gym.’ That’s where I hang out. My friends are at the gym. If you don’t train at the gym I’m training at, really, you’re not going to see a whole lot of me. I’m not hard to find, but people don’t want to have to go through what they have to, to find me. My circle has really stayed the same.”

Training out of Glory MMA in Missouri, Dawson takes pride in observing the veterans around him and learning from any mistakes they have made in the hopes that he can avoid those things as he chases a title. One of those cautionary tales is pushing too hard too fast and putting himself in a situation in which he might not feel fully prepared. 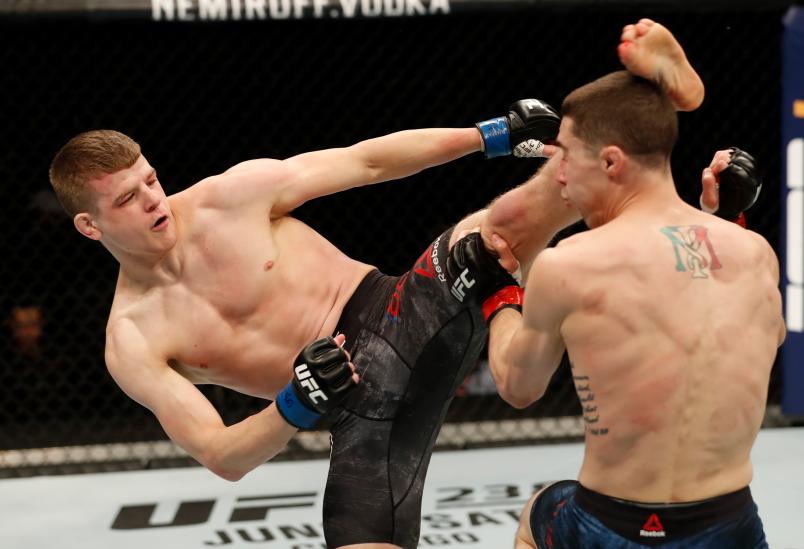 Despite his unmistakable intention of winning the belt, he has no sense of urgency to win it by a certain age or in a certain time frame.

“I don’t want to rush myself into these spots where I’m going to fight some person who is a bad matchup for me (and) if I win, I get a title shot, but if I lose, I’m gone,” Dawson said. “I want to work my way to where he’s not a bad matchup for me, anymore. I have the experience to hang with him. I have the skills to hang with him, and just kind of seeing those mistakes that my coaches and my teammates have made have really helped me understand what the path to success really looks like.”

Currently, that path has Dawson meeting Nad Narimani on Fight Island for a July 18 bout. Dawson said he believes his opponent is a good everywhere but not great anywhere type of fighter, even going as far to say he is a “poor man’s version” of himself.

He feels this way, because in his own words, he’s a bit of a sleuth on social media.

“I will get the takedown, and I will submit him in the second round.” 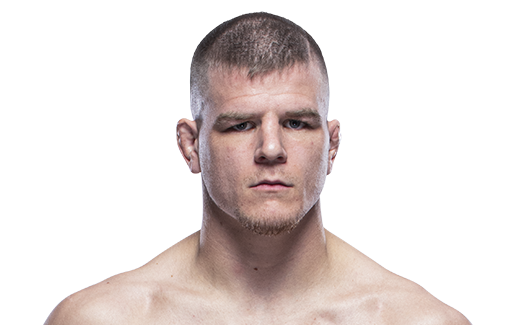 Although Dawson’s goal is to get the fight to the canvas (11 of his 14 finishes have been submissions), he said he is just as confident in his striking as he is his grappling, but his path of least resistance so far in his career hasn’t required him to show much of his talent on the feet.

With that in mind, Dawson knows he’ll come across someone who can fend off his takedowns soon enough and is well-prepared for that eventual reality.

“We’re not all Khabib Nurmagomedov,” Dawson said. “We can’t all just bully fighters like that. There’s going to be somebody that’s going to stuff a takedown, and I’m going to have to strike with somebody at some point. Having experience in the cage with striking will help me. I do think this is a fight I can bring that out with. A lot of the time – and this happened in the (Michael) Trizano fight – I’ll take a shot just to see if they can stop it. When I fought Julian Erosa, no way he could stop it, so I was just like, ‘Cool, I don’t have to strike with him. I can take him down whenever I want.’ When I fought Trizano, I felt him. I was like, ‘Okay, he can stuff shots. I have to set these up. I can’t just barrel through him like I did against Erosa.’”

Dawson talks like a future champion and seems to have the mentality of one, too. Three fights into his UFC career, he’s done well to establish himself as a name to watch in the vaunted featherweight division, where it might take an up-and-comer a few more fights longer to reach the top 15 than in other weight classes.

Even so, Dawson is happy with how his career has gone so far, but now, as he searches for his fourth win in the Octagon, he is looking for more mainstream validation as well.

“I think that everything the UFC has done for me has been outstanding and way above their part,” Dawson said. “I do, however, feel disrespected by the common man. I am 15-1 with 14 finishes. I have never lost a round of my career other than a fight where I got flash-KOed. All of these fans, even the guys that know what they’re talking about, they’re talking about guys like Bryce Mitchell, who is an interesting character, and I believe he is a good fighter, but they like him because he wants camo shorts. I really feel disrespected in the sense of what I have to offer.”

That pursuit of adulation from the general MMA fandom has as big of a launching pad as Dawson could hope for. Competing on the mythical Fight Island on one of the last weekends where most American sports leagues are inactive amidst the coronavirus pandemic lends one to believe there will be an increased number of eyeballs on all who step inside the cage on July 18.

In Dawson’s mind, all he needs to do on Saturday is exactly what he has done so far in his career, and there’s little reason to think he won’t execute when the cage door closes.

“I am a finisher,” Dawson said. “I think that when I finish Nad, I’ll be 16-1 with 15 finishes and they have to give me somebody in the top 15. I really feel like that is what will push me over the top with these fair-weather fans.”