Grant Dawson Only Has One Goal

Grant Dawson's Endless Pursuit Of Greatness Is All Geared Toward Becoming A UFC Champion And Until He Achieves It, He Won't Let Anything Stand In His Way.
By Thomas Gerbasi, on Twitter: @TGerbasi • Mar. 18, 2021

Want to know how much Grant Dawson has invested in the fight game? A month out from his Saturday bout against Leonardo Santos, and a day before his 27th birthday, where was young Mr. Dawson? Driving to watch a fight, of course.

But that’s the price to be paid for not just being one of the top prospects in the UFC, but someone who is gaining plenty of notice for his work in the Glory MMA gym, where he’s respected as a teammate and a coach.

“That means everything, and one of the reasons why I feel like that is because it’s been a trial by fire,” Dawson said. “I've been rolling with these guys, I've been sparring with these guys for years, so for them to recognize me as a coach or to recognize me as somebody that's moving up in the world and they're willing to take my advice and take my instruction in a practice or whatever it is, it really just means how far along I'm coming. When you have other UFC fighters listening to the younger guy, that has to mean something. That has to mean this kid's really good or they understand that there is some value to what I bring, so it really does mean a lot to me, especially with my teammates, who I feel are so good.”

That team in Lee’s Summit has been one of the most notable of the last 12 months, led by head coach (and UFC vet) James Krause, and while wins on the highest level of the sport certainly helps bring attention, Dawson and crew have been on the scene for years, so this isn’t some new squad that just fell out of the sky and into the Octagon. But, “KGD” does appreciate that the gym’s higher profile is bringing in even more high-level fighters.

“It's nice to be recognized, and the coolest part is there's more UFC fighters that are coming and training with us,” he said. “We have Darrick Minner that's doing his camp here now, Sean Woodson was doing his camp with us, and these guys are realizing what value James brings and what value our teammates bring. And so a lot of these bigger names are starting to finally come into Glory. It's not just the homegrown guys; it's guys from out of town, which is really nice because you get a bunch of different looks. I feel like James is finally getting his credit and I think that it's just gonna keep growing.” 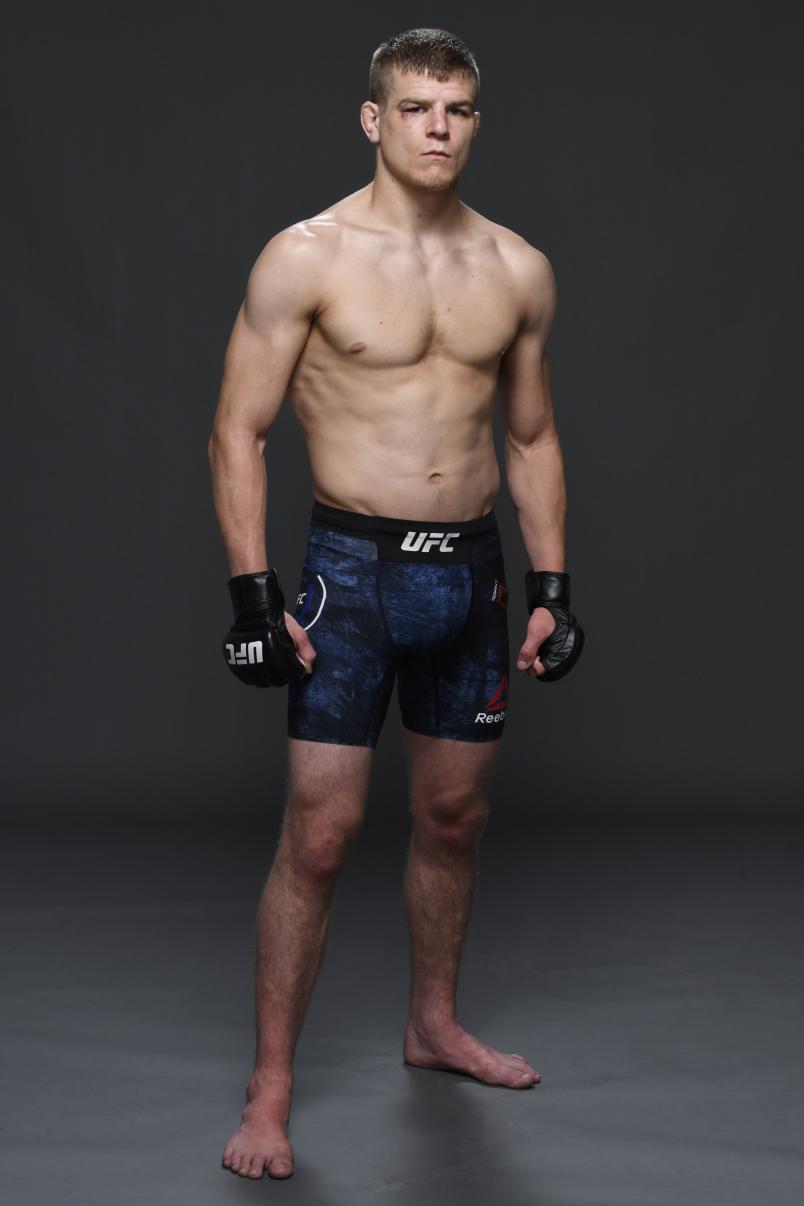 Speaking of growing, Dawson will be making his UFC debut at 155 pounds this weekend after a run at featherweight. For the Wisconsin native, this will be the home for what he hopes will be his first title run.

“The move to 155 is definitely gonna be a permanent move,” he said. “I think it's better and I think that it will help me be able to move on to fighting more times a year because being able to make that weight more times a year is going to move me towards taking short-notice fights.”

Dawson got to make the walk twice in 2020, defeating the aforementioned Minner and Nad Narimani to extend his current winning streak to seven and his overall record to 16-1. And now he’s jumping into more deep water among the lightweights, starting with Santos, who has never lost in eight UFC bouts. That’s the good news for the Brazilian. The bad news is that those eight fights have taken place over nearly eight years. That makes him a dangerous foe for Dawson, but if he beats Santos, he may not get the proper credit he deserves given the former TUF Brazil 2 winner’s sporadic appearances. Not surprisingly, Dawson doesn’t care.

“They (the UFC) don't call me,” he said. “They call my manager and my coach and they know what the goal is. Years ago, I told them, ‘Don't even ask me. If you like the fight, say yes and we'll do it.’ So it really wasn't a decision I made; it's a decision that my team made and I'm cool with it. I think I'm one of the best in the world, I think I'm going to be the best in the world someday soon, so whoever they put in front of me doesn't really matter as long as it gets me closer to that title shot and somebody who's undefeated over Kevin Lee and Stevie Ray, that's definitely something that's gonna push my name forward, if not with the fans, at least with the promotion.”

Can’t argue with that logic, because the UFC and hardcore fight fans know how dangerous Santos is, so a win at the APEX will be a big deal, especially for his debut in the division. And after that, well, Dawson is a young man in a hurry, but not a foolish one, so he wants to get to the top, but only when the time is right. 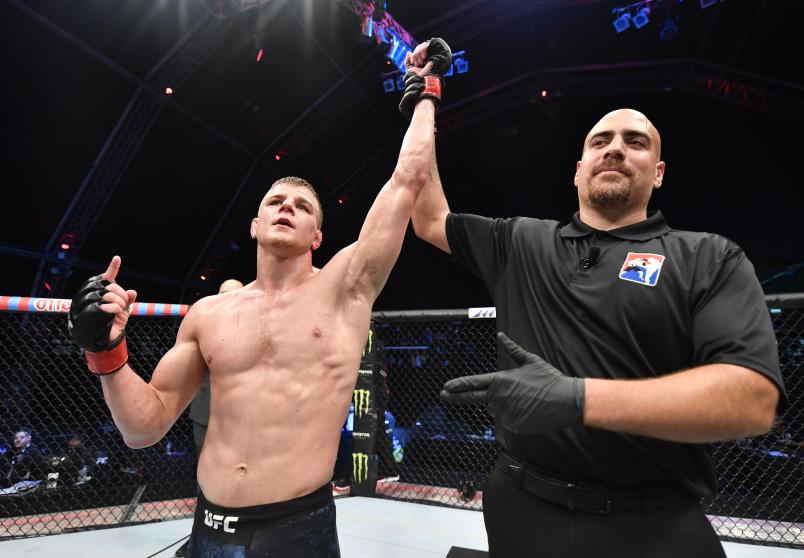 Grant Dawson celebrates after his victory over Nad Narimani in their bout during the UFC Fight Night event inside Flash Forum on UFC Fight Island on July 19, 2020 in Yas Island, Abu Dhabi, United Arab Emirates. (Photo by Jeff Bottari/Zuffa LLC)

“Obviously, I want to get the belt as fast as possible, but the goal isn't to be the youngest champion, the goal isn't to be the longest reigning champion; the goal is to be a champion for at least one night,” he said. “If I end this career as champion for one night, this whole thing will have been a success. And if I end it at 28 or if I end it at 47 and I finally get that belt, it doesn't matter to me. The only thing that matters is that I get that belt wrapped around my waist for at least one night. The greatest feeling in the world, that's what I'm working towards every single day. I know it's gonna be a long road, but I don't really care, and I actually think it's gonna be a shorter road than most people think.”