Grant Dawson Feels Like His Old Self In A New Place

After Moving To Florida, Grant Dawson Believes He Is Now In The Right Spot To Make The Most Of His Potential
By Thomas Gerbasi, on Twitter @tgerbasi • Apr. 28, 2022

Grant Dawson tries to play it cool in his new gym, but sometimes that’s just not an option.

“I honestly don't think that's gonna go away,” he laughs when asked if he gets a little star-struck walking around the American Top Team facility in Coconut Creek, Florida. “Because I'm not just a fighter; I'm a fan of the sport and you gotta not be that annoying guy that's like, 'Oh my God, I'm sitting next to Junior Dos Santos just casually on Tuesday.' But in my head I'm gonna think it.”

Dawson talks of having Jorge Masvidal giving him pointers in between sparring rounds, there are photos on his Instagram page with Thiago Alves, Mike Brown and Thiago Moises, and in a gym that only houses pro fighters, “KGD” feels at home.

“This is how it is supposed to be,” Dawson said. “I'm training with the best of the best, so if I have a good day or anything works against these guys, I know it's going to work in a real fight.” 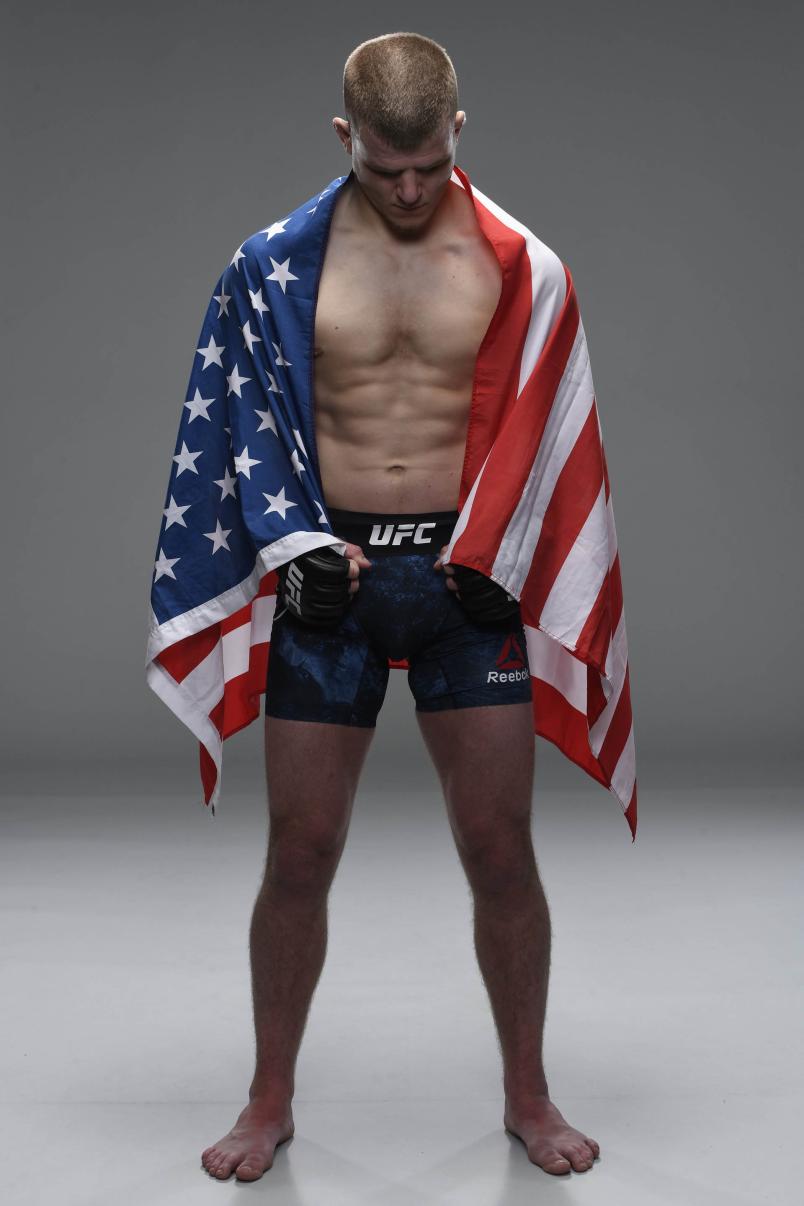 Grant Dawson poses for a portrait after his victory during the UFC Fight Night event at UFC APEX on March 20, 2021 in Las Vegas, Nevada. (Photo by Mike Roach/Zuffa LLC)

The 28-year-old has long been synonymous with his previous team at Glory MMA in Lee’s Summit, Missouri, and his connection with that squad went far beyond just showing up for his sessions. He was a coach, training partner and cornerman for the James Krause-led squad, but after a listless performance against Ricky Glenn, Dawson felt it was time for a change.

“I feel like I wasn't happy in Missouri,” he said. “I was feeling burnt out, but I was ignoring it and then I went out and had a very, very bad performance in my last fight. I was good enough to not take a loss in my worst performance in the UFC, so that's nice, but it was an eye opening situation for me and I decided that it was the final straw and I needed to make a change for my own mental health and my own career. I had to do what was best for me, and it was a very, very tough decision to make, but ultimately, I do believe it was the right one.”

Among his former team, there were mixed reactions, but the die was cast; Dawson was heading to the Sunshine State.

“I think half were shocked, and the other half were kinda like, you know, this is probably what's best for you,” Dawson said. “They said, ‘Get some different looks, get some new looks, also get some better weather.’ A lot of people don't know this about me, but in my last couple of years, I've just been getting sick so much, and I don't think it's because it's cold. I think it's because of the up and down weather that we have there. And so far - and I know it's only been one camp - but so far in Florida, I haven't even gotten a slight cold. So I do think it was the right decision for me to make for my health and for everything else and to progress my career.”

"I went to a draw in my last fight and that has been eating me alive."

Grant Dawson (@DawsonGrant20y1) is determined to defeat Jared Gordon at #UFCVegas53 and leave the UFC APEX with his hand raised 🔊⬆️ pic.twitter.com/vla3QK0PKb

It’s always risky to move camps when already at the top of the game, and with Dawson 5-0-1 in the UFC thus far, it’s safe to say he’s at the top of the game. But sometimes, you have to shake things up, and as he approaches Saturday’s bout against Jared Gordon, he will call the move a success, and not just because of the weather.

“I feel like my old self,” he said. "I feel like that 16-year-old kid jumping on the trampoline, imagining himself winning a world title. I feel like that guy that woke up at 5am to go to work and then went to training right after and was happy and excited about it. I go to bed not being able to wait for tomorrow so that I can keep training, and then as soon as I get home, all I want to do is watch film and watch my sparring rounds and try to get better. I think, finally, it's all about getting Grant Dawson to the level he needs to be at to be able to win a world title. And that's how it should be.”