A Good Time To Be Maurice Greene

Maurice Greene feels like he belongs and is grateful for the opportunities he's found in the UFC.
By Thomas Gerbasi • Jun. 28, 2019

Dan Charles can rest easy. Maurice Greene is not looking for him.

“Aw no, Dan Charles probably ain’t fighting no more,” Greene laughs. “I think his best days are past him.”

That’s probably accurate when talking about the first man to beat “The Crochet Boss” back in 2013. You may wonder why we’re discussing that fight when Greene is about to step into the Octagon for the third time on Saturday to face Junior Albini. But there is a method to the madness, considering that Greene avenged another loss his last time out against Jeff Hughes in March.

“The Jeff Hughes fight was like a coming out for me because I really wanted to get that one back,” said Greene, who dropped a decision to Hughes in April 2018. But no, there’s no revenge tour going on.

“I wouldn’t say I’m dying to get it back because I was such a different fighter back then. Today, I’d probably smoke him.”

He’s probably right. Today, the 32-year-old is not just a different fighter, but he’s in an entirely different place. After a stint on The Ultimate Fighter that could be viewed in several different ways, all of which point to Greene getting his name out to the MMA public, he showed that he wasn’t just “that guy” on the reality show, but a legit up and comer with back-to-back UFC wins over Michel Batista and Hughes. Now he’s here in his home state of Minnesota with all eyes on his next bout.

It must be a good time to be Maurice Greene. 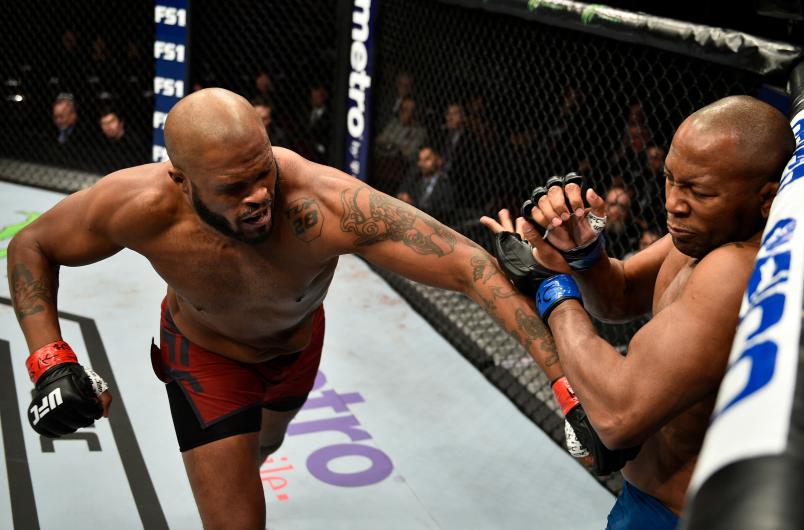 “Yeah, I guess it is,” he said. “There’s a lot of things that I can look forward to. Sometimes you tend to forget about all those good things that happen when you’re in the moment and some of that passes you by. But I get to fight at home and I’m one of the lucky ones. This is my third fight in eight months and it’s not even a year since I signed with the UFC. So I’m just grateful for all the opportunities that kind of fell in my lap.

“Everything’s about timing in this game and it took me a while to realize that,” he continues. “I was pushing to get into the UFC a lot sooner and I probably would have been in and out of the UFC at that point because I wasn’t ready. So timing is key. The Ultimate Fighter was the kickstart to all this. Now the second chapter is me doing my camps out in Colorado.”

The newest member of the Factory X squad in Englewood, Greene got in a solid first camp with Marc Montoya and his gang of killers, which includes Anthony Smith, Chris Camozzi and Dustin Jacoby, and he loved it.

“There’s no egos in the gym and that’s a big thing for me,” he said. “I can’t do the egos. I don’t have an ego, I’m just trying to get good work in. I got my ass whupped quite a bit in camp, but that’s why I went there. If you’re not getting beat up, you’re in the wrong place.”

Even better, the whole move to Colorado for camp was one suggested by manager Tyson Chartier and the man who is still his head coach, Brock Larson. That’s a rarity these days.

“Brock was like, ‘Maurice, we can only do so much here, and there’s some things we don’t have. I’m not gonna claim to be a striking coach. I know how to strike for MMA because I know what works for me, but I’m not a striking coach.’ So they thought it would be a better fit for me to go over to Factory X. And they were right.

“It feels good, coming from my manager down to my coach; it was both of them,” Greene continues. “I know of some camps that don’t let you go cross train at other gyms – they want to keep everything under wraps and a secret. My thing is, why not go and get different looks from different people? You may pick up a little tweak in something that you do that will make you do it better. That’s kind of where they’re at, too.”

And hey, he even got in some crocheting in Colorado, estimating that he knocked out around 10 to 15 hats. As for the rest of the time…

“All I did out there was train. The down time I slept.”

Greene is wide awake and ready to go now, though. It’s fight night at home on Saturday, and Maurice Green is a UFC fighter.

“It feels good to finally feel like I’m one of them and that I belong.”