It took a loss, but Mike Rodriguez gained a new perspective as he heads into his next fight.
By Thomas Gerbasi • Dec. 10, 2018

It’s easy to tell that Mike Rodriguez is getting close to fight time. A couple weeks before he steps into the Octagon for the second time against Adam Milstead this Saturday, he’s got that energy in his voice. And when the conversation turns to his first UFC bout in April, the man who will be cutting down to 205 pounds shortly uses pizza as the example for the point he’s making. 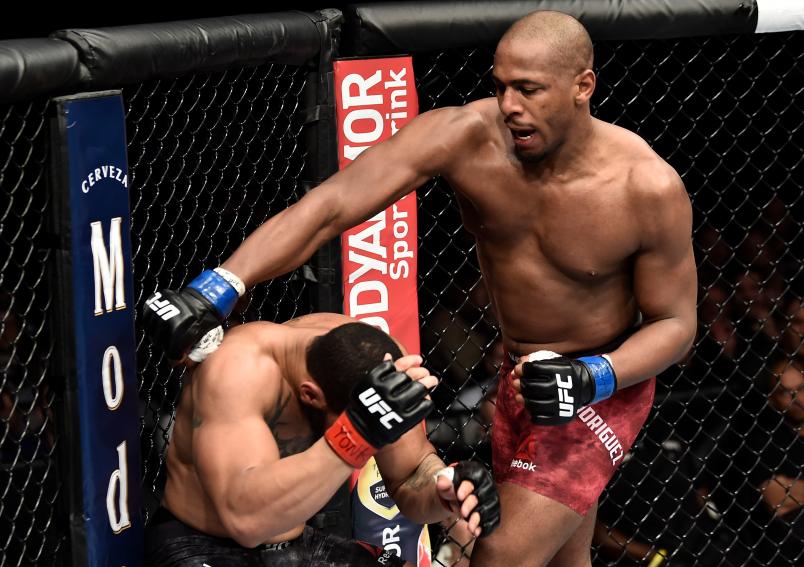 “This is a different level,” he said when comparing the regional MMA circuit to the UFC. “No offense to the local scene, but that’s like Domino’s Pizza, and now we’re dealing with straight from Italy, OG pizza.”

He laughs, and we proceed to discuss the wonders of New York pizza for the next ten minutes. Blasphemy for a Massachusetts native like Rodriguez, but at least the man knows his stuff. But back to the original point, which Rodriguez found out for himself when he lost his Octagon debut to Devin Clark at UFC 223 in Brooklyn.

“Devin Clark was a lot faster than a lot of other guys that I’ve fought,” he said. “He was stronger, he was more explosive, he was more skilled. A lot of things I usually can get away with, I couldn’t get away with. It’s a different ballgame. You’re in the big leagues now.”

Rodriguez dropped a competitive decision to Clark, and another takeaway from the fight for the New Englander was that the tools that got him to the UFC were good enough for the first chapter of his career, but wouldn’t be for the long haul if he had intentions of putting a championship belt around his waist.

That’s the bad news, that he had to take a loss to find all this out. The good news was that he was able to figure it out on the first go-round, giving him plenty to work on for the next eight months leading up to his Saturday meeting with Milstead. So does that work on new tools mean we’ll be seeing flying armbars and kicks off the cage from “Slo Mike” in Milwaukee?

“Who knows,” he laughs. “But I’ve been working on a bunch of things and I just grew tremendously as an athlete and as a fighter.”

Joining up with respected manager Tyson Chartier was the first step. Chartier introduced Rodriguez to Mike Perry at Skill of Strength, who the fighter calls “a hidden gem,” and everything started to click. But like anything in this sport, it had to all start with Rodriguez, and while he was disappointed by the loss to Clark, on the Monday after the bout, he was able to come to grips with where he was at in the sport and then begin moving forward.

“My wife says it drives her insane the way I am, because nothing really hits me or excites me until after it happens,” he said. “So the build-up, she was so happy for me that I made it, and every time she thinks about it, she starts crying because it was my dream come true, I made it to the UFC. And I’m like, ‘Yeah, I guess so.’ (Laughs) 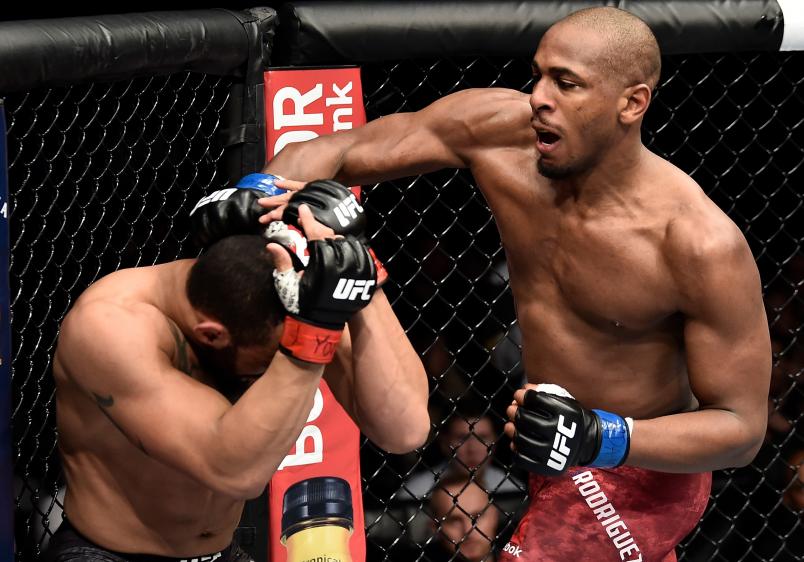 “So after the fight, that Monday I’m home, I wake up in the morning and I’m going to make my coffee and it’s like I hit a wall of emotions,” Rodriguez continues. “I started to feel angry at the fact that I lost the fight and then I went through a wave of joy. It went from a hundred percent anger to 99.9 percent joy. I was more happy at the fact that I was able to fight in the UFC. If I would have died that Monday morning, I would have been totally happy because I fought in the UFC. You made it. You’re not one of the top ones, but you’re among the small population of people who are the greatest MMA fighters in the world. It didn’t dawn on me until that day.”

Once it did, Rodriguez realized that he was a one-percenter in the world, one of the few that can call himself a UFC fighter. From there, he was ready to work, ready to build that toolbox and ready to get into a fistfight under the bright lights again.

“I feel a lot better the second time around,” he said. “I needed to get to another step.”