"For once, I actually feel liberated of the pressure because I go out there and I'm not expected to win in the eyes of everyone there in Brazil."
By Thomas Gerbasi • Jan. 30, 2019

Lyman Good is well aware that when he heads to Fortaleza, Brazil to face Demian Maia this Saturday that he’s going to hear the phrase “Uh Vai Morrer” more than a few times.

That’s okay, as he’s probably heard worse on the subway in his native New York City.

“That comes with the territory living in East Harlem your whole life,” laughs Good, cool and at ease before what is clearly the biggest fight of his career. So despite the fact that he’s facing a two-time world title challenger who has been in with the best of the best in the Octagon for over a decade, and he’s doing it in Maia’s home country no less, Good isn’t feeling the heat in the slightest.

“To be honest, I feel zero pressure going into this fight,” he said. “It's not my country, it's not my crowd and when I step into that cage, everyone, as far as I understand, they're rooting against me. So, for once, I actually feel liberated of the pressure because I go out there and I'm not expected to win in the eyes of everyone there in Brazil. So I feel great and I feel very calm and confident, and I have no pressure going into this fight.”

There could be no better feeling in the lead-up to a fight, but don’t assume that the 33-year-old doesn’t know the magnitude of the night ahead of him.

“I have a strong feeling in my heart that this is the opportunity I've been waiting for pretty much my whole entire career to get catapulted on the radar so that everyone recognizes and notices me,” he said. “It's a good fight that I think will put me in a good light where people will notice me in the welterweight division.”

People noticed Good for quite a while when he tore up the regional circuit on the east coast and picked up eight wins in the Bellator promotion. More of the same was expected from Good in the Octagon, but since signing with the UFC in 2015, he’s been limited to three bouts.

That’s the bad news. The good news is that he’s won two of those three bouts, knocking out Andrew Craig and Ben Saunders, and engaging in a Fight of the Night with Elizeu Zaleski dos Santos before losing a split decision. It’s been a good run. Now it’s time to make his move, and it begins with a tough stylistic matchup for the Puerto Rican power puncher. Good is under no illusions about what awaits him; he knows what Maia brings to the table. But he also knows what he brings to the table.

“Obviously I'm training a lot of ground work and a lot of wrestling, but the mentality going in is that I think a lot of people, because of his accolades and his experience on the ground, they go in with a high level of respect for what he's going to do in the fight,” he said, “But I know what I specialize in and what my abilities are and I know how well I can fare against him. I have to go out there and just not care about that (what Maia can do) and not let it stifle what I'm going to do when I go out there and I fight him.”

Good’s looking for a knockout. Maia will be looking to put him on the mat and submit him. There are no secrets in this fight, only how it will reach its conclusion and who gets his wish for victory. It’s two different approaches, but interestingly, one similar mindset.

“I'm looking to finish the fight,” said Good. “A fight's a fight, but one can only pray and hope that the fight ends as fast as possible and no one gets hurt. So I'm going out there to do quick work and come back home. I'm not looking to test waters and play the game that he specializes in. That's his thing. I'm gonna go out there and do my thing.” 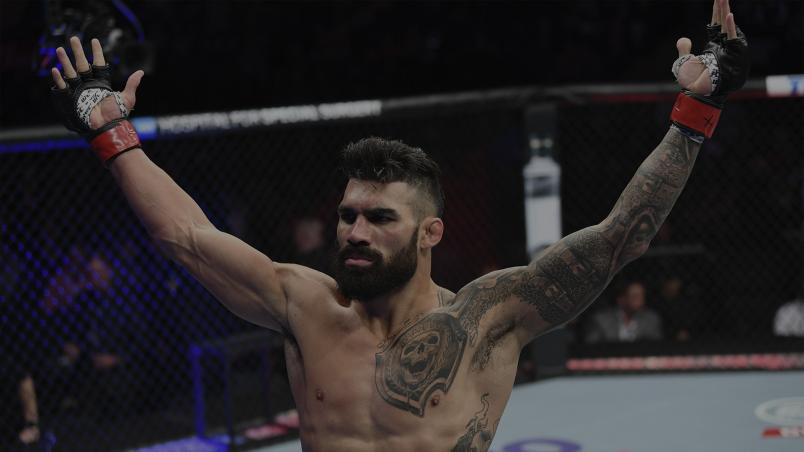 When Maia joined the UFC roster, he was asked his favorite technique. His answer:

“Submit my opponent without him hurting me or me hurting him.”

It’s a martial arts mindset shared by both combatants, and it’s not surprising, given Good’s standing as a senior member of the Tiger Schulmann Fight Team and one of the New York school’s leading instructors. These are the lessons he imparts to his students and his teammates, and it’s helped make his squad one of the leading ones in the sport, with Jimmie Rivera, Shane Burgos, Julio Arce and Mike Trizano all making their mark in the UFC.

“There's a high degree of pride that goes into saying that we're starting to make a mark,” Good said. “We're showing up on the map and on everyone's radar and it's great to see that the next generation is gonna step in and do even better work than what I've done, and that there's gonna be more people who are gonna step in the UFC and all high-level MMA platforms in the future. I'm psyched to say that I was part of the beginning and helped pave the way for it, but this is a teamwork thing and I'm proud if it's me going out there to do the work and to prove to everyone that Tiger Schulmann's is legit or if it's one of my teammates who are gonna go out there. I have no ego when it comes to that. If it's me, if it's Shane, Jimmie, Julio Arce or Mike Trizano or any of the guys, I'm just proud to see our flag out there and that the Tiger Schulmann's name is being represented.”

Lyman Good has represented the name well. Now it’s time for the rest of the world to know his name, and he’s determined that it will be a good one.

“If I'm partaking in all this trash talking that everyone's doing now, that's not who I am, that's not what our team is about, so for me to go out and lead by example, it's the number one thing,” he said. “And it's not just for my teammates, it's also for all the students that I train. I train hundreds of people on a daily basis and I'm not gonna be here forever. My time is gonna be short lived on this planet, but when I'm gone, I want to at least leave a good example about respect, humility and loyalty.”