Gonzalez proving to family that dreams can come true 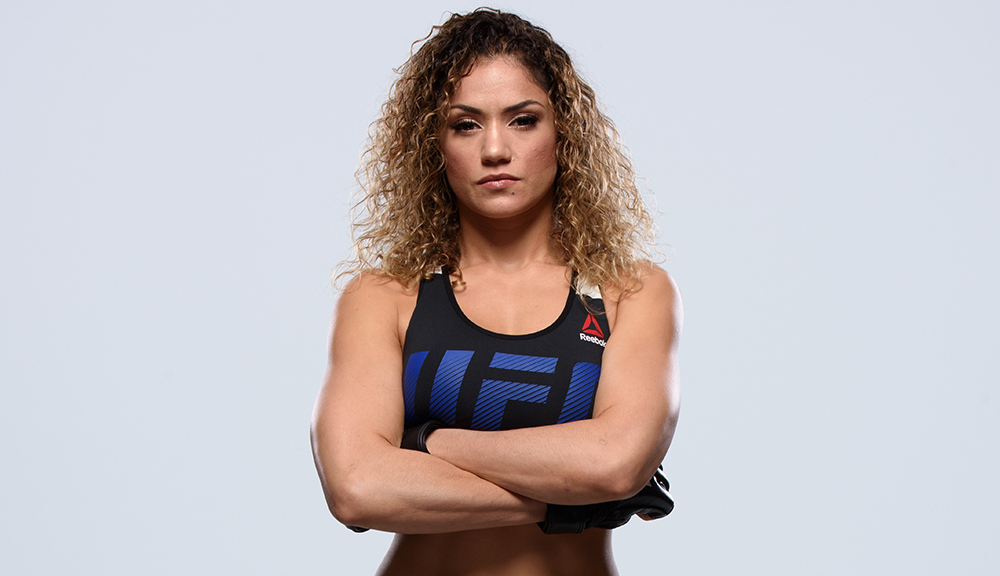 As Pearl Gonzalez prepared for her UFC debut against Cynthia Calvillo this Saturday, she spent three months back home in Illinois, about an hour away from where she grew up in Pilsen, a neighborhood in the Lower West Side of Chicago.

It was a lot more peaceful for the 30-year-old strawweight in the suburbs, but she never forgot where she came from.

“When I lived downtown in Pilsen, which is where I grew up, it was very tough being here, and being in the area of where I grew up is always risky,” she said. “It’s heavily gang-infested, there are shootings every other day, but when I come to Chicago, I stay with my coach, who lives an hour out in the suburbs, and it’s really nice. I only go to the city when I need to and I feel a lot safer in the suburbs.”

Even being a professional prizefighter isn’t enough to guarantee safety on the streets of Chicago these days. In December, highly regarded boxing prospect Ed Brown was murdered, another tragic statistic for a town in need of some hope for its young people. Gonzalez, a former Golden Gloves champion who is now 6-1 as a pro mixed martial artist, wants to be that hope.

“It’s what I live for,” she said. “I was one of those kids. Both of my parents were drug addicts, they were homeless when I was young, and I’ve literally been fighting for my life since I was born. I have 11 little cousins and nieces who are unfortunately still in that same hell, and what I live for is to prove to them that it doesn’t matter where you come from, it doesn’t matter what you are a product of. All that matters is that you dream and you stay focused and committed to that dream. I’m gonna show that to them on April 8th.”

Gonzalez, long considered a top prospect and owner of a 2013 victory over UFC vet Cortney Casey, can’t get a better showcase for that dream than on the UFC 210 main card, where she will face off with fellow up and comer Calvillo, who made an impressive splash in her debut last month, submitting Amanda Cooper in less than four minutes.

“I am a big fan of hers,” Gonzalez said of her foe. “I loved her walkout – she was so confident and comfortable and it looked like she was having a great time – and then she came out and put on a great performance. It was very exciting and quick, so I’m a big fan of hers. I think she’s very tough, she’s adding a lot of flavor to the division, and I’m really excited for this fight.”

It’s a far cry from the trash talking battles often seen before a fight, but Gonzalez, who sees no need to act tough since she has already proven herself, doesn’t get caught up in such matters.

“She’s just the next opponent, the next challenge,” she said. “It’s not personal. All that matters is what happens in those 15 minutes that I’m in the cage with her.” 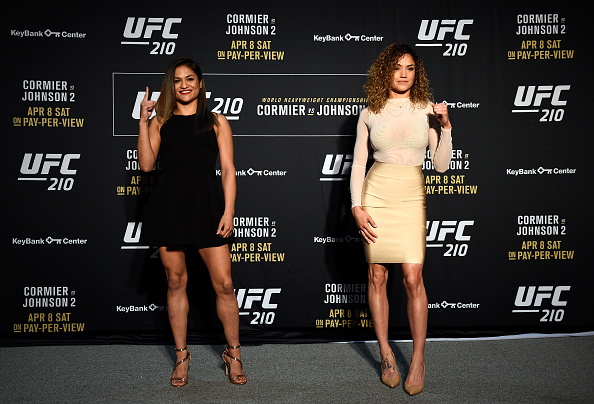 After a rough start, it’s clear that Gonzalez is well on her way to role model status in her chosen trade, and it can only get better from here. In her eyes, the only reason it’s all happening for her now is because of mixed martial arts.

“There were a lot of dysfunctional people that were drawn to the sport and I was one of them,” she said. “I found much success and an outlet for that dysfunction through fighting and, today, it’s so different. I’m disciplined, and when it comes to being out in the streets I’m not looking for a fight. I’m the exact opposite of what I was and it was because of MMA. It made me who I am today. There’s a stereotype (of fighters), but as the sport evolves, we’re showing that we’re professionals.”

And as such, Gonzalez has made the sacrifices necessary to succeed. That includes giving up time with her husband and family in order to chase a dream. Those sacrifices won’t stop now. In fact, as a UFC fighter, they’re only beginning. But she’s willing to pay that price.

“Unfortunately, this career is very selfish,” she said. “I’ve been away from home, my husband, my family for the past three and a half months and I’m a hundred percent focused on what I need to do to prepare for my debut. It has been this way for many years, and in fact I’ll be more selfish these next few years than I’ll ever be. This is a very selfish sport and I am one hundred percent dedicated and committed and I have an amazing partner that understands that this is what’s required. So my family understands and they’re so supportive of this. I’ve been dreaming of this moment since I was 21 years old and I’m here today. It’s a dream come true that I’m living and I’m just enjoying every single moment.”