If it seems like there’s no rest for Brian Hayes, that’s probably an accurate assumption. The Creative Director of EA’s UFC 4, Hayes has not taken a break in a long, long time.

For proof, just look at how Hayes and his team supported the last version of the series, tweaking and adding to the game long after its release date. That’s not going to change once UFC 4 hits the streets for PlayStation 4 and Xbox on August 14.

“Our goal is to provide our players with an authentic MMA experience that continues to feel fresh and keep players coming back for more action in the Octagon,” said Hayes. “The UFC is always evolving with new prospects and exciting fighters coming up all the time, so it’s important for us to stay as close to that as possible. We’re also going to be keeping the game alive and fresh with new updates to player customization for the Create-A-Fighter all the time. There may also be a few surprises along the way that we’re not ready to talk about just yet.”

That last sentence should be enough to get the UFC faithful on board, but then again, they’ve already embraced the series since its first release in 2014, and that’s something Hayes takes very seriously each time a new version gets developed.

“It’s great to have such a passionate and engaged community that enjoys the game,” he said. “We appreciate the perspective they bring to the table and we take their feedback seriously, as it’s helped with the direction and focus of some of the updates to UFC 4.”

This year, the focus is on the player, which you might assume is the case with every video game, but as Hayes explains, this is a different look than most have. 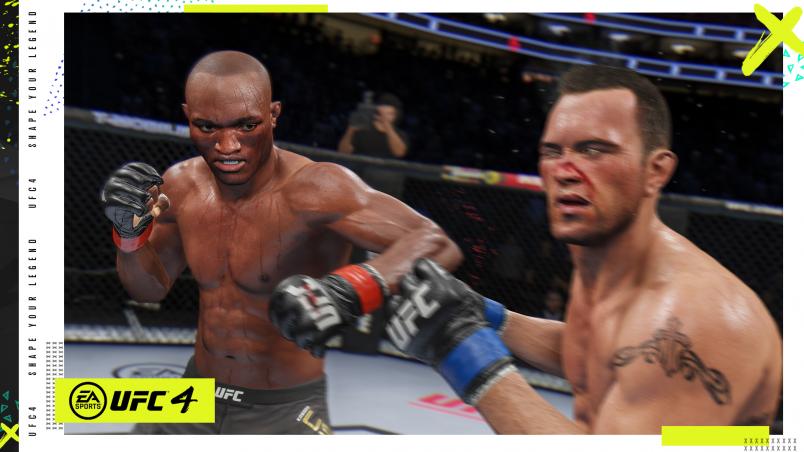 “The unofficial theme for UFC 4 is that it puts the player at the center of every fight,” he said. “We were inspired by the unique personalities that exist in so many UFC fighters and wanted to create a game where players had an opportunity to be able to create storylines as unique and extraordinary as the real fighters. We’ve overhauled career mode, introduced a unified progression system with the Connected Player Profile and added more customization options than ever before. These features will put each player in charge of their fighter by shaping their fight style, achievements and personality.”

Speaking of style, achievements and personality, few possess all three of those attributes quite like the cover athletes of EA UFC 4, middleweight champion Israel Adesanya and welterweight contender Jorge Masvidal.

“We looked at a number of fighters for the cover this year’s game but ultimately chose Jorge and Israel as they embodied some of the key elements we brought to life in the game this year,” said Hayes.

So don’t leave us in suspense, Brian. What’s new this time around? 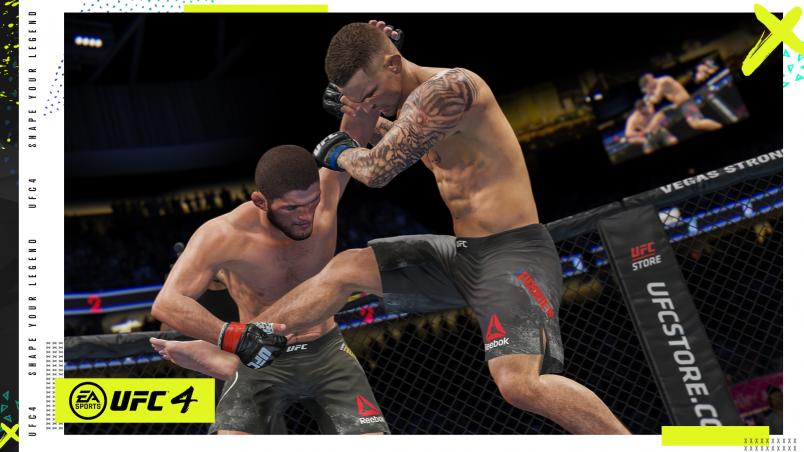 “We’ve overhauled a number of our core gameplay mechanics to provide our players the most authentic MMA fighting experience ever, including the grappling systems, the ground game, and more,” he said. “We’re also introducing new fighting environments, including the Backyard and Kumite, that will let players take the fight outside the official UFC Octagon.”

Yes, “Gamebred” can return to the Backyard and “The Last Stylebender” can test himself in the Kumite. Oh yeah, there’s a couple pretty fair boxers in the game as well in the form of heavyweight champions Tyson Fury and Anthony Joshua, who will be part of a massive roster of over 220 fighters that include current fighters and legends of the sport.

Needless to say, there will be some fighting going on in the Octagon and on video game consoles in Summer of 2020, and while the diehards are already on board, Hayes and company want to make sure everyone can throw hands and lock in submissions on UFC 4.

“It’s something we put a lot of thought into when we’re creating UFC 4, as we want the game to be authentic but also accessible for even the most casual fight fans,” he said. “We really try to focus on improving the way we teach players the controls and providing better tutorials for gameplay. When it comes to features like fighter customization, we are definitely taking some creative leaps on UFC 4, but we aim to make sure there is content appealing to both diehard fans and casual players in the mix.”

And it’s only a month away.