With Another Title Shot Within Striking Distance, Veteran Reflects On A Career Defined By Class
By Thomas Gerbasi, on Twitter: @TGerbasi • Nov. 5, 2020

If young fighters want a textbook example of how to do things right in a prizefighting career, a good place to start would be by looking at Glover Teixeira.

Class. Talent. Work ethic. Resilience. They’re all traits embraced by the 41-year-old Brazilian, who has come back from plenty of setbacks over the years to headline this Saturday’s UFC Fight Night event in Las Vegas, where he may very well be one win over Thiago Santos away from a second world title shot.

Not bad for someone who has always let his fists do all the talking for him.

“I'm very proud of myself,” said Teixeira. “I have a gym and I'm trying to be a role model for the kids that are coming up and teaching them martial arts. It's not just about going in there and being a champion but being a better person and having better character. I just want to keep going with my career and keep fighting and doing the best that I can and do it the right way. It's okay to promote the fight, but with respect. I believe in that samurai discipline and respect first.”

Teixeira’s countryman Santos, five years his junior, has always practiced that same philosophy. No trash talk, no time for bad blood because ultimately, they’re still going to have to fight. It’s served Teixeira well since his pro debut in 2002, and while he probably never expected to be fighting past his 40th birthday, he’s glad he’s still here with plenty of desire and gas in the tank. Both are important, because he’s not just fighting at 41, he’s doing so with a four-fight winning streak in his back pocket and the number three spot in the light heavyweight rankings. It’s a far cry from where he was in the 205-pound mix after a 2018 loss to Corey Anderson put him at 2-3 in five fights following a first-round knockout of Rashad Evans in 2016.

“When I lost to Corey Anderson, it was a down time in my career and the title seemed like it was so far away at that time,” said Teixeira. “They talked about the title and I say yes, of course, that's the goal. I want to be a champion, but right now I have to do a few fights first and win more fights. And now I'm on a four-fight winning streak and I'm fighting the number one contender, Thiago Santos, and I'm very excited to be that close to my goal again.” 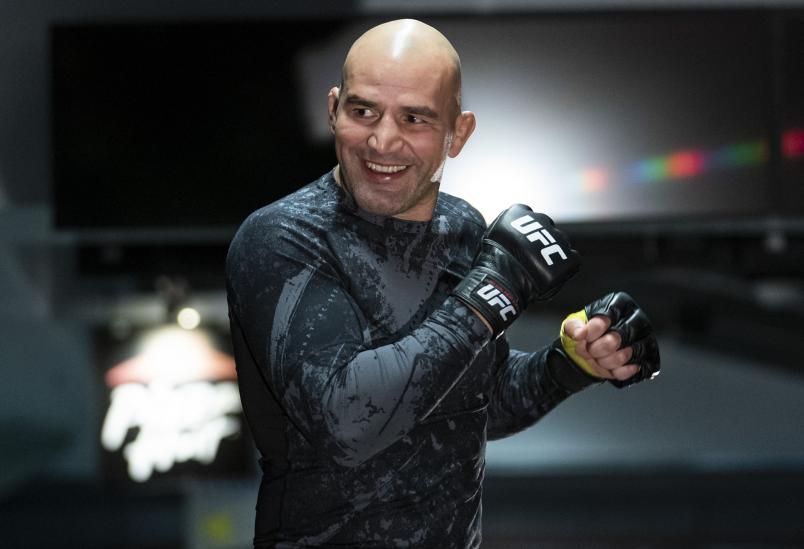 What brought Teixeira back was simple; he learned to train smarter, not harder, and he let folks like the ones at the UFC Performance Institute advise him when it came to training and eating right. More importantly, he took that advice and implemented it. And on fight night, he also let his years of experience guide him and not just his fight-ending power.

“I've been more patient, used more head movement and with the help of so many people, I have to thank everybody at the PI,” he said. “It's a big help, especially with guys my age, to help control the training. I was training too much and killing myself in training. And right now, I've been training smarter, and with the Trifecta sending us meals for the weight cut, I feel like everything is on point. There's no stress. A few years ago, I had some camps where I was thinking in the back of my mind, I can't wait until I retire. This is so hard. But right now, maybe I go like Anderson Silva to 45.” 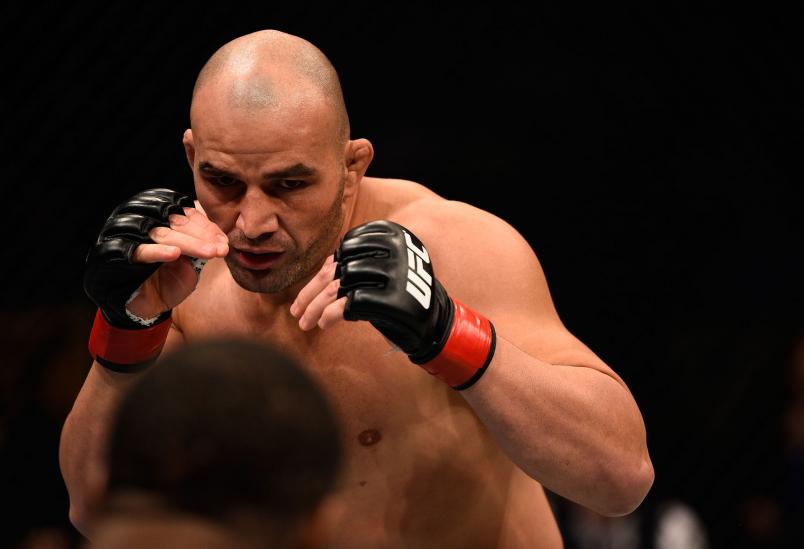 He laughs. Well, why not make it a round number like 50?

“Maybe. Like Bernard Hopkins in boxing. But five more is in the back of my mind, for sure.”

It’s not out of the question, especially the way he’s looked in using his resilience and Fight IQ get him wins over the likes of Anthony Smith, Karl Roberson, Ion Cutelaba and Nikita Krylov.

“I just feel like maybe it is the experience, maybe it's just the mind,” he said of his recent success. “Right now, I'm more relaxed to get in there and fight, and I'm always thinking about all the situations. For example, against Karl Roberson, I got dizzy there for a second with those elbows and I pulled guard right away. I pulled guard because I knew I could defend better in my guard and eventually I took him down. The same with Cutelaba. I feel like the calm and the control I have now with my emotions is much better.”

Maybe Teixeira is just a late bloomer. And what a story it would be if he does get back to a title fight, even if it’s against Jan Blachowicz and not the man who defeated him in his first shot at the belt, former champ Jon Jones.

“Jon Jones already beat me once and the goal was to get it from him,” he admits. “The thing with Jon Jones is, he's taking so long with every fight now. He fights for the belt and takes a year off. Jones was just taking his time. But eventually, if I get the title, who knows, maybe we get Jones.”

Teixeira laughs, knowing that it’s a veteran move to focus on the present and not the future. So he’s keeping his eye on Santos and Saturday night.

“That’s too much to think about right now. Right now, I'm just enjoying the time. This fight puts me closer to the belt and closer to the goal. And hopefully after this fight, I'll get a title shot.”