Years And Years Of Hard Work Come To A Climax Saturday When Glover Teixeira Competes For The UFC Light Heavyweight Title At UFC 267 In Abu Dhabi.
By THOMAS GERBASI, ON TWITTER @TGERBASI • Oct. 28, 2021

Glover Teixeira isn’t the same fighter or the same man he was on April 26, 2014, the night he first challenged for the UFC light heavyweight title.

The champion that night was Jon Jones, six successful title defenses into his reign and at the height of his powers.

“When I fought Jon Jones, they were already talking about him being one of the greatest,” said Teixeira. “Then you go in with that pressure.”

Any fight for the title, especially against a fighter of Jones’ caliber, is high-pressure. But add in the fact that many believed the 22-2 Teixeira, unbeaten for eight years, was going to upset “Bones,” and there were a lot of expectations on the Brazilian’s shoulders.

“I think for the Jones fight I put too much pressure on myself,” he said. “I did the camp too long, and the whole situation when it came to fight week, I was already very stressed out and I just wanted to get it over with.”

Five rounds later, Jones had a unanimous decision win and the belt remained in his possession. Teixeira was forced to regroup, and while he picked up some big wins in the next few years over the likes of Ovince Saint Preux, Rashad Evans, Jared Cannonier and Misha Cirkunov, by the time 2018 ended, he was 5-4 since the Jones bout and far from another shot at the title.

Yet he never stopped believing.

“No, not really, but there have been moments right after fights,” he said when asked if he ever lost sight of the dream of being a world champion. “After I lost a fight, you're kinda like…in Brazil we would say you hit the post. I fought Anthony Johnson and (Alexander) Gustafsson and I was fighting in title eliminators, and when I lost those fights, you get discouraged for a moment. But I'm always positive, I go back to the drawing board, I go back and I train and I feel good in training and fix stuff here and there and it comes to a point where I do some changing over here and go from there. And it worked. So far, it's been great, and I've been enjoying it more and more.” 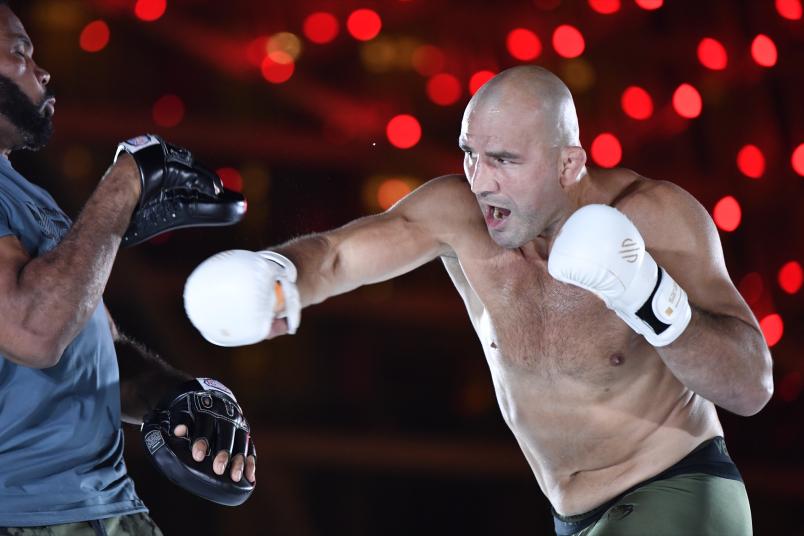 Great would be the perfect way to describe Teixeira’s body of work from 2019 to the present. Five fights, five wins, four finishes, with only Nikita Krylov going the distance with him. Those who fell to his fists or his submission game? Karl Roberson, Ion Cutelaba, Anthony Smith and Thiago Santos. That quintet of victories earned the 42-year-old an all-expense paid trip to Abu Dhabi, where he will fight Jan Blachowicz for the UFC light heavyweight title in the main event of UFC 267 this Saturday.

The comeback is complete. But for Teixeira, he’s treating it as just another fight.

“For me right now, yes, it is another fight because I feel less pressure and I'm confident. Now I'm enjoying the whole journey.”

It’s an underrated part of the fighting life. This isn’t an easy way to make a living, not by a longshot, so if you are going to do it, finding the joy in it can make the difficult times less difficult. For Teixeira, the key to his resurgence has been figuring out why he started doing this in the first place.

“This has been in my blood forever,” said the native of Sobralia. “I never trained in Brazil because they never had a gym that I had an opportunity to go to around my area. It was very difficult, and they still don't have a gym where I'm from. Not a weight gym, nothing. It's a very small town, and for me to go out (to train), I didn't have a car at the time, but I loved it from the moment I was a little kid. I loved fighting movies and I loved to kick banana trees. Now, I'm really enjoying this and going with the flow and enjoying my life, doing what I do best, making some money, and there's nothing to complain about. I pray every day, I put my hands together and thank God to have the life that I have.”

To see a comeback like this unfold before your eyes is a remarkable thing no matter who the man or woman is behind it, but to see Teixeira pull this off and be a win away from a world championship is one of the best feel good stories of the last several years not because of the degree of difficulty, but because the Connecticut resident is the good guy’s good guy, and an ambassador of the sport of the highest order. To do that when things are going well is one thing; to maintain that integrity when you’re at your lowest is quite a feat.

“Listen, it's the most difficult thing in the world if you're not a nice guy and you pretend to be one,” Teixeira said. “I know that some people do that and eventually, the mask is gonna come off. People say that to me all the time, 'Glover, you're super nice, I'm rooting for you.' I appreciate that you root for me, but don't root for me because I'm a nice guy. I'm gonna be nice no matter what. This is the way I live my life and I believe that it's better for me. It's not a benefit for other people. I'm not nice to people because it benefits other people; it's because it benefits me. I love to be like this, it's fun, it's great, and that's the way I've been my whole life.”

MORE UFC 267: Petr Yan's Shot At Redemption | Cory Sandhagen Trained Like A Champ Since Day One

Want to know how people feel about Glover Teixeira? Ask Anthony Smith, who engaged in a punishing 2020 bout with the Brazilian, who won via fifth-round TKO. He has only high praise for the man who defeated him, and it has nothing to do with his fighting ability. The feeling is mutual.

“How cool is that guy?” said Teixeira. “He's probably one of the nicest guys in UFC. All the guys that I fight, I have big respect for them.”

And not just the ones he’s beaten. Teixeira recalls a student of his from his Danbury gym noting that he always saw the longtime contender being nice with fighters he beat. That was before a trip to Las Vegas, where Teixeira and “Rumble” Johnson were having a good time razzing each other long after Johnson’s 13-second finish of Teixeira in 2016. 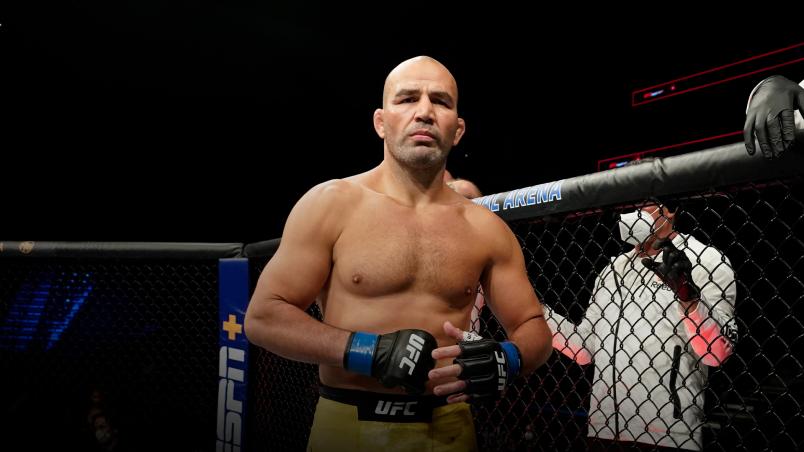 Once Teixeira learned that lesson, a whole new world opened up.

“I am serious about the training because I want to do good,” he said. “But at the end of the day, this is a job, this is a sport, and I don't take it very seriously. I'm just having fun. It's a bunch of grown men playing around, and you get paid for it.”

Watching the intensity that Teixeira fights and trains with, it’s hard to believe he’s having fun, but that gym and Octagon are the places where he feels most at home. And when it comes down to it, if he’s having fun, the results will come. That wasn’t the way he was feeling in 2014. In 2021, he can’t wait until Saturday.

“I always get upset when I lose, but I don't care too much about the results,” said Teixeira. “I just care about the way I live my life, and the results have been becoming beautiful because I'm doing this with passion, with love, without expecting much. I just know this - I am prepared, I prepared as best as I can, and I do my best in every fight. The fans know how I fight. I would never quit, and I'll never give up until somebody stops the fight either way. But I'm gonna go over there and I'm gonna get the title. I feel very confident about that.”