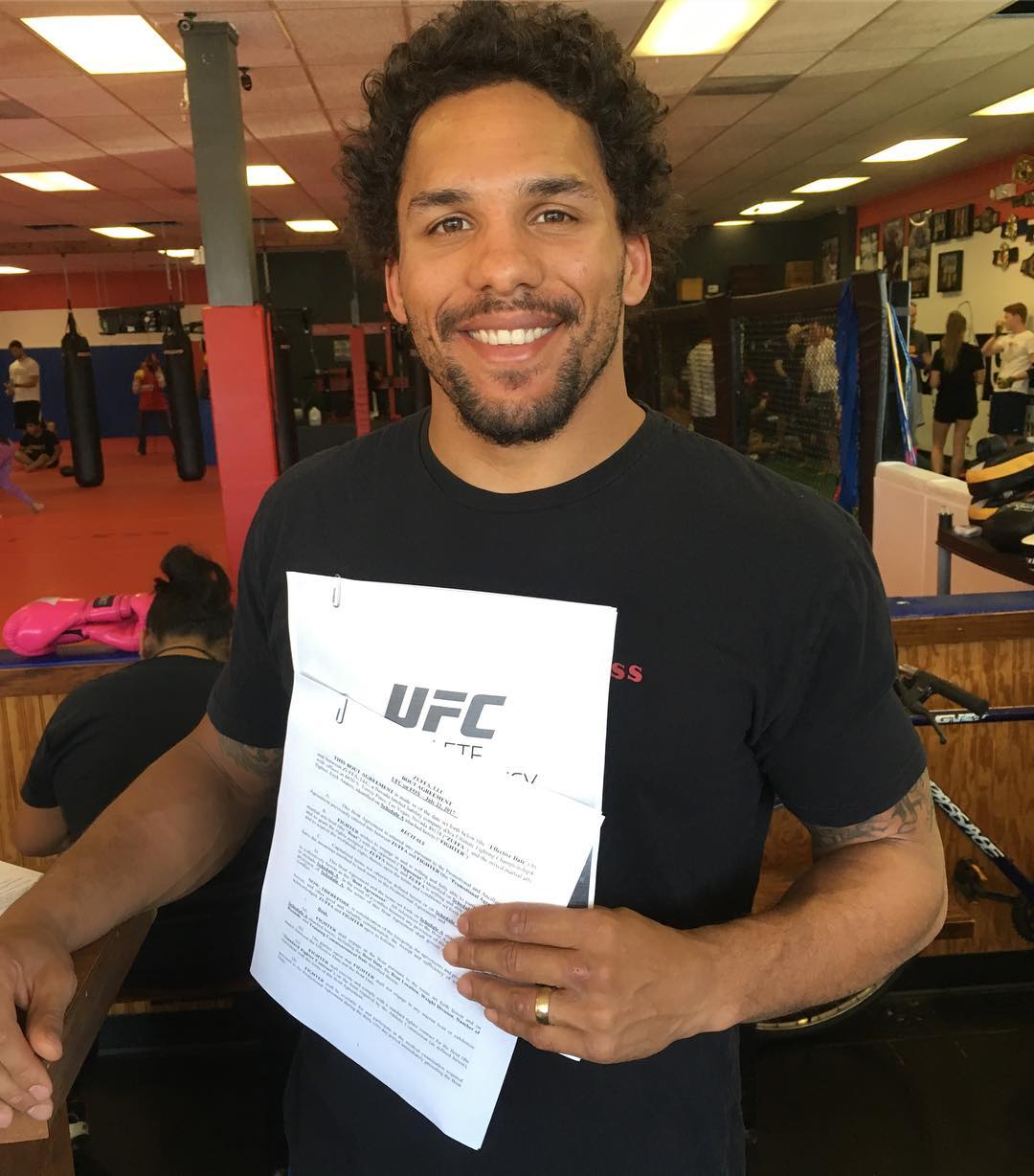 Unbeaten Eryk Anders is ready for his UFC debut this Saturday against Rafael Natal. But despite competing in the newly renovated Nassau Coliseum in Long Island, it’s always been another coliseum that the 30-year-old middleweight has pictured in his mind when it comes to fighting.

“Maybe I was born a few centuries too late,” he laughs. “I think I would have fit in perfectly in a Roman coliseum or something like that.”

His opponents thus far probably wished he was born in another time and place, as he’s been relentless in his attack to the tune of six finishes in eight pro bouts thus far. Yet the key element in his back story has nothing to do with gladiators or even MMA, but it does play into this debut, as Anders is one of the few fighters you might expect to have no first-time Octagon jitters.

“Any of my other fights for any other promotion, I haven’t really been nervous or had jitters or anything like that,” he said. “I’m sure that it will be a little bit different in the UFC, being that it’s the biggest stage that you can get to. But I feel calm, cool and collected right now and I don’t see anything that will change between now and then.”

Why? Flash back to the BCS National Championship Game in 2010, when Anders started at linebacker for the University of Alabama and, in front of nearly 95,000 people, had seven tackles, a sack and a forced fumble in a win over Texas.

After that, it’s hard to think of Anders getting rattled by anything. So he’s taken those lessons to MMA.

“Speaking to the media, performing in front of a hundred thousand people, developing your body to perform certain tasks, it was definitely a skill set that was much needed to develop me and that I’m still using now,” said Anders, who pursued other football gigs after his college career was over. But at 6-foot-1, he was too small for the pros.

The Texas native tried to acclimate to “civilian” life, but nothing clicked until he walked into an MMA gym in 2011.

“I worked several different jobs and never found a home, never found anything that I really, truly loved,” he said. “And then I walked into a gym one day and got beat up and fell in love with the sport and the struggle of MMA. I think I’m right at home.”

Going from the top of his sport in college football to the new guy in the gym in MMA wasn’t an issue either for someone who prides himself on hard work.

“You’ve got to go back to square one, but if you put in the work and the training, and you’re coachable, it’s not long before you’re no longer the low guy on the totem pole,” he said. “I turned pro less than two years ago and I’m already set to fight in the UFC. You can’t be scared to work.”

You can’t be scared to take risks either, so after going five rounds in a win over Brendan Allen on June 23, he didn’t hesitate when he got the call to replace the injured Tim Williams against Natal this weekend.

“I just said yes,” Anders recalled. “If they’re a middleweight in the UFC, I’m gonna go in there and put the whole division on notice and show them what Eryk Anders is about and who he is. I’m always aiming for a finish and never looking to edge out decisions.”

And hey, this beats a football training camp, right?