A move to Glory MMA in Kansas City, Missouri under head coach James Krause has sparked a new beginning for flyweight Gina Mazany.
By Thomas Gerbasi, on Twitter: @TGerbasi • Nov. 24, 2020

The loss to Julia Avila hurt Gina Mazany. Add in the context of the June fight ending in 22 seconds and it being her third straight UFC defeat, and the Alaska native had a moment when she believed it was the end of the road for her MMA career.

“I really thought that my career was over,” she said. “I was done fighting, was ready to hang 'em up.”

Enter James Krause, who pulled the ear of Mazany’s fiancée, UFC flyweight Tim Elliott and let him know that he felt otherwise.

“He kept telling Tim, just give me two months with her and we'll see,” recalled Mazany. “And that's what we did.” 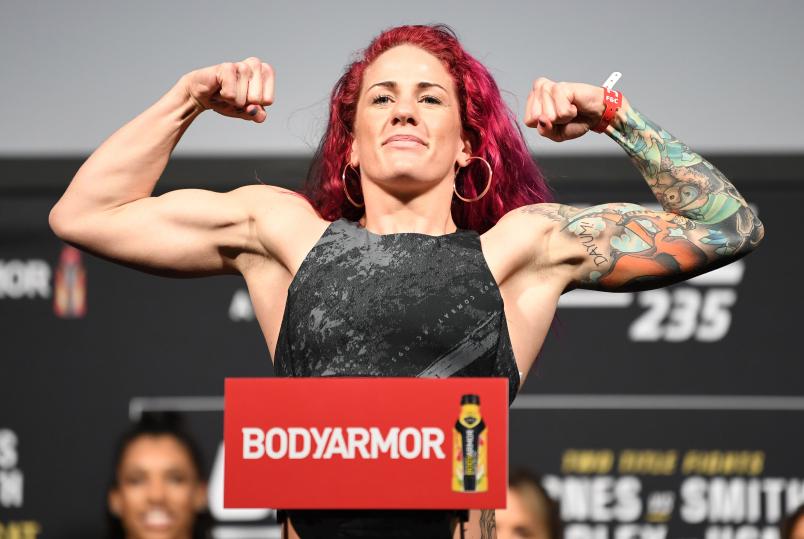 Gina Mazany poses on the scale during the UFC 235 weigh-in at T-Mobile Arena on March 01, 2019 in Las Vegas, Nevada. (Photo by Jeff Bottari/Zuffa LLC/Zuffa LLC via Getty Images)

Ask 32-year-old Mazany where she is in late-October, and she cheerily responds, “I'm in Kansas City, Missouri.”

“It's so different,” she said. “Tim and I bought a house in Vegas and loved it. We were settled and cozy for a couple months and then we moved to Missouri. I moved states, I moved gyms, I moved coaches, I moved training partners. So everything's different, even the weather. It's been different, but I kinda like it. I'm originally from Alaska, so I didn't realize how much I missed the small-town feel. I think it helps me a lot on focusing on my goals. The pretty lights of Vegas tend to get distracting sometimes, but it sucks to be without the PI and all that nice therapy and conditioning stuff. I miss that. It's been different, but I'm adjusting, and I actually like Missouri, kind of sometimes. (Laughs) The weather's a little much, but I'll figure it out.”

What doesn’t need any figuring out for the newly minted flyweight, who faces Rachael Ostovich this Saturday, is her training situation with Krause and the Glory MMA squad. She’s found a new home, and when it comes to fighting, she’s not going anywhere. 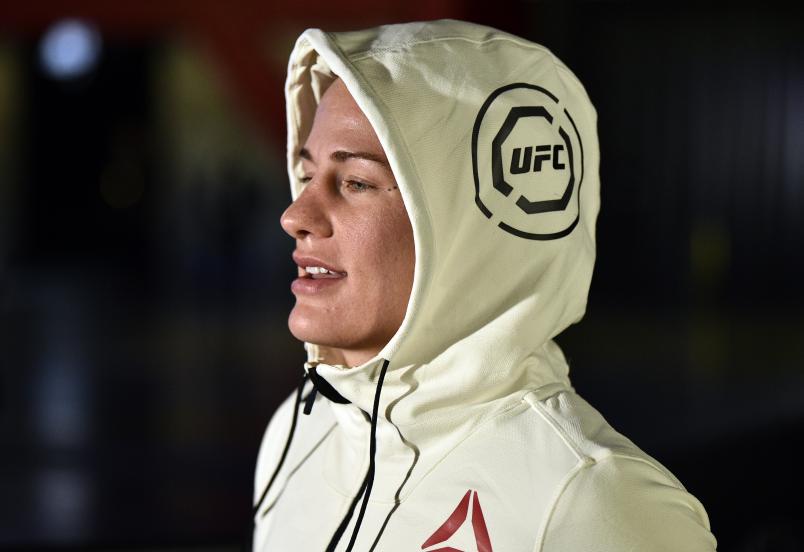 “We moved up here and it's been a game changer,” she said. “I feel like he (Krause) has really organized me a little bit. I feel like I had the tools, but I just didn't have a plan or an organization.”

And as she found out, she didn’t see the things Krause saw in her. That’s understandable in this sport, as fighters are often too close to the situation to see all angles of it.

“I think a lot of fighters, especially if you've been fighting more than five years, there comes a time occasionally when you're like, f**k this, this sucks,” Mazany, a pro since 2008, said. “Losing and getting my face rubbed in the mats sucks all during camp and then I go to my fight and I get to fight for barely 20 seconds. I think that was me just being fed up, but it was also a good, pivotal moment in my life where I gotta figure it out. Am I gonna keep cracking at this or are we just gonna stop? I'm kind of like an all or nothing person and the fact that James Krause, who, in my opinion, is a very badass fighter and a badass coach, sees potential in me, that's crazy. So, of course, I gotta heed that and go check it out. That was a huge pivotal moment. Man, I was about to quit and then one of the best coaches in the world wants me to come train with him. I've obviously gotta stick to it, and I think it's a new beginning.” 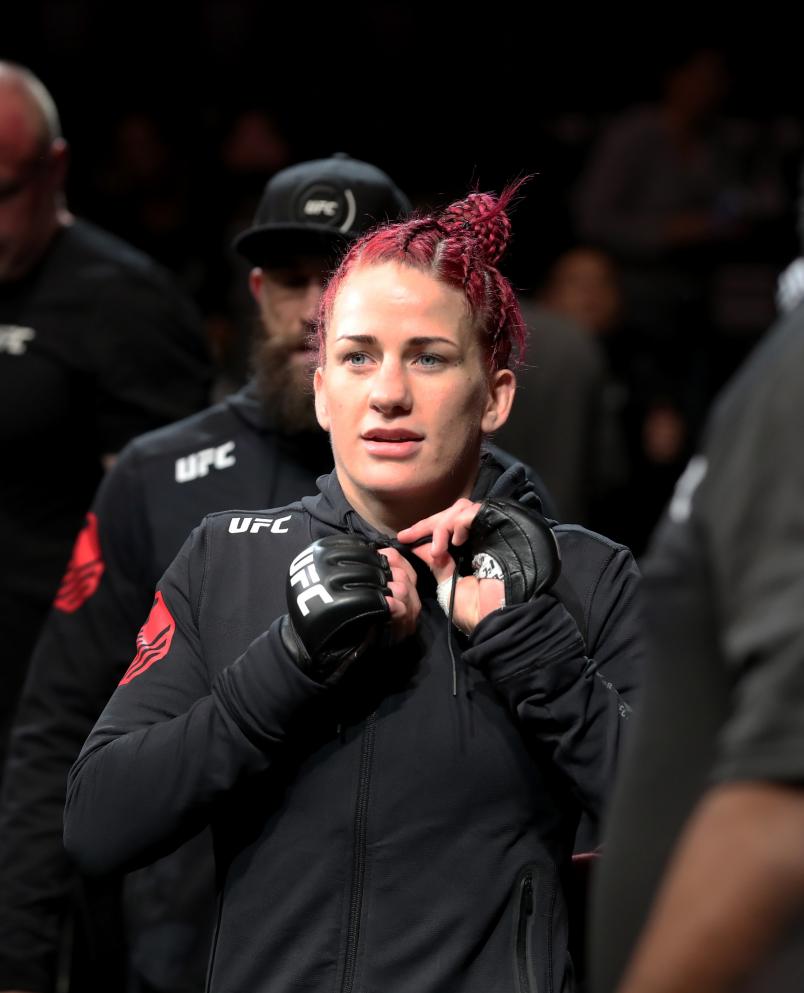 Gina Mazany prepares to enter the octagon in her women's bantamweight bout during the UFC 235 event at T-Mobile Arena on March 2, 2019 in Las Vegas, Nevada. (Photo by Christian Petersen/Zuffa LLC/Zuffa LLC)

Like she said, new states, new gym, new coach, new training partners, and new weather. What hasn’t changed, though, is the internet, and the abuse a prizefighter can take after a loss. Mazany knows this all too well, but I remind her that 99% of the trolls on social media have never been punched in the face.

“Not yet,” she laughs, and it’s this personality that has made her someone to root for. And that’s something she hasn’t forgotten as she begins this new chapter in her career.

“There's a lot of fans that genuinely want me to do well, and even when I got popped off the UFC (roster) and I was fighting in the middle of nowhere in Colorado, people were stoked about it and excited about it and watched and tuned in,” she said. “It was cool, and I do feel like there's a lot of people around me that genuinely want me to do well and I'd like to think it's because I'm a nice lady and I try to treat people kind and I also work hard. I think a lot of people see how hard I work and how much I dedicate my life and everything to the sport and I want nothing more than to be successful. And as long as I can keep on trying, I'm gonna pull some wins out; I promise that.”

Now all she needs is to figure out are the next few months in her new backyard.

“I just bought a big winter coat today, so it's fine.”