Take a look back at some of Gillian Robertson’s most “Savage” moments so far.
By Gavin Porter, On Twitter @PorterUFCNews • Mar. 23, 2021

Robertson is currently tied with Roxanne Modafferi and Katlyn Chookagian for the most fights (nine) in the UFC women’s flyweight division.

In those nine fights, Robertson has secured the most submissions (four) by a woman in UFC history. She also currently has the most stoppage wins in UFC women’s flyweight history (five) and she has the most wins in the division’s history (six).

Robertson will break that tie with Modafferi and Chookagian this weekend when she faces Dana White Contender Series alum Miranda Maverick at UFC 258. But before she does, take a look back at some of Robertson’s most “Savage” moments so far. 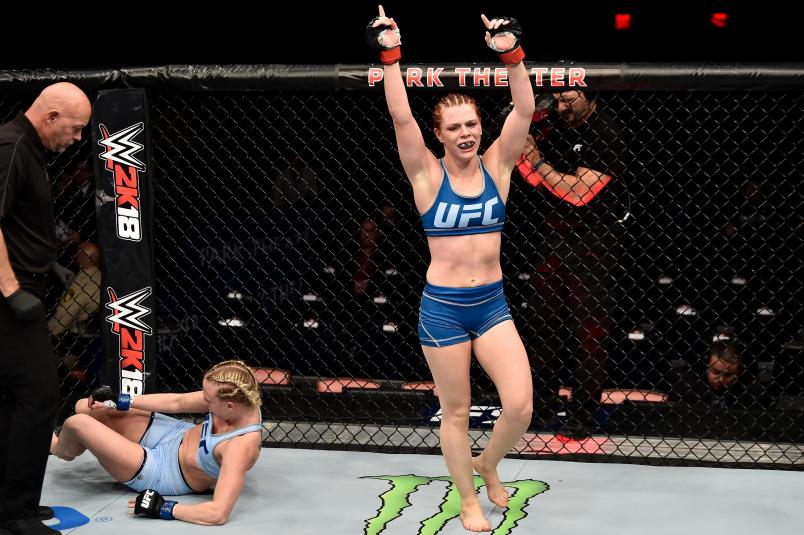 Gillian Robertson of Canada celebrates after her submission victory over Emily Whitmire in their women's flyweight bout during the TUF Finale event inside Park Theater on December 01, 2017 in Las Vegas, Nevada. (Photo by Jeff Bottari/Zuffa LLC)

The “Savage” stole the show in her UFC debut, submitting Whitmire at the 2:12 mark of the first round. That was - and still is - the fastest submission victory in UFC women’s flyweight history. 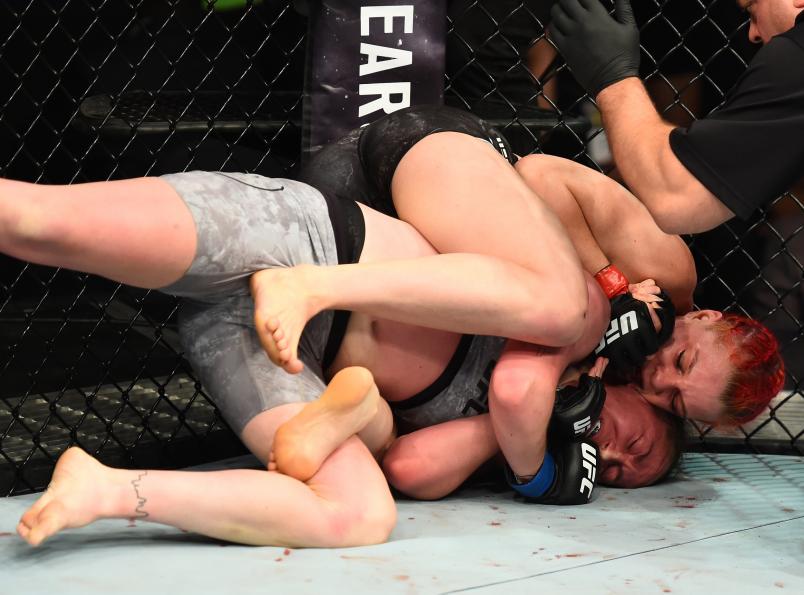 Gillian Robertson of Canada attempts to submit Molly McCann of England in their womens flyweight bout during the UFC Fight Night event at ECHO Arena on May 27, 2018 in Liverpool, England. (Photo by Josh Hedges/Zuffa LLC)

Traveling across the pond and fighting a debuting fighter in front of her home crowd isn’t an easy task. Robertson was more than happy to face the pressure in her sophomore UFC appearance, finding her groove and getting a nice submission victory over Molly McCann. 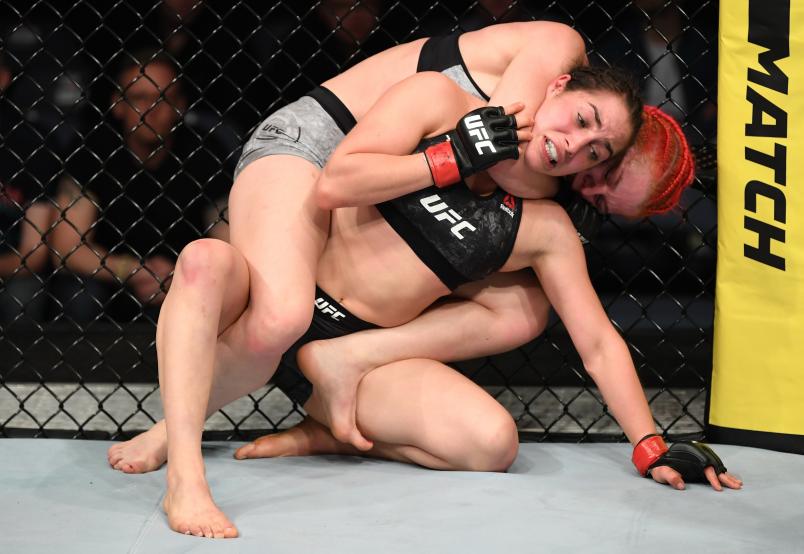 Gillian Robertson of Canada secures a rear choke submission against Veronica Macedo of Venezuela in their women's flyweight bout during the UFC Fight Night event at O2 Arena on February 23, 2019 in the Prague, Czech Republic. (Photo by Jeff Bottari/Zuffa

Robertson bounced back after her first career UFC loss in a big way, finishing Veronica Macedo by rear naked choke. 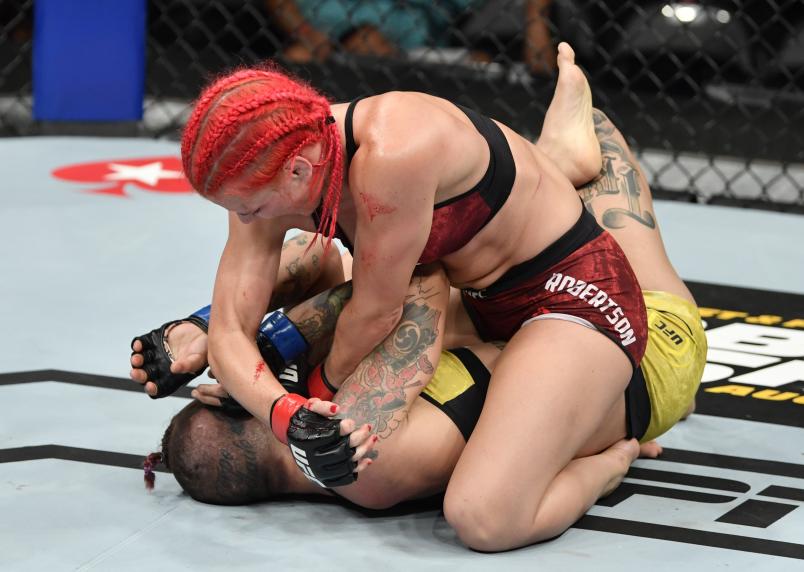 If you weren’t sure why they call Robertson “The Savage,” then watch this fight. Robertson’s strong grappling skills, combined with vicious elbows, were too much for Sarah Frota to handle, giving the Canadian her first UFC win on home soil.

With less than 40 seconds to go in the third round, Robertson could have cruised to a decision victory, but instead she chased another finish. And she got it, submitting Cortney Casey and proving that she is going to be a threat at flyweight for a long time.

Make sure you watch Robertson face Maverick on the UFC 260 prelims to see if one of Canada’s finest can add another finish to her records. The prelims begin at 8pm ET/5pm PT on TSN and RDS.