For Gillespie, winning makes all the hard work worth it 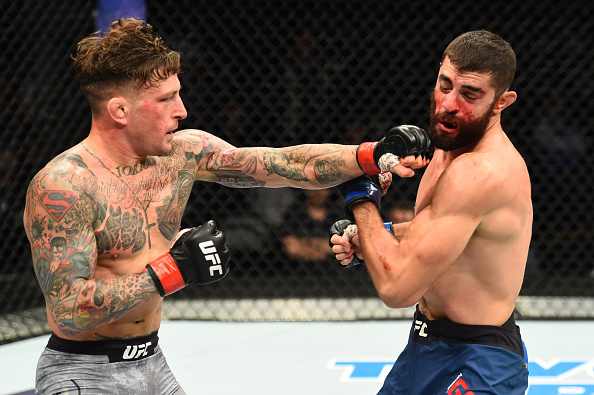 Despite being on the poster for Friday’s UFC Fight Night card in Utica, it’s a good bet that Gregor Gillespie hasn’t cleared some of the fishing equipment in the trunk of his car to make room for a dozen of those poster to bring home.

“It’s another fight,” said Gillespie, who faces Vinc Pichel at Adirondack Bank Center. “I don’t like to overanalyze, so whether you’re on the poster or whether you’re on FIGHT PASS, it doesn’t matter. It’s cool to be on the poster, but wherever you are, they all count on your record. I just want to win my fight and go fishing and hang out with my family and friends. That’s the most important thing to me.”

As this interview is taking place, Gillespie has dodged the Jones Beach traffic in Long Island and is on his way upstate for the fight. Forget plane trips and rides from the airport to the host hotel. Gillespie likes to take matters into his own hands. It’s just another reason why “The Gift” is one of the most unique prospects in the sport.

“Maybe I am, maybe I’m not,” he laughs. “I think a lot of these guys are characters, and I’m not a character. I just do me, and I may be a character, but I don’t play one.”

But what about that prospect tag? Does it bother him that after four UFC wins, three finishes and two post-fight bonuses, he still doesn’t have a place in the lightweight top 15?

LIGHTING 'EM UP HERE IN BUFFALO

“I don’t really care about a ranking,” Gillespie said. “I just care about winning the fight that’s in front of me, and I care about winning for my friends and my fans, especially when I’m at home. I care about that they’re there and that they get to see me do something that I love. But the ranking doesn’t mean anything to me because a lot of these guys talk their way into a ranking. I think a lot of the time, rankings are a popularity contest. I do like to think that I’m popular, but I’ll never be like a Conor McGregor or Colby Covington. They do a great job of being the villain and s**t talking, and I get it, but I’m just not good at that and I’m not gonna pretend to be.”

He pauses, then continues with another Gillespie-esque zinger.

“And I haven’t beaten anyone ranked yet, so I don’t expect to be (in the top 15),” he said. “I guess if someone gave me a ranking, I would argue that I don’t deserve it, that I haven’t consistently beaten guys that are in or around the top 15.”

If that’s the goal, then those days are coming sooner rather than later. And while he’s always been seen as a fighter with the potential to do big things at 155 pounds, especially on the east coast scene, now the rest of the MMA world is getting their dose of him, and he’s impressed each step of the way, making it look easy at times. But a lot of work goes into being to pull off performances like that.

“I expect every fight to be a grueling battle and a war,” Gillespie said. “I prepare for that and if it happens like that, I’m ready. And if it goes any other way, it can only go easier, which is a good surprise for me. I’m obviously trying to get finishes. I don’t want to be in there the full time. I’m ready to go the full time, I’m ready to go battle if I have to. But if it goes any quicker, then I’m happy. I expect to finish. I’m a little hard on myself if I don’t get the finish, but you’re not gonna 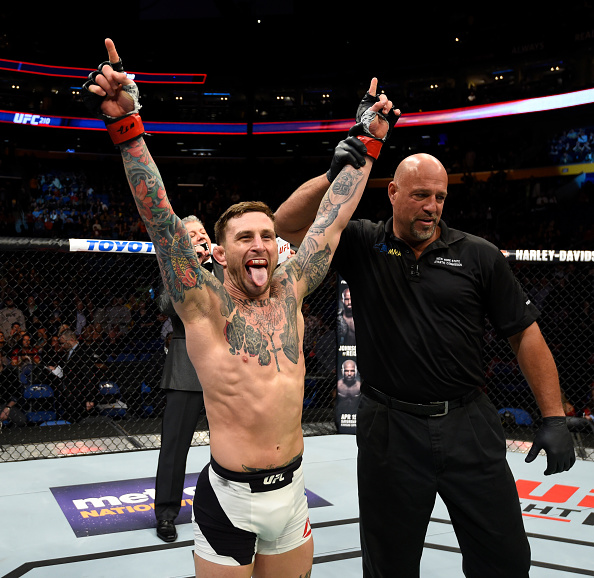 finish everybody you fight. But that’s the goal. If I do what I’m capable of doing and do what I’m prepared to do, then I should walk away with a win and a finish.”

And if he does make it 12-0 on Friday, it’s time for him to get the feeling that he’s always chasing, the one that makes all the long days in the gym worth it. It’s the same for every fighter, but few describe the fighter’s life quite like Gillespie does.

“I’ll be completely honest with you – I don’t love the lifestyle of a professional athlete,” he said. “I do 19 workouts a week – it’s grueling, I live alone and I have my fight friends, but I see them mostly at the gym and I just want to be alone at night. So I’m alone a lot of the time, I don’t have any family any closer than six hours away from me and even if they wanted to come visit I wouldn’t have time to see them. I feel like s**t most of the time, constantly tired. I still try to help some of the wrestlers around the area train, so I’m doing extra work there, and I really don’t get any easier time except one day of fishing a week. I frankly don’t like the lifestyle of a professional athlete.

“People see the fight and think, ‘Man, that’s gotta be a cool job,’” Gillespie continues. “It’s cool when you win. It feels amazing and there’s not a whole lot like it when you win. But the months that lead up to it are not pleasurable in the least. They’re not enjoyable, I don’t pretend to like it.”

So what keeps him in this? Is the proverbial juice worth the squeeze? Could a win possibly be enough?

“The short period of time after you win makes it all worth it,” he said. “That feeling is irreplaceable and such an indescribable high that I don’t know if there’s a drug out there as good as that. That’s what I do it for. I walk out of the cage and into the tunnel in the back and I’m with my coaches and we’re doing media and then I go back to the hotel and get to see my friends who came to watch. I don’t even drink but we stayed up until four in the morning at the hotel after my last fight. So that s**tty, horrible feeling of a lifestyle for ten weeks leading up to a fight, the couple days of a high after a fight makes it worth it. But unfortunately after those few days, what goes up must come down.”