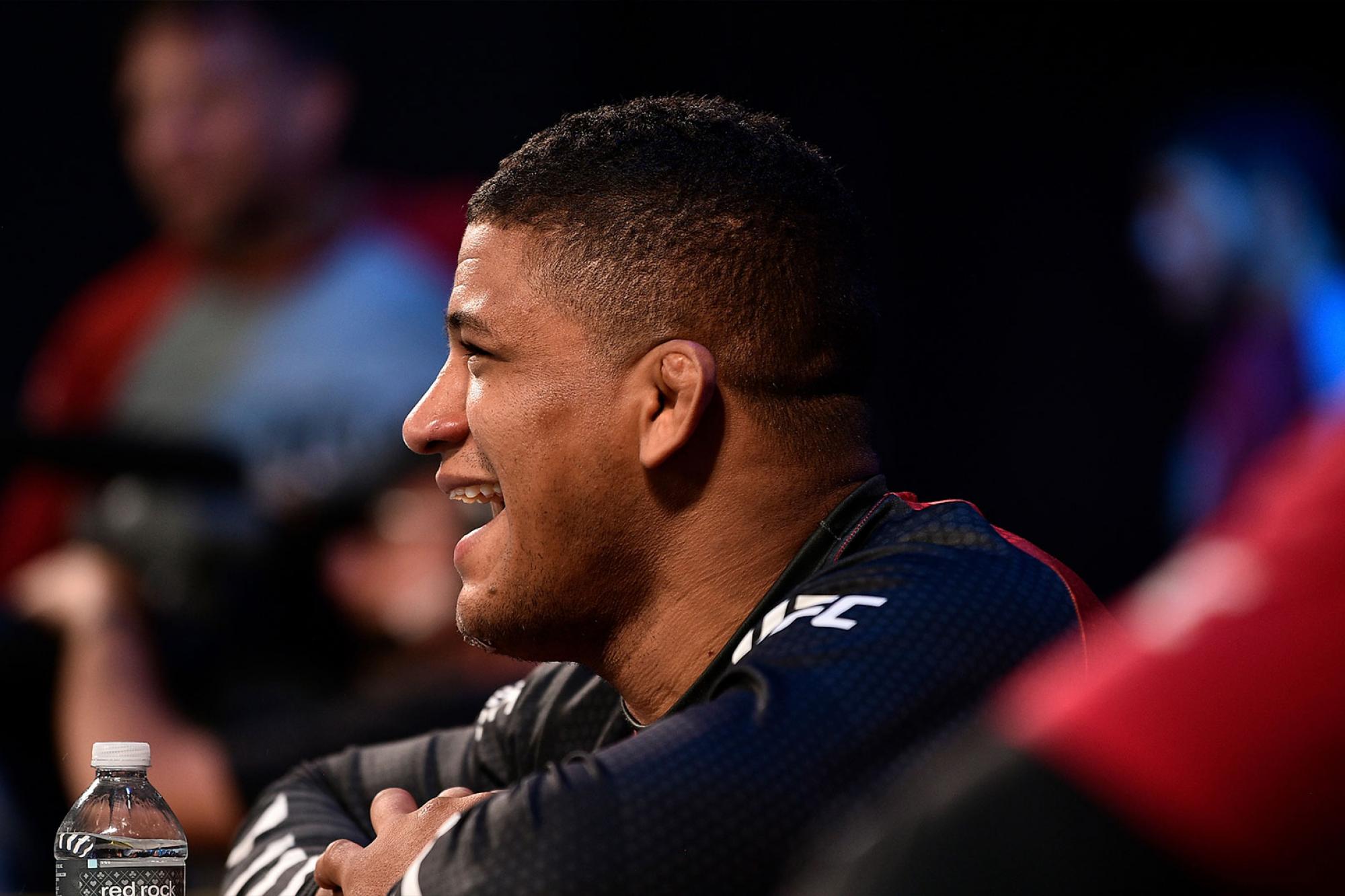 Despite his current rise among the UFC welterweight ranks, Gilbert Burns is always down for a submission contest as well
By Walker Van Wey • Jun. 8, 2020

It’s been a long time coming for Gilbert Burns, but in between short notice fights, opponents dodging him and weight class changes, the newest welterweight star has been more than content running the UFC FIGHT PASS gauntlet.

Just over a year ago, Burns, a 155er in the Octagon, was a man who didn’t even have a Wikipedia page. Despite five years and ten fights worth of UFC experience under his belt, “Durinho” was on the verge of slipping off the map altogether. No matter how many fighters the 7-3 fighter called to the cage, nobody was listening. He was a victim of being the “16th ranked man” - too much of a threat with no ranking to his name. He wasn’t worth risking the loss to.

Fielding a request from his wife, Burns called the UFC with news that he wanted to step up from lightweight to welterweight for health and recovery reasons.

And with the new weight class, Burns was off.

“I needed a lot of time to make weight at 155 but as soon as I moved up I was like, ‘I don’t care,’” Burns said. “I’m going to fight anyone. I don’t need to cut a lot of weight and I was just begging, literally begging, for a fight.”

Going from falling off the radar to piecing up number one contender Tyron Woodley in a year was a bumpy road. But where most fighters would have started to fall apart, Burns found another avenue to stay sharp.

“I had a coach that said, ‘You have to go back to Jiu-Jitsu,’” Burns recalls. “We had a great talk and after that I started competing in every single tournament that showed up. I did a lot of super fights and I could feel that my Jiu-Jitsu was coming back. After that, everything kind of clicked. That’s when I think I put everything together when I put my Jiu-Jitsu back at its highest level and mixed in my striking.”

Two months after his decision win against fan favorite Gunnar Nelson, Burns made the trip to Wales to grapple in Polaris 12. He battled to a decision but ultimately lost to the submission encyclopedia, Tommy Langaker. Barely two weeks later he was at QUINTET Ultra representing Team UFC and he then snuck in a trip to Submission Underground 10 for a match with Craig Jones before the year closed out.

“I’ve got to put my ego away, too, because when I go into super fights I might lose,” Burns explained. “A couple times I’ve lost, like at Submission Underground to Craig Jones, but it’s good.”

Sharpening his Jiu-Jitsu as well as his ego is a highlight of grappling, but Burns also has a very strong stance against being made an example of. Giving an opponent the ability to say “I beat a UFC guy” doesn’t sit well with Durinho. Being able to represent, as well as defend, the promotion he loves made one competition just a little sweeter.

“My favorite grappling event ever was QUINTET, hands down,” Burns said. “I was on Team UFC and we beat Team PRIDE, then we won against Team Strikeforce. That was dope. I love that tournament. I competed with guys like Clay Guida, Sean O’Malley, Anthony Johnson, Anthony Smith. That was a great tournament. I like that one a lot.”

Eddie Bravo prefaced the opening round against Team PRIDE by saying, “For Team UFC obviously they decided to put their best guy last. Gilbert Burns is, no doubt, their best submission guy.”

Burns proved it by being the last man alive, tasked with eliminating Yves Edwards and Kazushi Sakuraba. Burns put Edwards away in five minutes and pushed the pace enough to get the win over Sakuraba to put Team UFC in the finals against Team Strikeforce. Burns closed out the night by forcing the action against Jake Shields to earn Team UFC the victory.

Despite the number next to his name, nothing has changed with Burns. With a firm stance that all fighters who aren’t injury prone should compete in outside grappling competitions, Burns has a chance to make the run as the informal recipient of the UFC FIGHT PASS MVP award every year. With a title, without a title, any time he gets the call he’ll be there.