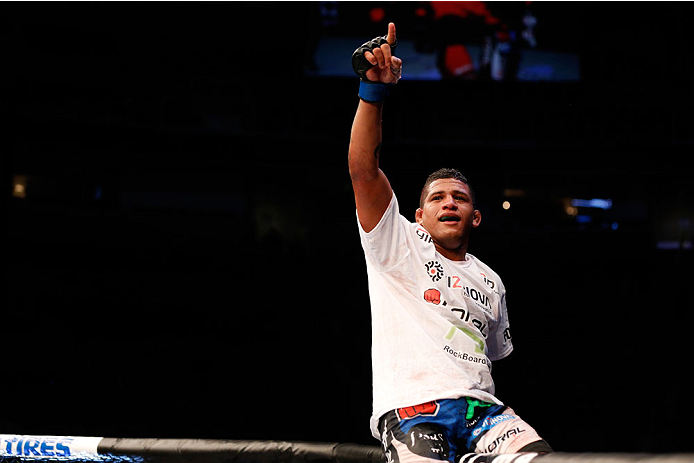 With the lightweight collective stacked with talent at every tier of the division, breaking through into the elite level is going to come with heavy lifting. And while Gilbert Burns only has a pair of showings inside the Octagon and is relatively new to the shark tank at 155, that doesn’t mean he has any intention of taking the slow road.

“Durinho” is hungry to get to the top by any means necessary, and that killer instinct is what has elevated him to become one of the top prospects in mixed martial arts.

The 28-year-old Brazilian is a multi-time world champion jiu-jitsu player and has seamlessly transitioned those talents to his new home in MMA. Burns has accomplished this task by setting up shop in Boca Raton as a member of the renowned Blackzilians, where he’s been put through the proverbial ringer by a collection of top names and established talents in the sport. The hard work in South Florida has produced solid results, as Burns has won both of his showings under the UFC banner and kept his perfect record intact in the process.

“The first time I ever came here I was a four-time World BJJ champion,” Burns recalled. “I always like to wrestle, but as soon as I moved to the Blackzilians, I met coach Henri Hooft. He brought my striking to another level. And we have so many different kinds of fighters here it really pushed me in my sparring right away. I have five top five guys in my weight class on our team and they have all pushed me to rapidly improve in my striking.

“We have so many great guys and great coaches and I’m just a sponge in there. I’m absorbing every technique I’m shown and every day I’m learning. I have a great team supporting me and I’m very thankful to have them helping me prepare for every fight.” 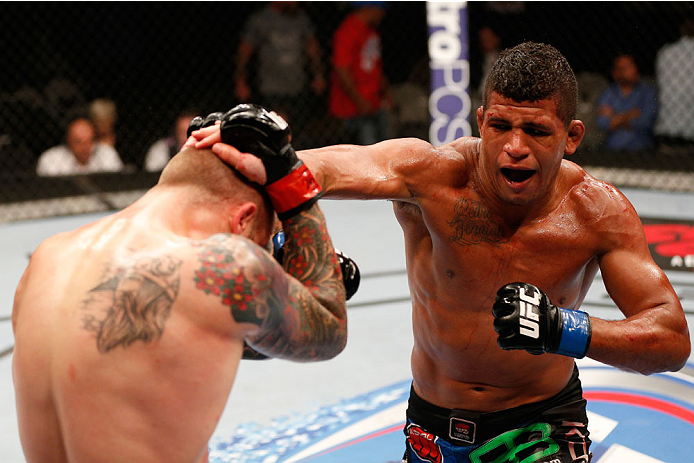 While Burns only has nine professional MMA fights on his resume, the Rio de Janeiro native has a long track record of high-level experience in the grappling realm that fueled his transition. For Burns, there were many new elements and techniques he needed to learn, but he hit the new waters with an open mind and was hungry to learn the ins and outs of his new realm of competition.

Although he admits there were some tough days in the sparring room to start, his propensity to adapt allowed Burns to elevate his MMA game at a rapid-fire rate. In his own words, Burns is as aggressive as they come, and he’s going to attack whatever challenges are in front of him with everything he has.

He is constantly adding new skills, and the already diverse arsenal he brings to combat on the canvas are tools he will consistently push to keep sharp.

“The thing with me is that I always like to compete in jiu-jitsu tournaments,” Burns said. “I just did a tournament three months ago where I had a super fight with another high level player. He’s a current world champion, and I lost, but I always like to keep my skills sharp by competing constantly. I like to challenge myself.

“I always like to be aggressive. It doesn’t matter if it’s jiu-jitsu with a gi or MMA without one, I’m always going to be aggressive. That’s my style, man. I love to push the pace in whatever I’m doing. I never like to let the fight go to the judges. If I train my hardest and do my best, no one can say anything about the way I fight. I’m gonna fight and I’m gonna get the results I’m after.”
> Watch: Gilbert Burns vs. Christos Giagos

With the amount of effort and physical investment Burns has put into his progression as a mixed martial artist, the dividends are beginning to show inside the Octagon. The South Florida transplant has already notched two victories fighting in the UFC, and his work in those bouts was impressive enough to land him a high-profile bout against top-ranked lightweight Josh Thomson.

The two scrappy 155-pounders were originally set to square off at Fight Night: Maia vs. LaFlare this Saturday night in Burns’ hometown of Rio de Janeiro, but the former Strikeforce champion suffered an injury that forced him out of the bout. The promotion scrambled to find a late notice replacement and Alex Oliveira was selected to step in for “The Punk". 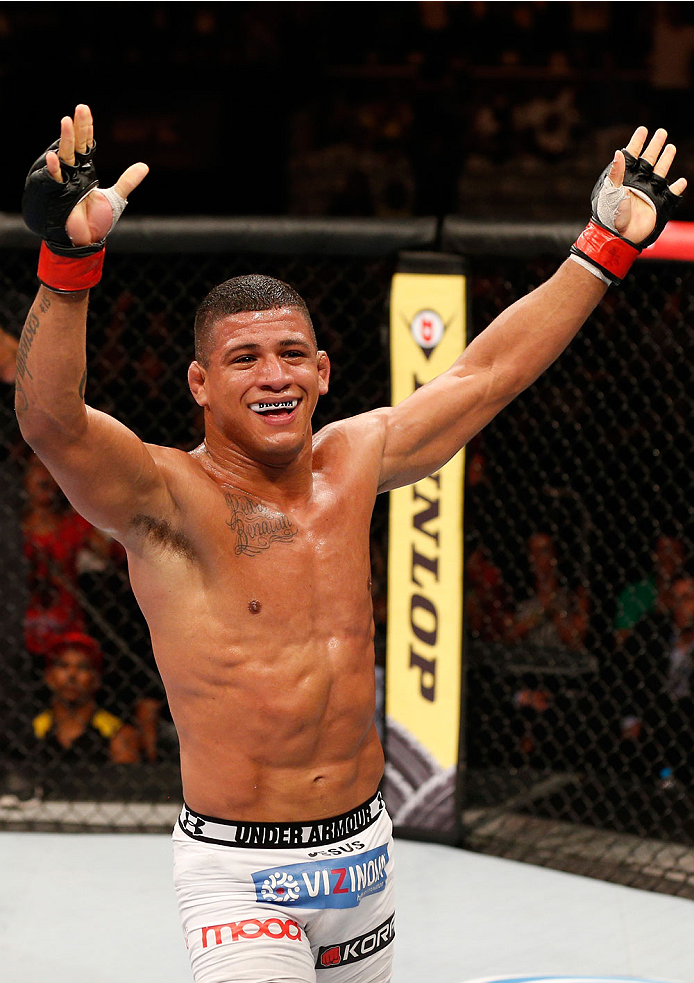 And while Burns will still get to compete in his home country and have a tough fight on his hands, he was admittedly agitated by having Thomson drop out. This was supposed to be a big opportunity in his career - a big chance to jump up the divisional rankings - and now it is just another challenge inside the Octagon.

Nevertheless, Burns is determined to still show the UFC brass he belongs in the upper tier of the lightweight division and plans to do that at the expense of Oliveira on Saturday night.

“I was upset about the change because I really wanted to fight [Josh Thomson] because of his high ranking,” Burns said. “I know it’s hard to get through a training camp without injury, but a guy who has the experience Josh Thomson has should really be more professional. At our gym we have a lot of extra things like a chiropractor and physical therapy to make sure we don’t get injured. I do everything I can to make sure I don’t get injured, but I do understand it happens. I was a little upset, but things happen.

“I have seen this guy (Oliveira) fight before and I’m very prepared for this fight. That’s why I said before I love training at the Blackzilians. We are both aggressive fighters and I think it is going to be a good matchup. I don’t care who I’m going to fight. I’m going to push the pace and put the pressure on him. He’s different than Josh Thomson, but I’m going to be able to use a little more of my jiu-jitsu in this fight. I can finish him anywhere. It doesn’t matter where the fight takes place; he won’t survive. I’m going to show the UFC and all the fans that I belong at the top of the division. To do that I need to finish all the guys I face and I’m going to finish him at least by the second round.”
> Check out the full UFC Fight Night: Maia vs. LaFlare fight card