UFC today announced that UFC featherweight Giga Chikadze has been named the 2022 recipient of the Forrest Griffin Community Award, presented by Toyo Tires. Named in honor of UFC Hall of Famer Forrest Griffin, the award recognizes a UFC athlete for their exceptional volunteer and charity work and the meaningful impact their efforts have on the community. 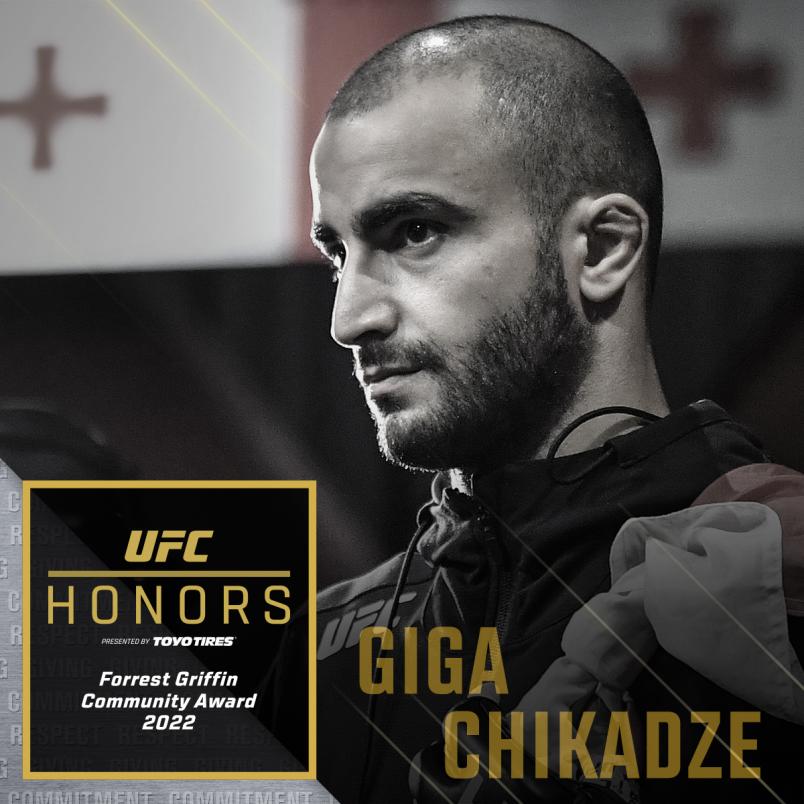 As the 2022 recipient of the Forrest Griffin Community Award, Chikadze will receive a $25,000 donation to the charity of his choice. All donations are courtesy of Toyo Tires.

Chikadze will be honored for this award during the 2022 UFC Hall of Fame Induction Ceremony, presented by Toyo Tires, as part of the 10th Annual UFC International Fight Week. The event will take place on Thursday, June 30 at T-Mobile Arena in Las Vegas and will be streamed live on UFC FIGHT PASS.

“Giga is a great role model for athletes who want to help those in need by giving back to their community,” said UFC President Dana White. “Giga sets a perfect example by making a positive impact on his community by helping those effected by cancer with anything they need, while staying out of the spotlight. He understands that it’s not about publicity, it’s just the right thing to do. It’s an honor to present him with this award.”

“We congratulate Giga on being selected as the Forrest Griffin Community Award recipient,” Toyo Tires Senior Manager for Events, Sponsorships and Motorsports Stan Chen said. “Giga should be recognized and commended for the selfless efforts to help those affected by cancer with his continued work with Knock Out Cancer, an organization he founded in honor of his mother. We are pleased to donate $25,000 in his name to the charity of his choice.”

In 2014, Giga and his sister, Keso, established The Knockout Cancer Foundation, a non-profit organization with the mission of assisting individuals fighting cancer with financial support for medical bills, chemotherapy, and medical evaluations.

The siblings launched their charity following the death of their mother, Nino, who lost her battle with breast cancer in 2013. As his mother was going through chemotherapy treatments, Giga witnessed firsthand the hardships that many families endure, which inspired him and his sister to begin assisting others in similar situations.

Since starting their foundation, the Chikadze’s have launched a series of campaigns to help raise funds for families located in the United States, Armenia, Cuba, Haiti, Ukraine, and their native Georgia, supplying financial support and facilitating donation assistance for more than 200 individuals during their cancer treatments. 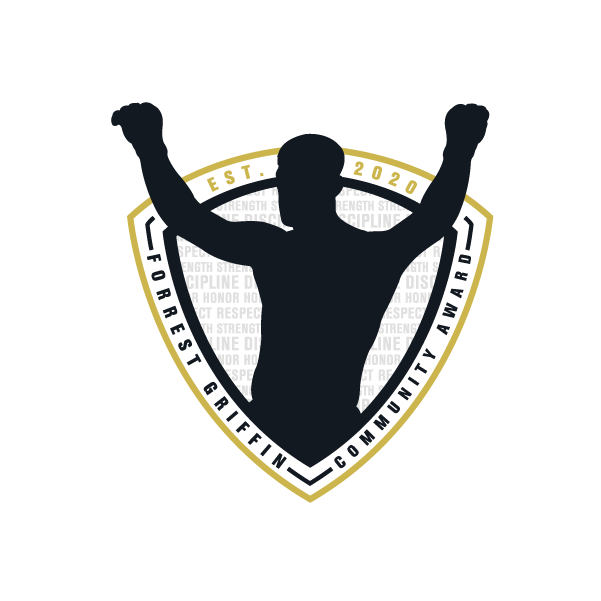 During these initiatives, Giga has also been able to use his platform as a mixed martial artist to continually raise awareness and funds by selling his “Knockout Cancer” merchandise, with all profits from sales benefitting families in need. Chikadze also pledges to donate a percentage of each of his fight purses to his foundation.

An accomplished kickboxer, Giga competed in 46 professional kickboxing bouts, securing a 38-8 record during his nine-year career inside the ring. For more information regarding The Knockout Cancer Foundation, please visit www.kocancer.charity.