Saturday’s heavyweight title challenger Jamal Ben Saddik expresses both envy and surprise when asked to describe how he felt when watching Rico Verhoeven rise from unknown newcomer to the dominant GLORY world champion over the past three years.

Envy, because Saddik’s rival holds the belt he so badly wants for himself, and surprise, because when they first crossed paths six years ago, it was the 6ft 8inch, 280lbs Saddik who got his arm raised and Verhoeven who found himself on the canvas.

“Back in 2011, I fought Rico and I stopped him in the second round,” Saddik recalled while speaking to UFC.com ahead of their rematch this Saturday, December 9 in the GLORY REDEMPTION main event from Rotterdam, Holland.

During the build-up to literally the biggest rematch in kickboxing history (Rico himself is a giant at 6ft 6inches and 260lbs) the first fight has been raised repeatedly. At the on-sale press conference, the assembled media asked the fighters to speculate as to the what import that fight would have on this upcoming rematch.

As is his fashion the 27-year-old Saddik, 32-5 (26 KOs), stated his case flatly: “I knocked him out back then and I am going to knock him out again. It’s as simple as that. All I need is one punch. When I looked in his eyes and he didn’t look happy to be standing there in front of me again. He knows what’s coming,”

Verhoeven, 28, of course, took the contrasting view. The champion said: “Look at my career since then and look at his - we’ve gone in opposite directions.”

It’s true that Verhoeven’s rise has been exponential: since that loss to Ben Saddik he has had 24 fights and lost just four of them. Since debuting in GLORY on New Year’s Eve 2012 the pride of Holland has gone 15-1, the sole loss being to legendary former heavyweight champion Semmy Schilt. 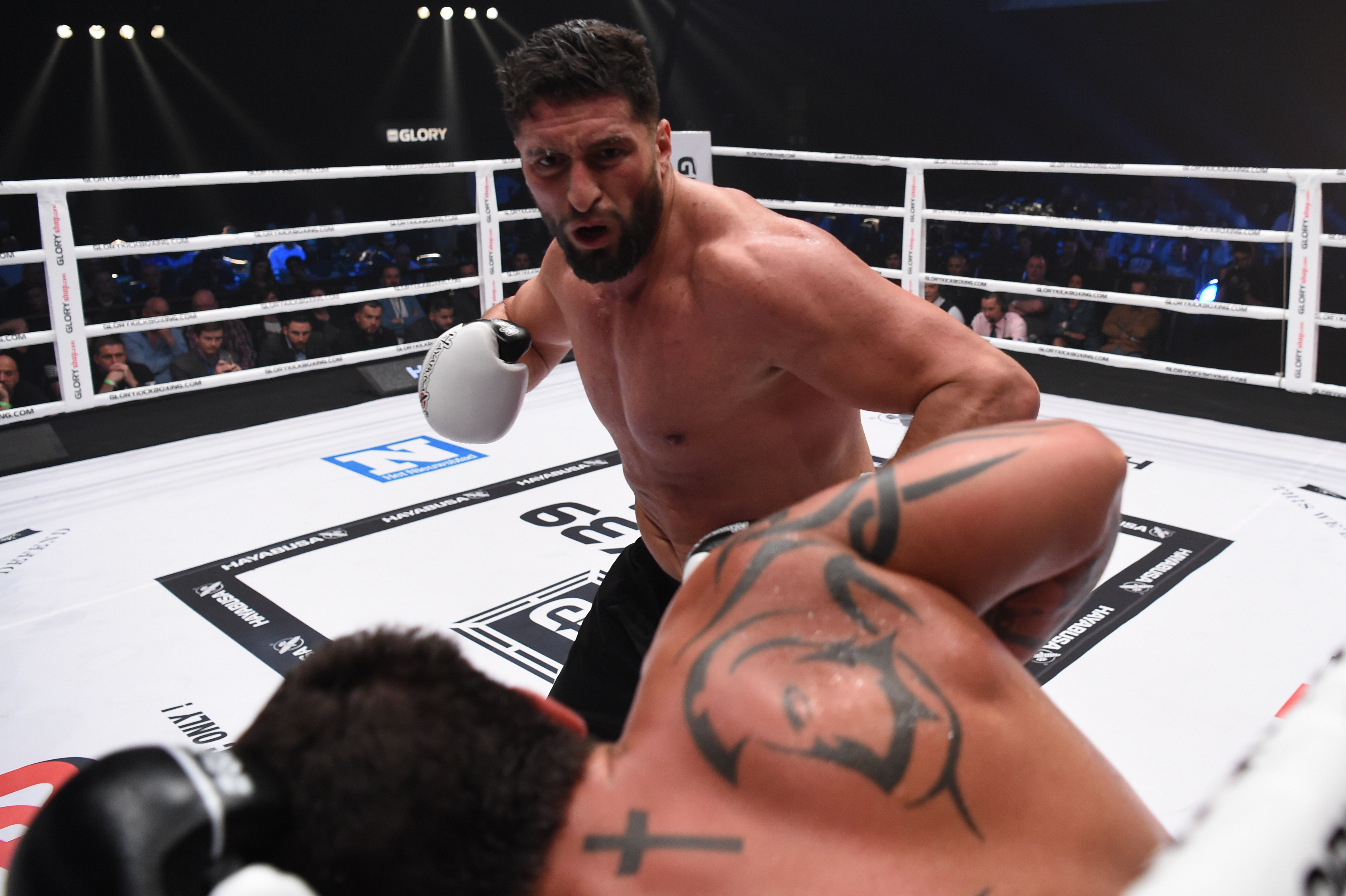 Verhoeven is now the champion and has mounted five successful title defenses. In the process, he has become the face of world kickboxing and attracted the type of major sponsorships you’d expect for a man with a legit claim to being the baddest man on the planet.

It is also true that went 5-5 in his next 10 outings following his defeat of Rico. The giant, who has such a powerful, terrifying presence in the ring, somehow became visibly less confident. Kickboxing aficionados were baffled by the inconsistency. Why was Saddik a unstoppable monster one fight, and then a listless echo of himself the next?

The answer was recently revealed: cancer.

Saddik is an intensely very private individual and very reticent to speak about anything other than fighting in media appearance. However, earlier this year he confirmed rumors that he had twice battled – and defeated - thyroid cancer.

Understandably, fighting cancer affected him mentally and physically. It’s hard to train when you are pumped full of medication which makes you feel weak and lethargic. It’s hard to focus when your mind’s eye is on an enemy within and not the opponent standing opposite you.

Having this year been given the all-clear by his doctors, Saddik says he feels like a new man, freed from a potential death sentence. Usually taciturn to the point of appearing sullen, Jamal positively beams when talking about it.

He added: “My health is now working with me instead of against me. I am eating well, sleeping well, training well. And this is why I say that I am a real fighter, a born fighter. I have had to fight to stay alive, day after day, every day. So I am a natural fighter, fighting is literally the story of my life.

“To be a cancer survivor and then become world champion, that would be a dream come true. I want to show everyone who doesn’t believe in themselves that they are wrong. If you keep fighting, keep believing, you can achieve it. Just don’t give up.”

GLORY: Redemption Rico vs Jamal
The greatest kickboxer in the world looks to avenge a devastating early-career defeat as GLORY heavyweight champion Rico Verhoeven steps into the ring once more with “The Goliath” - 6ft 9inch, 270lbs Jamal Ben Saddik. The rematch for the heavyweight title is the main event of the stacked GLORY: REDEMPTION kickboxing event from Rotterdam, Netherlands. GLORY: REDEMPTION begins 4 pm ET / 1 pm PT, Saturday, Dec. 9 and is available for $29.99