Giannetti looking to make a name for Massachusetts MMA 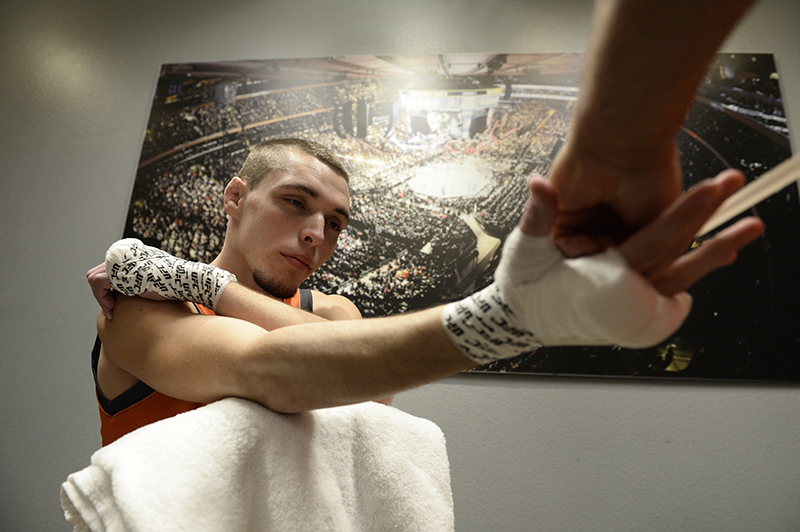 It’s almost ironic that Joe Giannetti wound up on a season of The Ultimate Fighter titled “Undefeated.” Sure, the Boston lightweight has yet to lose as a pro mixed martial artist, logging six wins in as many fights. But if we go back a bit, to Giannetti’s junior year on the high school wrestling team, and it was quite a different story.

“When I first started in high school, I was overweight and that was pretty much the goal – just keeping my weight down,” said Giannetti, who once topped out at 230 pounds. “My junior year, I really wanted to win; it just wasn’t happening, but I was still losing weight, so I knew that I was doing something right, and I figured eventually it would just click, so I tried my best every day.”

It did click. Giannetti got over the .500 mark in his senior year, and after a perfect amateur career, he’s kept the momentum going as a pro. So what does he think about the “0” on his record?

“None of it really matters when you get into the cage, so I’m just trying to keep the Ws going,” he said. “I don’t worry about the zero, I just try to add a W every time I fight.”

And that could be the key to his success and why he is a good candidate to keep his run going on TUF 27. For him, winning may mean more than it does to his peers, simply because he knows what it’s like to lose on a regular basis.

“Oh definitely,” Giannetti said. “I think everybody else is used to winning. I had to go a really long time without knowing what it was like, and now I got a taste for it, and I just want to keep winning.”

A pro since 2016, Giannetti has won five of his six bouts via submission, leading some to suggest that he’s already outgrown the regional scene. So it was no surprise that when the tryouts for the reality show were announced, the 22-year-old was all-in. The only issue was getting there. What followed was a crowdfunding campaign where he saw just how strongly friends and family were behind him. 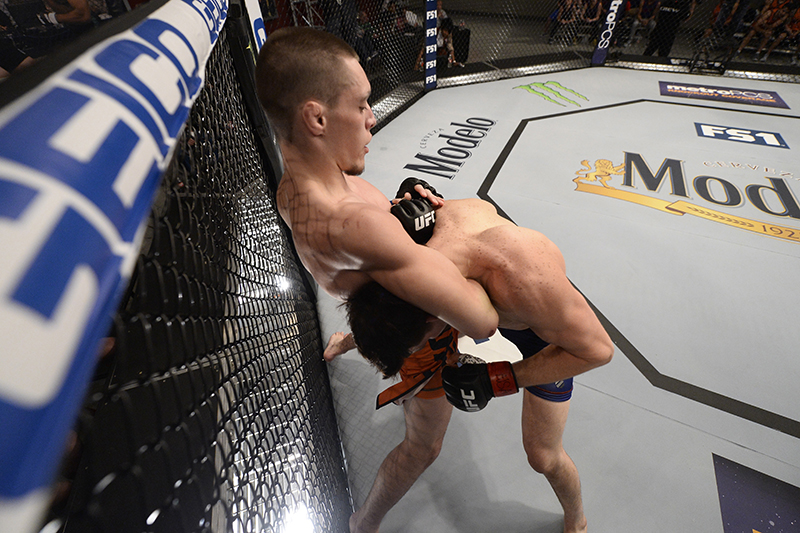 “Those are the ones that get me through the bad days,” he said. “Honestly, I didn’t think I was going to get enough money to go to Vegas and I got it in two days. So anytime I’m having a bad day, just knowing that so many people think I can do it gets me through it.”

And once “Skeletor” got to Las Vegas, he showed what he could do against his fellow prospects.

“I definitely thought I was ready when I went out there,” he said. “I wasn’t sure if I was going to make it or not. There were a lot of good guys there, but I think I did pretty good at tryouts. But I think that whether it was through TUF or just a phone call, I was ready for the UFC.”

Yeah, he did pretty good, earning a spot on the show. As for the UFC, that remains to be seen, but Giannetti is confident that he will soon join the rest of the Boston Strong crowd taking over.

“I think Massachusetts, specifically, has been slept on recently, and I think that we’re gonna make a name for it,” he said. “So I definitely want Boston and all of Massachusetts to get the respect it deserves.”