“I think when my father signed me up to play football, he thought he was signing me up for soccer.” Gian Villante 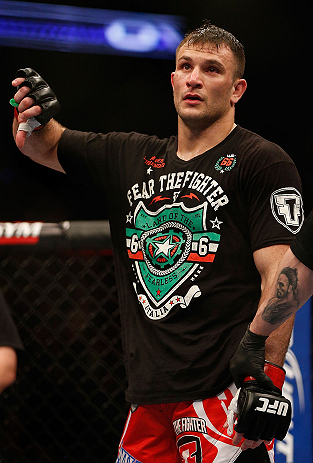 It’s Monday night and Gian Villante is settling in to watch the United States soccer team take on Ghana for the third time in as many World Cup tournaments. The first two didn’t go so well for the red, white and blue, and Villante is nervous, despite an early 1-Nil lead for the Americans.

“I remember when I was playing football at Hofstra University (Long Island, NY), we would all hang around the locker room and watch as much of the games as we could before our coach would yell at us to get to practice. The World Cup has always been an exciting time in my family. With a name like Gianpiero Villante, I better like soccer,” he said.

Villante’s father is “very Italian,” by way of Venezuela.

“He came here when he was fifteen,” says Villante. “Both of his parents are Italian, so of course I love my Italian boys too, but I’m American first so I want our boys to win this year. But I think when my father signed me up to play football, I think he thought he was signing me up for soccer. It worked out well for me at least.”

Villante was a star linebacker, winning multiple awards on his way to an All-American collegiate showing at Hofstra that led to NFL tryouts. However, the burgeoning sport of mixed martial arts caught the two-sport standout’s attention – he was also a star wrestler in both high school and college – and he finds himself 1-2 in the UFC after successful bids in Strikeforce and Ring of Combat.

“I knew as a kid I wanted to be a professional athlete,” says Villante. “I’ve been blessed with some physical attributes. I don’t know anyone stronger or faster than me, so I just have to learn how to put it all together in the Octagon. I knew I’d succeed in this sport if I put my mind and energy to it, and now I think I’m starting to come into my own.”

Villante made his UFC debut against fellow Strikeforce alum Ovince Saint Preux at UFC 159. After a slow start, Villante began to find his rhythm when an accidental eye poke ended the match on a technical majority decision. Villante bounced back with a win over Cody Donovan at UFC 167 but dropped a hard-fought match against Fabio Maldonado at UFC Fight Night: Shogun vs Henderson 2 earlier this year.

“I seem to have some pretty bad luck in there. I had bronchitis (against Maldonado), I got poked in the eye and lost (Saint Preux), so there are those intangibles you can never really prepare for, but my goal in New Zealand is to just get the W. I think wherever this fight goes I’m the better fighter, on the ground or standing up. I don’t mind standing and banging because that’s the type of fight the fans want and that’s the type of fight my bosses want. I know that if he stands with me I’m going to be the harder hitter,” says Villante.

In the loss against Maldonado, many fans questioned Villante’s cardio after he dominated the first round but lost speed in the second and third. It was later revealed that he was suffering from bronchitis. However, the bout did have its merits. It proved he has a granite chin, prompting UFC boss Dana White to comment that “the kid is tough as nails” at the post-fight press conference.

“You don’t want to be known as a guy who could take a shot,” says Villante. “My last fight wasn’t good, but I definitely can take a shot, I think we all know that now. I don’t know too much about O’Connell. He is a replacement for Anthony Perosh, I know he didn’t last long against Ryan Jimmo and Jimmo and I are very similar in the way we fight. We are both big guys for the division so I know I’m going to be the bigger, stronger guy out there, but that doesn’t matter. What matters is what happens in the ring on fight night.”

Villante hails from Wantagh, New York, and he counts UFC middleweight champion Chris Weidman as one of his training partners and best friends, as well as lightweight Al Iaquinta, who also lives in Wantagh.

“There aren’t too many Chris Weidmans out there,” says Villante when talking about Iaquinta’s recent loss to Mitch Clarke at UFC 173. “He was undefeated in the UFC (after his TUF 15 finale loss to Michael Chiesa) up until that time, but not everyone can go undefeated. Sometimes it’s better not to have that pressure of ‘I have to stay undefeated’ when you fight. Now Al can just go in there and have fun. He’s got a great work ethic and he’s getting better and better every day, so he’ll bounce back strong.”

Villante and Weidman fight just one week apart this time, so the duo spent most of their fight camps together. Training with the middleweight champion only makes Gian more confident heading into this bout.

“We did everything together for three months,” he says. “More than fighting partners, Chris is my best friend. I couldn’t be more happy for him being champ. I don’t ever look at it and think ‘Man, I wish it were me,’ I’m just so happy for him. I know I’m ready to beat O’Connell and he’s ready to beat Lyoto Machida. I will fly right from New Zealand to Las Vegas to corner him, and I’m looking forward to it so much.”

Villante has also found some local inspiration when he lands across the world.

“I’ve been watching the New Zealand National Rugby Team, the “All Blacks,” a lot lately. They are intense and I’ve become big fans of theirs, and I like the intensity of the crowd, so I’m going to go out there and win the crowd like they do,” he says.

Back to soccer, and a beautiful shot off the left side of a Ghana player’s foot ties the World Cup game at 1-1, and Villante is uneasy. At least for a few minutes.

“Oh man, that last goal got me nervous,” he says. “But the U.S. answered quickly, thank God. I’m psyched up now. Let’s get to Middle Earth,” he says, noting that the “Lord of the Rings” and “Hobbit” movies were filmed in New Zealand.

“I saw all of those movies on opening night, so I can’t wait to see the sights.”