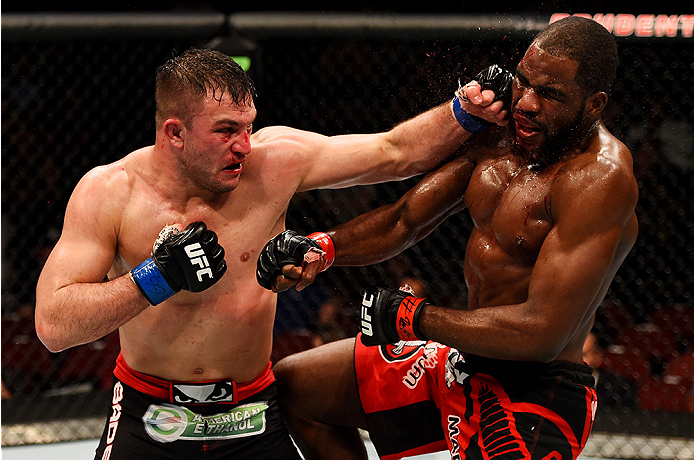 There is a matter of fact directness when Gian Villante talks.

Not to say the Long Island native isn’t a man who wastes words, because his fully charged New York style sense of humor allows him to riff when it’s needed, but the scrappy light heavyweight isn’t one to inflate anything about himself or the fight game he competes in. In Villante’s mind, when the Octagon door closes, it is going to come down to a few determining factors, all of which are very much ground in the reality of hard work invested.

The history of combat sports is lined with near-mythical fighters who defeated scores of opponents long before they ever stepped foot into the cage, but the mystique around those fighters inevitably faded. And when he watched his best friend and longtime teammate Chris Weidman take the middleweight title by dethroning the fighter widely regarded to be the greatest mixed martial artist of all time, Villante’s belief in the blue-collar grind amplified.

He knew that it wasn’t magic or luck or anything but hard work, diligence and self-belief that ushered his training partner to the top of the 185-pound ranks, and that is the mentality Villante applies to his own career trajectory. 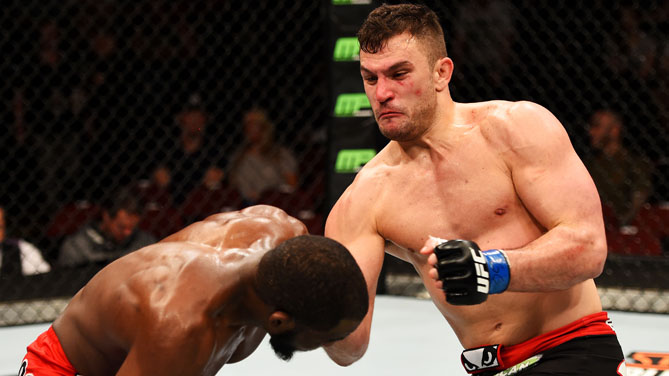 The results of that process are beginning to show as the 29-year-old Serra-Longo product has now notched back-to-back victories over stiff competition and raked in consecutive Fight of the Night bonuses due to the work he displayed in both of those victories. Those accomplishments are progress by any measure, and this recent surge of momentum has him feeling as if things are all falling into place.

“I’m really starting to feel comfortable in there and believe I’m getting a good feel for the Octagon,” Villante said. “Between the UFC and Strikeforce I’ve been competing now for five years, and I’m starting feel good. It’s time to make my run now. The UFC has given me some good fights and I just need to go in there and perform the way I know I can. The 205-pound division is wide open right now and I really think it’s a division I can make a dent in. As long as I stay on the track I’m on, I can see myself getting to the top by the end of next year.”

A big reason for his recent success inside the Octagon is the team he tangles with on a daily basis. Training alongside Weidman, lightweight contender Al Iaquinta and rising bantamweight prospect Aljamain Sterling, Villante is constantly exposed to a variety of looks and styles that he can add to his own game.

And when it comes to the team format, it’s the diversity present in the Long Island fighters that truly sets them apart. Where some squads produce carbon-copy styles in the fighters that represent their gyms, there are no two fighters out of the area who resemble the other. That’s an impressive accomplishment and one Villante sees as his team’s greatest strength.

“We are all guys who are on the rise and who will keep rising,” Villante said. “Even though Chris is already at the top, he’s going to keep rising as well. We all have a long way to go and I guarantee there will be multiple champs in this camp by next year.

“I look at Chris, and he was the first guy I ever sparred against, and we fight nothing alike. For example, he fought and beat (Tom) Lawlor before, and you would think that’s beneficial because of the experience, but we fight so differently that it really isn’t,” Villante laughed. “We all are so different when we fight. We all certain things from one another we like to do, but at the end of the day we all have different styles. I pick up tricks from Chris, Al and Aljamain all the time and there are things they pick up from me as well.”

The next chance Villante will get to put his tools to work will come against veteran grinder Tom Lawlor at UFC on FOX: Dillashaw vs. Barao 2 this Saturday night in Chicago. Where Villante is on a two-fight winning streak, “Filthy” will enter the bout looking to start a new chapter of his career in his old weight class. 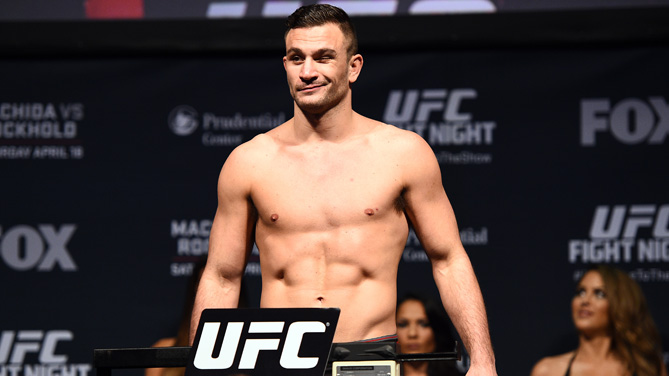 The Massachusetts native will also be making his first appearance inside the Octagon in more than two years, and Villante believes there are too many negative factors working in his opponent’s direction. Not only will Lawlor be coming off an extended layoff, but he’ll also be fighting against a bigger man, and Villante is confident that the bigger man is simply the better fighter wherever the action takes place.

“I always try to put on an exciting fight out there no matter what. Obviously you want to win more than anything, but I want to put on a show for the fans,” Villante said. “There are some guys—like the guy I’m fighting next, Tom Lawlor—who will want to come in there and make it a boring fight. I know there are guys like that and he’s definitely one of them. I could go out there and wrestle because I’ve been wrestling for 15 years, but I’d rather go out there, swing away and have some fun punching each other.

“If I had to guess, I would say Lawlor is going to look to make it a boring fight, and in some ways I suppose I understand. I’m the bigger guy and he’s coming up in weight. I’m also a guy I wouldn’t want to see if I were coming up in weight because I hit hard. I’m also a striker who can wrestle so that’s a tough fight for him. His best shot at victory is trying to take the fight to the ground and grinding out the win, but that’s not going to happen. Whatever he plans to do, I can stop, and the fight is going to play out on the feet and he’s in big trouble there.”