Get Ready Manila, the UFC is Coming 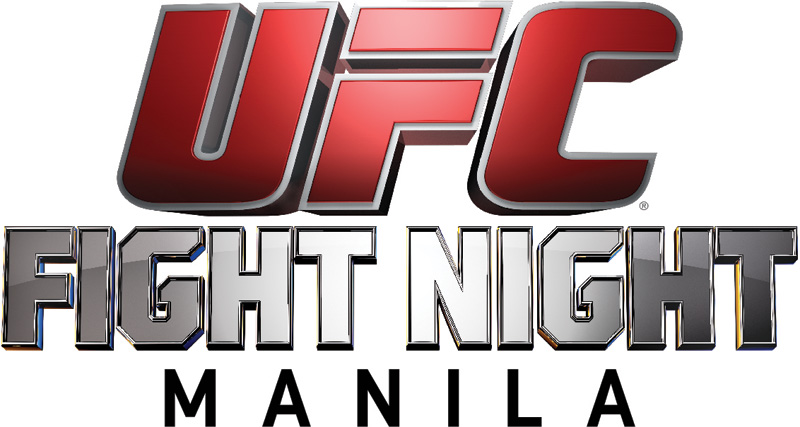 Home to revered boxing stars Manny Pacquiao and Nonito Donaire, combat sports fans in the Philippines will make May 16 a date to circle on the calendar. If past support is any indication, the UFC’s first event at SM Mall of Asia Arena in Manila might rival Dublin, Ireland for an unforgettable atmosphere, while making history at the same time.

No fights have been made official for the UFC Fight Night card, which was announced Wednesday evening in the United States (Thursday morning in Manila), and will air in the States on FOX Sports 1. But with rising stars Roldan Sangcha-an and Mark Eddiva hailing from Baguio City, and established contenders Mark Munoz, John Dodson and Chris Cariaso proudly representing their Filipino roots, there are plenty of options for UFC matchmakers not only in May, but in the coming years. The nation’s support of those who make a living in the Octagon or ring make it a natural home for the UFC in Asia.

This has been evident every time the UFC has held media events or fan meet and greets in the Philippines, starting with UFC Hall of Famer Chuck Liddell, who attracted over 4,000 fans to an open workout at the Mall of Asia in Pasay City back in 2008.

“I was really surprised,” Liddell said of the reception he received at one of the largest shopping malls in the world. “It was kinda shocking how many people actually showed up to watch me work out for an hour. It’s crazy. I didn’t expect it to be that big here. I thought it was a new market for us.”

Former UFC welterweight champion Georges St-Pierre received a similar reception during a three-day media tour in 2010 that included a visit with boxing’s beloved “Pac Man.” But it was after that trip to Pacquiao’s gym that GSP received his biggest shock.

“After the training I was leaving the gym,” St-Pierre recalled. “I was on the balcony and the traffic on the street was stopping. People were pointing at me like ‘hey, this is Georges St-Pierre of the UFC,’ and the traffic stopped. It was like the city was shut down and I had never seen something like this before.”

In recent years, another welterweight star, Carlos Condit, was also given a champion’s reception in Manila while taking part in a media and fan experience tour. But now the talking, picture taking, and autograph signings will give way for the fights, and you can expect it’s going to get loud in Manila this spring.