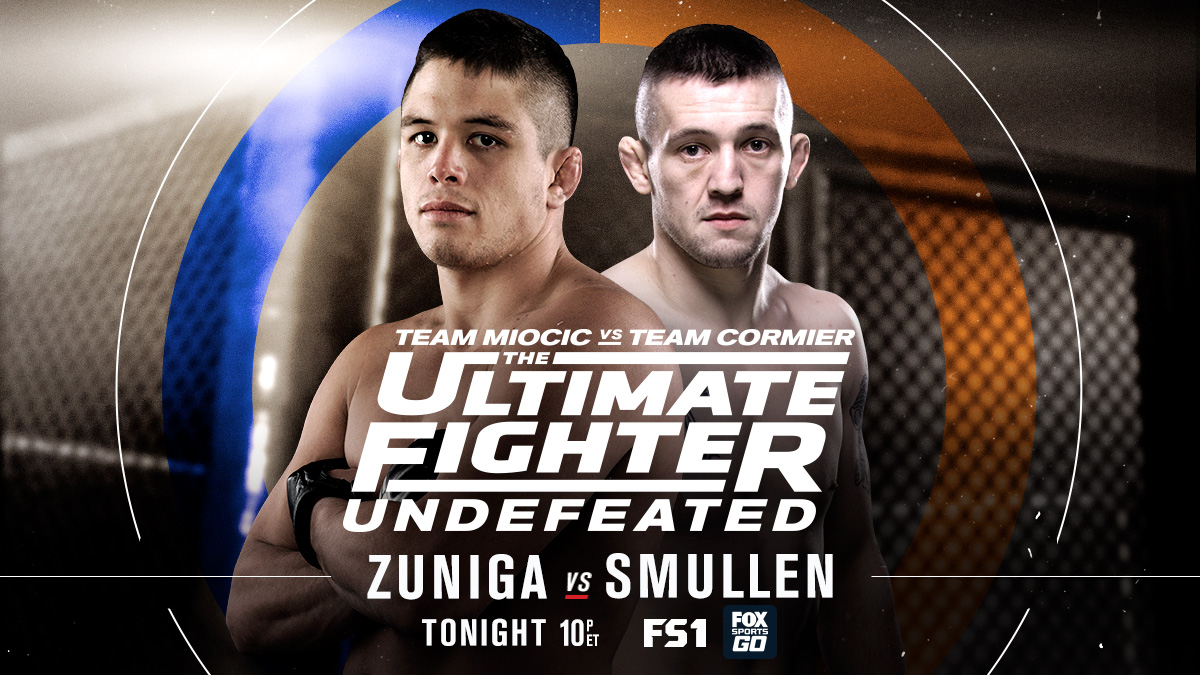 If you haven’t noticed it already on The Ultimate Fighter: Undefeated, lightweight Richie Smullen doesn’t get rattled by too much, if anything. His coach, light heavyweight champion Daniel Cormier, likens the Irishman to a silent assassin, so when it is time to fight, don’t expect him to feel any added pressure as a member of Dublin’s SBG Ireland squad.

“I don’t feel like I have a target on my back,” he said. “I just enjoy it. When I go in to fight, I don’t make it that big of a deal in my head. I don’t even really think about the fight, in all honesty, until I actually get to the venue on fight day. So when it comes to having a target on my back, no matter what gym you’re from, if you’re fighting an opponent, he wants to kick your ass (Laughs), so I don’t build it up too much.”

That attitude has served him well through a pro career that has seen him compile a 3-0-1 record, but it might have hurt him if he didn’t listen to his friend and teammate (and UFC featherweight) Artem Lobov when TUF 27 tryouts were announced. At the time, Smullen was injured and not exactly champing at the bit to get to America and spend six weeks on a reality show, especially with his girlfriend and their daughter back at home. Enter “The Russian Hammer.”

“My teammate and friend Artem sent me a screenshot of the tryouts, saying I should do them,” Smullen recalled. “Then I said I would go do them, and then it turned out Artem paid for my flight and hotel and everything. I was literally going to get a loan to go to the tryouts, and Artem had paid for everything already, so it was a big weight off my shoulders. I got very lucky when I joined the gym. I’m really grateful for all them guys.”

So off to Vegas went Smullen, who didn’t feel that he had a guaranteed spot on the show, but did have his team’s backing that he was ready. Then he got to tryouts and realized that he was.

“I’m not a cocky guy, but all my coaches and teammates believe I have the skill set to be at a very high level, so I just kind of went along, not expecting to get picked,” he said. “I’m thinking I’ll go along with the tryout and see what the level is and I went and I was surprised that I’m at that level, if not above that level. So it was a good experience to go, definitely.”

Now he’s back in Ireland, watching the show like the rest of his castmates. It’s been quite a trip seeing himself on television every week.

“It’s pretty crazy seeing myself on TV,” said Smullen. “When people are trying to talk about it, I’m kind of embarrassed and I drop the subject. (Laughs) But my family stays up and watches it late, like three o’clock in the morning live, and they text me the next day. It’s pretty crazy.”

It’s only going to get crazier if Smullen earns a spot on the roster, but being around Conor McGregor and company at SBG should have him well prepared for the whirlwind of life in the UFC. As for the rest, Smullen’s fists will take care of that.

“When I fight, I’m aggressive, I look for the finish, and I’m gonna go forward,” he said. “No matter what fight I’m in, it’s never a boring fight.”