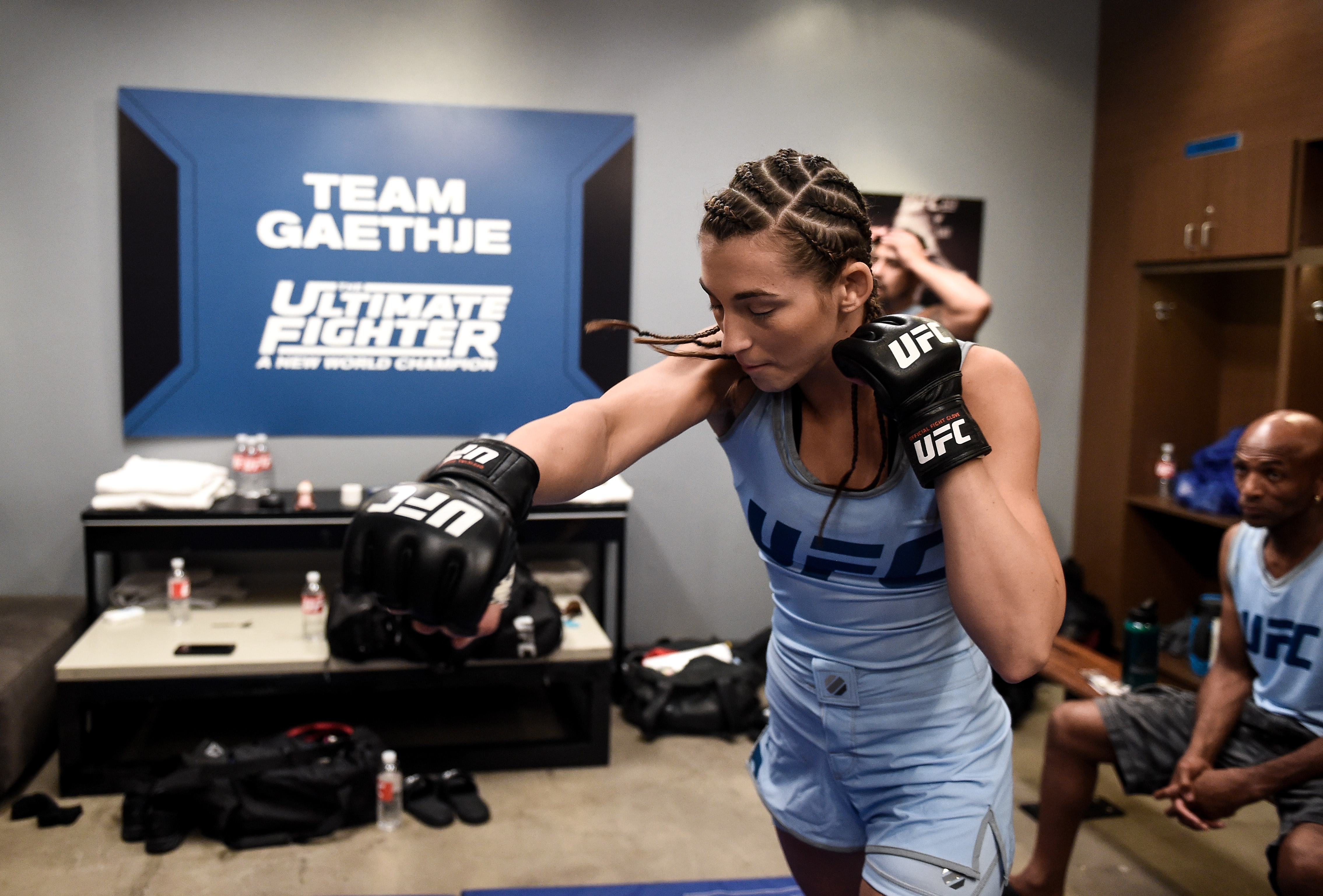 There used to be a U.S. Army commercial that stated, “We do more before 9am than most people do all day.” Well, meet Montana Stewart, who has likely done more in her 22 years than most will do in twice that time.

Mother. Wife. Wrestler. Fighter. Free time isn’t something the TUF 26 flyweight has in great supply, but she knows no other way.

“I’m pretty much always doing something,” she laughs. “I’m either taking care of my daughter or training. It’s hard.”

But her hectic schedule has also added a focus few fighters have, and it’s carried her through 11 pro fights of which she has won seven, with her only two losses since 2015 coming against current strawweight contender Cynthia Calvillo and highly regarded prospect Mackenzie Dern. And oddly enough, when she entered the Ultimate Fighter house this season, it was the first time in a long time that she had only training and fighting to deal with.

“It was definitely like that,” she said. “I usually never have any time to focus on me. I’m trying to take care of my family, so it was actually nice to get some time.” 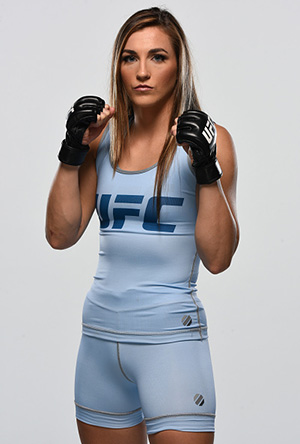 Fighting Ariel Beck on tonight’s episode of TUF, the Team Gaethje rep will be introduced to UFC fans for the first time, and they’ll get to hear what it took for the former high school wrestler to get to this point in a career that began in 2014.

Stewart lost her first two bouts, then went on a tear, winning seven of her next nine. Yet there weren’t any thoughts of a call to the UFC’s strawweight division or an Invicta FC roster spot.

But here she is, and when the world hears her story, it’s likely that life will change considerably for the Texan.

When it comes down to the fight this week, the matchup pits grappler against striker as former high school wrestling standout Montana Stewart takes on heavy-handed flyweight Ariel Beck.

“I’m totally prepared for whatever comes my way,” Stewart said. “I don’t think it’s going to get to my head too much. I lead a pretty simple lifestyle – just train and hang out with my husband and daughter, so I don’t think it will be any different. I think I’ll be okay with whatever happens.”

It doesn’t hurt that combat sports is a family affair. Husband Mark is 9-0 as a pro bantamweight, and even Zaylyn has gotten on the mats as a wrestler and jiu-jitsu player.

“She just did her first season of wrestling, and she’s been doing jiu-jitsu since she was three,” said Stewart. “She loves it. I always thought she would be involved because she grew up on the mats, going to wrestling practices with me since she was a tiny, little baby. But I didn’t know how good she would actually be. She amazes me how good she is at jiu-jitsu and wrestling.”

As for being married to a fighter, Stewart is happy to have a partner who knows exactly what it means to glove up and get into a fistfight.

“It’s the best,” she said. “I guess I wouldn’t know how it would be without him because I started fighting right as I started dating him. I have no idea how it would be dating somebody that isn’t in the sport. I think it would be really hard because they wouldn’t really understand it. He’s so into fighting, we have the same training schedules and he knows the emotions and everything I’m going through, so it really works out.”

And who knows, maybe Stewart and her hubby will become the first husband-wife team to compete in the UFC one day.

“That would be awesome. He’s 9-0, so he’s on the verge of getting to the UFC, and hopefully I’ll get there too.”