In most cases, the phrase “youth is wasted on the young” is accurate, but not when it comes to The Ultimate Fighter 26 flyweight Gillian Robertson, who is taking in everything she can as the youngest competitor on the show.

That’s a good sign for the Niagara Falls native, since she was already a prospect to keep an eye on before she left for six weeks in Las Vegas. Owner of a 3-2 pro record, Robertson also has an extensive amateur background that proves that despite her age, she is veteran of the sport. That doesn’t stop her from getting overlooked at times, though.

“I feel like I’m definitely underestimated because of my age, but as soon as I turned 18 I had my first amateur fight, and I had 10 amateur fights after that and five pro fights, and I just kept on going. I’ve been working hard for the last six years.”
RELATED: Watch previous seasons of The Ultimate Fighter on FIGHT PASS | Recap Last Week's Episode

Having such a lengthy run in the amateur ranks is rare, but Robertson, who has made her home in Florida since she was six years old, trusted in her coaches at American Top Team to let her know when it was time to start punching for pay.

“I was letting my coaches decide when I was ready,” she said. “And when they decided it was time, that’s when I believed I was ready. I was also really young then. When I turned pro I was just 20, so it was a short time span in which I had so many amateur fights. I’ve only been fighting for the last four years and I’ve had 15-16 fights.”

It all led her to this point, where she will compete with 15 other flyweights to become the UFC’s first female 125-pound champion. It was an opportunity the former strawweight wasn’t exactly expecting when she first signed up for tryouts after being sent a link by a friend, but once she found out the show would feature 125-pounders and be for a title, she wasn’t going to refuse.

“I already bought my plane ticket to Vegas,” she laughs. “And that (moving up to flyweight) was a big step in itself, but I’m ready to take on any challenge. I told myself at the beginning of the year that I would be in the UFC by the end of the year.” 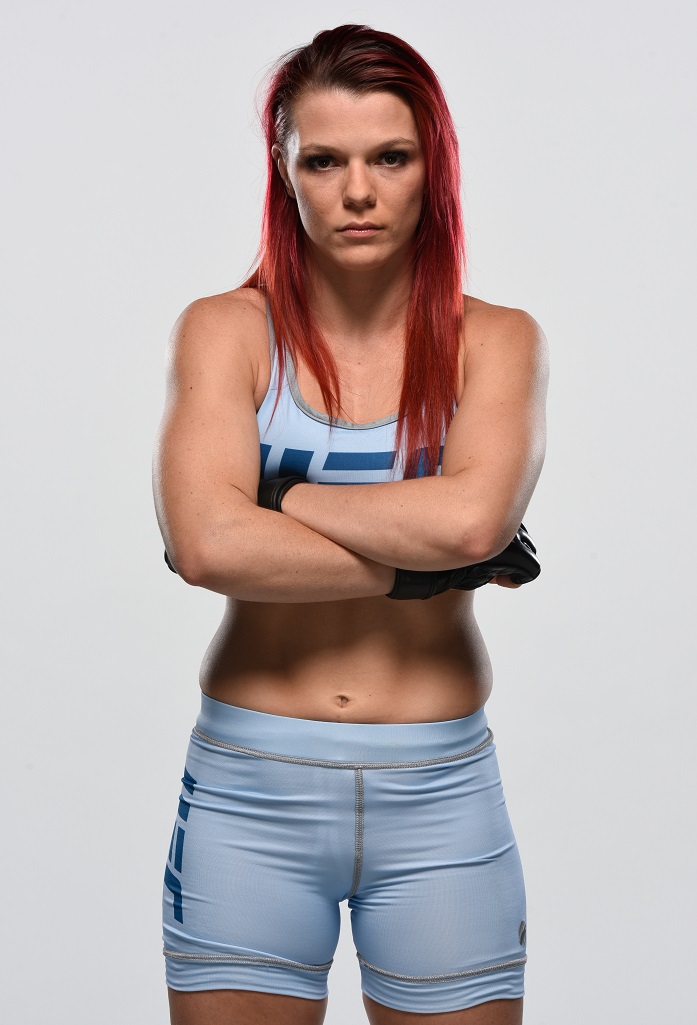 And now she’s in the running to not just be in the UFC, but to rule the promotion’s newest tradition. All at 22. So have the sacrifices made over the last six years have been worth it?

“I feel like it is difficult on some days, but most of the time, it is what I love to do, so it is easy to stay focused,” she said. “I’m usually surrounded by my teammates, so I always feel like I’m hanging out with an older crowd and just being able to get to this point is crazy to me. Being on the show and being in that environment was just unreal, especially with a lot of the girls being so much older than me.”

Yet while Robertson seemingly gives up years of experience to her fellow cast mates, in a lot of ways, “The Savage” is the new breed of female MMA fighter that entered the game after it started becoming accepted in the mainstream, which means as promising as she is now, the future is even brighter.

“A lot of the girls didn’t have anywhere to go with fighting for the longest time until Ronda Rousey opened that up for us,” she said. “So a lot of girls didn’t have an opportunity until they were older. When I started, I was 16 and I had somewhere to go with MMA from the beginning. I am surrounded by a lot of older girls, but I feel like it will give me an advantage in the long run. I’ll be able to build a lot more of my skills. I feel like I’m able to hang with girls who have five to ten years on me, and I can only imagine how good I’ll be in that time.”