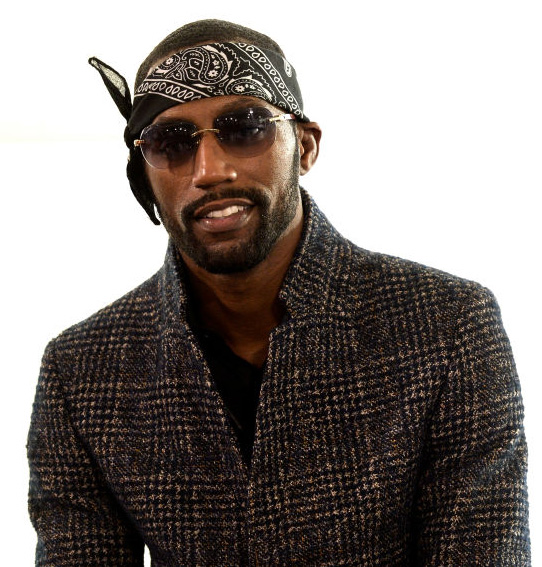 Dulani Perry may call Houston home these days, but listen to him talk about his place on The Ultimate Fighter: Undefeated, and you can hear the New Yorker come out of him.

“Realistically, everybody knows why everybody's watching this show right now,” said the Queens native, who faces Tyler Diamond on tonight’s episode. “I am the life of the show, I am the one that's raising the ratings of the show. Everybody else is boring. Now we have great martial artists on the show and that's cool, but the world is looking to be entertained not only by fights, but by personality. In American media, drama sells. We all know this. People don't want to see a peaceful household. They want to see a rowdy household and that's what boosts the ratings and that's what I'm doing. I'm the face of this show.”

It’s hard to argue with the 31-year-old, considering all the attention he’s received thus far this season without having thrown a punch yet, and it’s clear that he gets the whole idea of reality television.

“I understand entertainment, how it goes, and what people want to see,” he said. “Fighting is just the platform.”

And fighting is also what got him to this point and what will keep him moving toward the UFC’s Octagon. Entertainment is all well and good, but on this show, it’s fighting that moves you forward, and Perry is well aware of that. He also embraces it, because using his hands used to get him in trouble. Now he’s celebrated for it.

“I never knew you could make money becoming a fighter,” he said of his early years. “I got kicked out of three high schools and two colleges, all for fighting. So I took negatives and made something positive out of it. And I'm here to give people hope.

“When you're growing, you want to see what's out there,” Perry continues. “So I went to see what's out there and I dabbled in a lot of things - some good, some bad, some led me in the right direction and some led me in the wrong direction. And life wasn't always good for me, even though I was raised in a good household. I was misdirected by negative friends and stuff like that. But they (his parents) planted a good seed in me, so even though I did the wrong things at times, I always knew who I was and where I needed to go. I got my life together eventually and now I'm doing good. I work very hard and this did not come by coincidence.”

It was aided by a move to Houston nearly seven years ago.

“It was to get away from all the distractions, where I don't have any family or friends and I can just focus on my goals towards being a martial artist,” he said. “It wasn't difficult at all. Just knowing what I wanted in life, I just had to go for it. Nothing in life is difficult. That's a mentality, that's a perception thing. You can do whatever you want to do. So I went toward what I wanted in life, and look where I'm at now.”

Currently 4-0 as a pro, Perry was expecting that continued success in the respected LFA promotion would get him to the UFC sooner rather than later. So when the news about tryouts for TUF arrived, he wasn’t too interested.

“Actually, I really didn't want to do it because I'm not a '45er, I'm a '35er,” Perry said. “A few guys were telling me about it, but I wasn't gonna do it. Then one guy I had a conversation with, he was telling me, 'Man, you always say you want to do this mixed martial arts stuff. If you don't do this, I'm never gonna take you serious.' Now I didn't want to do the reality show, I wanted to work my way there. I'm already an undefeated fighter, so I'll just work my way there. But he said, ‘You've got to take opportunity as it comes.’

That was all he needed to hear. He slept on it, and then he started making plans for a trip to Las Vegas.

“I kind of let it marinate in my brain overnight,” he said. I thought, ‘This is serious.’ (Laughs) But he was right. So I went to the tryouts and I made a show like I always do. I'm always the life of the party and I went in and stole all the attention and I made sure that no matter what happened at those tryouts, they couldn't leave me out and they didn't. They picked me.”

The rest is up to him, but for all the talk, there’s a sincere purpose behind it for Perry.

“My goal in life is to motivate and inspire as many people in the world to be as great as they can be in whatever they want to do,” he said. “The fighting is just a platform to give back to people. I come from nothing and now I'm the star of the show.”