A man ready to give it his all, when opportunity calls. Meet undefeated Bryce Mitchell. pic.twitter.com/Ws3Sk5dTxs
— The Ultimate Fighter (@UltimateFighter) May 7, 2018

At just 23 years old, Bryce Mitchell has done everything he’s needed to do to get a call from the UFC. Yet despite 14 amateur fights and a 9-0 pro record, Mitchell was on the fence when it came to staying on the regional circuit and waiting for the UFC, or taking matters into his own hands by competing for a contract on The Ultimate Fighter: Undefeated.

“If you look at it rationally, that’s the course that I was on,” he said of continuing to build his record until getting called up to the big show. “But man, it’s hard when you don’t really know for sure. You don’t know if they’re gonna call you. I’m in the middle of Arkansas, so I don’t know if they’re gonna call me or not. So when you have that opportunity (to go on TUF) there, I took it for my family, to better myself. It might not have been the best way, because it was hard as s**t. (Laughs) We beat the piss out of each other. But I’d have been a fool to turn it down. It’s the best thing that ever happened for me.”

That’s okay, because we’re sure Mitchell has been through some tougher times battling it out in the front and backyards of Cabot, Arkansas.

“Oh, for sure,” he laughs. “I’ve taken ass whuppings in the backyard, and I’ve given some as well.” 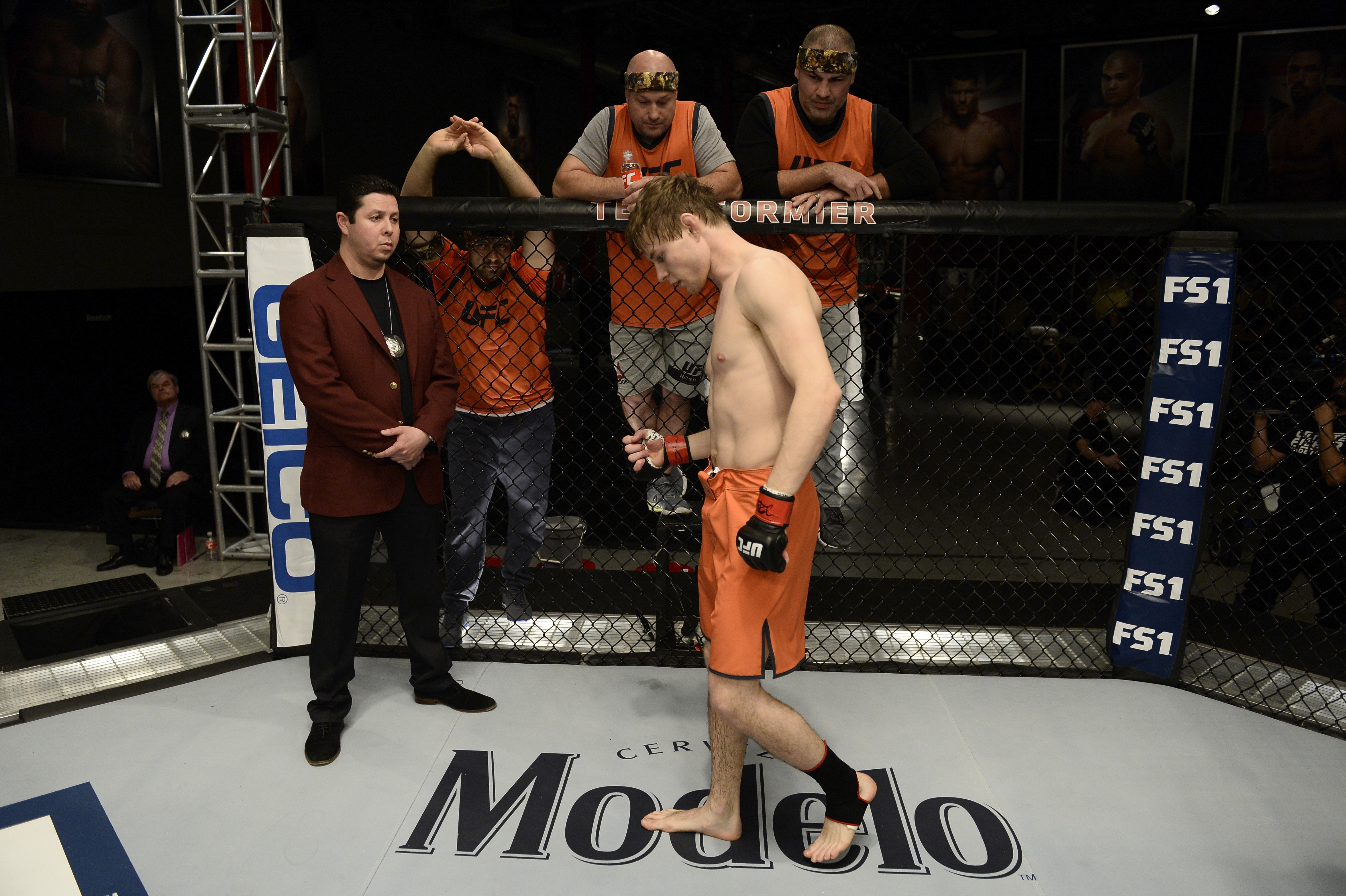 It was in those unconventional environments that Mitchell got his MMA education. But the question is, how did his mom react to having a makeshift fight promotion going on?

“Whenever we were having legit boxing matches in the backyard or front yard, we make sure the parents aren’t home,’ said Mitchell. “When I was 16, I started to train in my garage a little bit and I got some pads and put them on the garage floor. I told my mom we’d just be doing drills and stuff and most of the time we would be. But sometimes we’d get to sparring and I’d close the garage door and we’d bang into the garage and she’d come out pissed off. ‘What are ya’ll doing in here?’ We’d tell her we just tripped.”

Soon, though, the training got more serious and Mitchell wanted to test himself in a real MMA fight. There was one problem. His mom didn’t care for the sport and Mitchell needed her to sign a permission slip because he was 17.

“I couldn’t get her to sign the papers,” Mitchell recalled. “Then we got into a fight over grades because she told me my grades were slipping. My grades were fine, she’s just real picky. But she got so mad at me, she said, ‘You know what, Bryce? You need discipline. I’ll sign that paper. You give me that paper right now and I’ll sign it and I hope you do get your ass whupped.’”

Sounds like we found the real fighter in the family.

“She is, you ain’t kidding,” laughs Mitchell.

And while his mother called his coach the next day, saying she didn’t mean to sign the permission slip, he got his fight and the rest is history. And no, mom still doesn’t watch her son fight, but he has caught her watching TUF this season.

“My mom, she won’t watch at all,” Mitchell said. “My papaw, he loves it. He comes to all my fights and if I get a win, sometimes I’ll go up to him and it looks like he’s got tears in his eyes. He gets a thrill out of watching me and I get a thrill out of him being there. But my mom, she don’t like it at all. It’s pretty funny, but she’s actually been watching the show.”

She should, as Mitchell is already garnering a fan following to go along with his obvious talent. And hey, he is going back to Harding University for his Economics degree in the fall, and he only has 15 hours left, so he is listening to his mom about the importance of an education. But in the immediate future, it’s all about fighting, and if Mitchell does get that call from the UFC, he believes he’s ready for it.

“I might be wrong, but I’ve had plenty of fights,” he said. “I’ve been fighting since I was a little kid in the backyard and had 20-plus MMA fights and I think I’m ready. I really do. We’ll see if I get that chance, and I’ll take it.”