Gerald Meerschaert Is All About The Journey

Gerald Meerschaert Looks To Get A Winning Streak Going At UFC Fight Night: Barboza vs Chikadze
By Gavin Porter, on Twitter: @PorterUFCNews • Aug. 26, 2021

With 13 UFC fights under his belt, Gerald Meerschaert has comfortably stepped into his role as a UFC veteran. The 33-year-old middleweight has competed in the Octagon with top ten talents like Jack Hermansson and Thiago Santos, as well as up-andcoming prospects like Khamzat Chimaev.

And while the results have been mixed, every time that Meerschaert has suffered a defeat, he re-evaluated his game and progressed as a martial artist.

That’s exactly what Meerschaert did after his disappointing loss to Chimaev. He responded with a first-round submission win over Bartosz Fabiński. The victory also gave Meerschaert the most submission wins in UFC middleweight history.

"It's all about the journey."

Gerald Meerschaert (@The_Real_GM3) talks about his consistent development as a fighter and what he's expecting against Makhmud Muradov at #UFCVegas35 🔊⬆️ pic.twitter.com/liZ27tfAKx

Not only is that something for Meerschaert to hang his hat on, but it’s also something for him to build on. “GM3” would love to use his UFC Fight Night: Barboza vs Chikadze matchup with rising Uzbek star Makhmud Muradov as the second piece to a lengthy win streak, even though he’s been impressed with what he’s seen out of Muradov and understands why he’s starting to get some hype as a real prospect at middleweight.

“He’s a hot up and coming young prospect, he’s undefeated in his last 14 fights and undefeated in the UFC. I’ve been saying it all week, the kid moves good, he’s got a good gas tank, good hands and he’s a very intelligent fighter too. For as much moving around as he does, he actually selects shots well,” Meerschaert said of Muradov. “But that’s the kind of people you need to beat if you want to be the best and I’m here to be the best.”

Fighting a smart fight against Muradov is key for Meerschaert. He doesn’t want to get drawn into what Muradov does best; he wants to focus on getting the fight to where he has the advantage.

“Wherever I see my advantage I’ll take it. Am I going to try to take him down? Absolutely, because I think I have a big advantage there,” Meerschaert said. “But if I don’t, I can just keep hitting him in the face. If something is not working to my favor, I’ve got no problem changing where the fight takes place.”

One of the biggest reasons that Meerschaert is feeling confident heading into the bout with Muradov are the tweaks he made during his training camp at Roufusport.

“You’ll see in the Octagon,” Meerschaert smirked. “A little bit of a style change-up, added some new wrinkles to my game and really found some comfort on the feet and really understanding exactly the range I want to be in and how to get there. I think that will show on Saturday night. 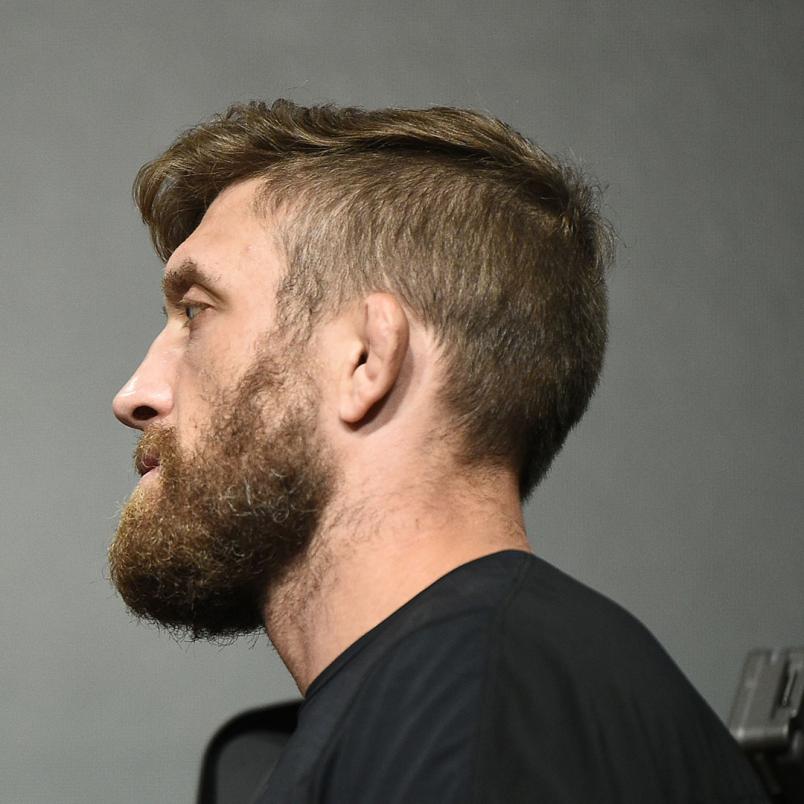 “I’ve been a lot smarter with the way that I train. Not that I wasn’t before, but just really dialing in and really getting better. It’s coming a little later for me than most guys but that’s fine; it’s all about the journey. The destination is whatever. I want to get to wear that UFC gold, and that’s a long way off right now, but my first concern is winning this fight Saturday night then putting a streak together to get to that spot.”

Meerschaert’s extra efforts in training, combined with his mental focus, have him feeling like this is his real shot at making a climb up the rankings. It’s a feeling that Meerschaert has been searching for over his five years as a UFC fighter and now that it’s here, he can’t wait to let it loose.

“I guess more maturity and more experience always helps. Even this time I feel better than I did last time, both mentally and physically. I know I’ve put in the work and I deserve to win,” Meerschaert said. “It’s just a matter of me pulling the trigger and I feel more comfortable and confident than ever in doing that.”

Don’t miss UFC Fight Night: Barboza vs Chikadze, which also features The Return of The Ultimate Fighter finale. The action begins at 7pm ET / 4pm PT on ESPN and ESPN+.