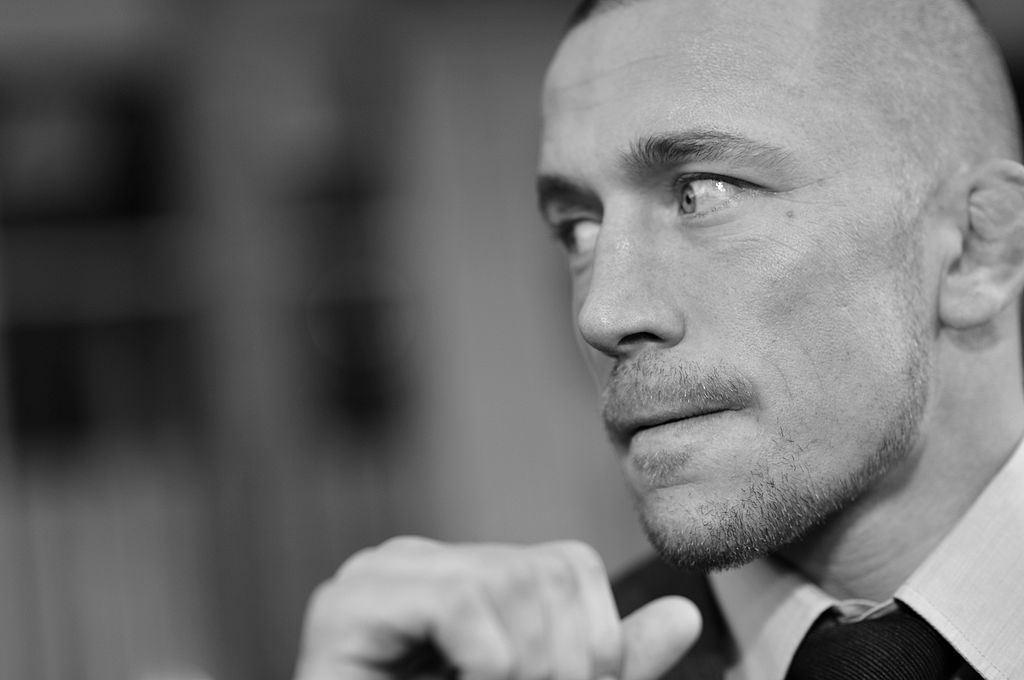 Despite all the rumors and speculation following Georges St-Pierre’s 2013 bout against Johny Hendricks and the former welterweight champion’s subsequent hiatus from the sport, the Canadian icon always knew he would be back.

“I always thought I was going to return at one point,” he said. “I had this idea in my head and I would not live my life happy if I wouldn’t do it.”

On Nov. 4, St-Pierre makes his first start in four years when he challenges Michael Bisping for the middleweight title in the main event of UFC 217 at Madison Square Garden. In New York this week to promote the bout, the 36-year-old from Montreal sounds happy to back. Not happy for the media’s sake, but happy that he’s back in a place that has been his home for much of his life. 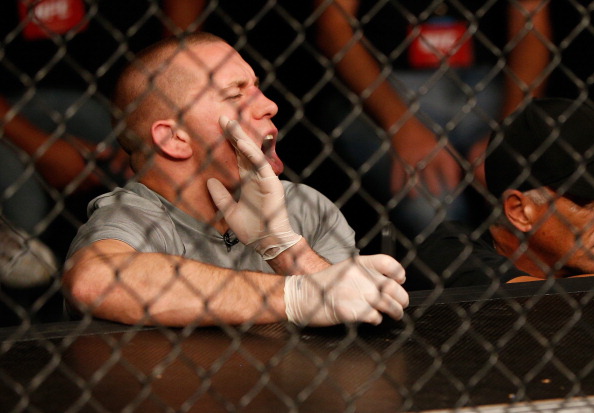 Francis Carmont in his middleweight fight against Ronaldo " align="right" />“Mentally, I’m happy to be back,” he said. “I don’t fight because I have to, and in training I’m more motivated and happier to train. I love what I do for a living and this different environment and different structure is gonna make the difference.”

After his win over Hendricks at UFC 167, the ninth successful defense of his undisputed welterweight title, St-Pierre was mentally exhausted, both in and out of the Octagon. So in the past few years, he streamlined his life, took advantage of not being in the hamster wheel of training camp-title defense-training camp-title defense, and lived as a civilian for the first time in a long time.

And when he got the jones to fight again, he made that phone call to the UFC. Negotiations for his comeback did take a while, but eventually a deal was reached. GSP was back, and his fans rejoiced.

“I wanted to come back earlier, but the negotiations were going nuts,” he said. “We couldn’t find a field of agreement, and when we did, injuries occurred and it postponed the whole thing. But now I’m glad that everything has fallen into place.”

Related: Georges St-Pierre "You haven't seen the best of me"

First up is Bisping, the man with the most wins in UFC history and a fighter coming off a career year in 2016 in which he defeated Anderson Silva, Luke Rockhold and Dan Henderson in succession. 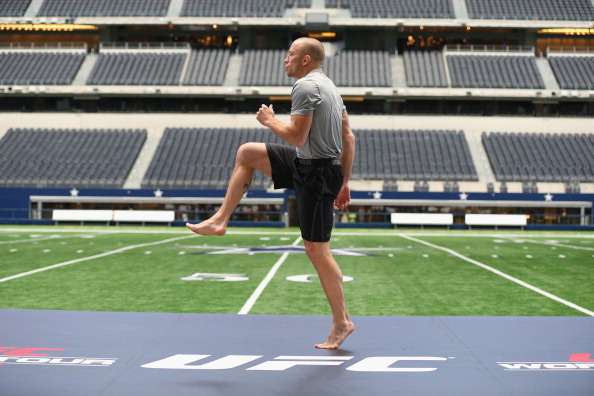 With a win, St-Pierre will join Conor McGregor, BJ Penn and Randy Couture as the only fighters in UFC history to win titles in two divisions, but he’s not promising that middleweight will be his final destination.

It’s nice to think of an MMA world with St-Pierre back in it, and he feels the same way. So what did he miss the most while he was away?

“The victory,” he said. “The feeling of victory is amazing and it’s something you cannot describe. It’s pretty unique.”

It’s also a feeling he knows better than most, having won 25 of his 27 pro fights. But if you read between the lines, St-Pierre may be predicting that his next fight will be the biggest yet.

“I can’t wait to be back,” he said. “I’m gonna rewrite the page in the history book of mixed martial arts.”