The last time we checked in on Geoff Neal, the Texan had just signed a UFC contract following a first-round TKO of Chase Waldon on the first season of Dana White’s Tuesday Night Contender Series. I asked him if he was walking around Dallas wearing a full outfit of UFC gear.

“I will honestly not call myself a UFC fighter until I win at least three fights in the UFC,” said Neal in August 2017. “Then I’ll buy a hat and a shirt and walk around telling people I’m a UFC fighter. (Laughs) Until then, I’m just a fighter that’s in the UFC. I haven’t earned that title yet.”

Neal hasn’t picked up those three wins yet, but after impressive finishes of Brian Camozzi and Frank Camacho in his first two trips to the Octagon, it’s clear that the welterweight prospect belongs in the big show. Neal would agree…to an extent. 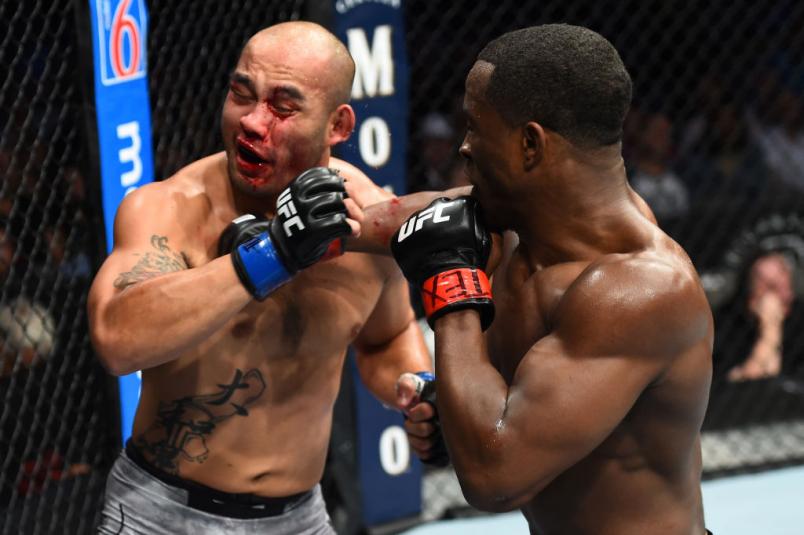 So…is he wearing the UFC gear yet?

“I actually wear the UFC stuff that they give me,” Neal laughs. “I jumped the gun early. I don’t want those clothes to sit around in the house and not wear it.”

We’ll give “Handz of Steel” a pass, but he’s not going to give one to himself because while he knows he belongs in the big show, it will be a win over Belal Muhammad on January 19 that will finally make him a UFC fighter.

“Honestly, this next fight is the test for me to actually feel like a UFC fighter because my opponent’s tough, he is a UFC fighter – he’s established and he’s proved himself – so I’ve just got to prove myself against him.”

It’s both an admirable and puzzling mindset, considering that Neal has clearly shown himself to be a rising star at 170 pounds. But the way he explains it, the second you become complacent is when you start falling behind.

“I’ll probably never be satisfied,” said the 28-year-old. “There’s always so much more. You reach one goal, you shouldn’t just see it as the end. I got in the UFC and that was the goal. But for me to say that’s good enough, no, now I want three wins in the UFC, I want four wins, I want a new contract. And after I get that contract, I’m gonna want to fight a top contender. After I fight a top contender, I want to fight the champ. There’s always gonna be more. And after I’m champ, I’m gonna want to defend the title ten times like Anderson Silva. I just want to be great.”

Now there’s the confident Neal talking, and he’s shown the potential to get wherever he wants to go in the coming years. But even being on top of the mountain won’t dull his ambition. 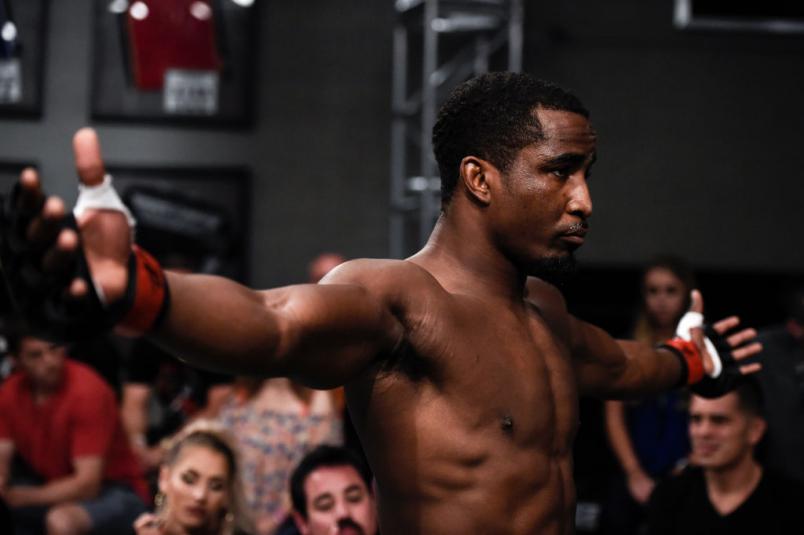 LAS VEGAS, NV - JULY 25: Geoff Neal prepares to enter the octagon prior to his middleweight bout with Chase Walden during Dana White's Tuesday Night Contender Series at the TUF Gym on July 25, 2017 in Las Vegas, Nevada. (Photo by Brandon Magnus/DWTNCS)

“At that point I’m gonna look back and say, I did it, just like after this fight, if everything goes good, I’m gonna say I’m a UFC fighter,” he said. “But then my focus is gonna change from saying I’m a UFC fighter to saying, yeah, but I’m not a champion. It’s always on to the next.”

And the great thing about it all is that in this sport, there is no finish line. There’s always more to learn, more to do, and more to see.

Neal wants it all, but despite a hectic schedule both in the gym and in his side gig as a server / bartender, he is enjoying the process as he builds his fighting resume.

“I love fight week and I love being around everything when it’s time to get ready for a fight,” he said. “But I try not to let myself get too overly excited, just because I know that this is not a for sure thing. You can be super excited to be in the UFC and then, boom, contract gone. So you can be excited, but you have to be focused at the same time.”

I laugh, telling Neal that if his past performances are any indication, he won’t have any issue keeping his contract in the UFC. The most humble fighter on the roster appreciates such a sentiment, but he’s not about to listen to me or anybody else. He’s going to follow his gut and keep that underdog mindset. It worked last year when he began his UFC journey, and he’s keeping it as he heads into Brooklyn.

“My first (UFC) fight last year, my whole goal was to prove that I belong there,” Neal said. “I got in on a short notice fight on the Contender Series and I slipped through the cracks and they let me in the door, so it was like, I’m here and I’ve got to show people that I belong here. Now, I just got done with a great finish against somebody, so everybody’s expecting me to perform just like I did in that fight and I have the same motivation to do the best I can.”

Let him in the door? I remind Neal that he kicked the door down with his win over Waldon.