Geoff Neal Is Only Focused On Winning

Welterweight Prepares For Next Big Challenge In Veteran Neil Magny
By Gavin Porter, on Twitter: @PorterUFCnews • May. 6, 2021

You either you win or you learn.

That’s the approach that Geoff Neal took away from his first UFC loss, which came at the hands of Stephen “Wonderboy” Thompson last December. The bout was Neal’s first since being hospitalized after being diagnosed as septic, and his coaches, including Fortis MMA head coach Sayif Saud, were unavailable due to COVID-19 protocol.

Even though Neal had to face all that adversity in the lead-up to his bout with Thompson, he never made excuses for the defeat. Instead “Handz of Steel” viewed his first main event as an important experience that gave the 30-year-old Texan confidence moving forward.

With that being said, Neal admits that he had moments during the bout where he lost his focus and felt a little spacy. That feeling isn’t something he had experienced in the UFC thus far and he believes that his respect for Thompson contributed somewhat to those quick lapses. 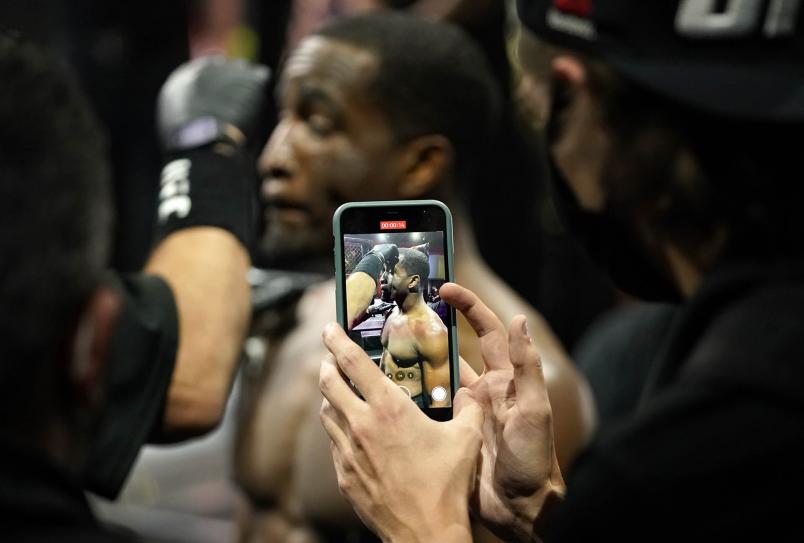 “He was able to keep focus for five rounds straight; he never lost focus but there were times in the cage where I was losing focus and having lapses,” Neal said about Thompson. “He never had one the whole fight. He showed me you have to be focused for the full 25 minutes or you’re not going to win.”

“He would do something, and I was like ‘Wow,’ and he hit, moved and hit me, then moved again, and in my mind I’m like, ‘Damn that was cool,’ and I’m like, ‘Why am I thinking this is cool? I should be mad he just punched me in my face.’ But it wasn’t registering like that,” Neal said before adding how he plans to address the issue. “You just got to focus on being focused. If you feel yourself starting to fade, you have to snap out of it. I’m still figuring that out.”

Neal brings up an important point, as he’s still finding himself as a fighter. The bout with Thompson was his first career UFC main event and just his sixth UFC fight, overall. The loss gave him time to reevaluate a few things and it also gave him confidence in his body again.

He brings that reborn confidence into battle this weekend at UFC Fight Night: Rodriguez vs. Waterson, as he takes on UFC veteran Neil Magny. Both fighters are hoping to jump back into the title picture after suffering a main event loss, and it’s the perfect opportunity for Neal (13-3) to get back on track. Heading into this weekend, he’s feeling relaxed and ready to test himself against the perennial 170-pound contender.

“[Magny] is someone that I trained for already, so it was pretty easy to jump right back in camp and get ready for him. He’s a tough opponent and he’s a test for me,” Neal said about the ninth-ranked Magny. “If I can’t handle his grappling and his pace, I need to reassess myself and figure out some things because I’m not going to be champion if I can’t handle his pace and his grind.”

Neal sees some qualities in Magny’s game that remind him a bit of UFC welterweight Kamaru Usman, and he’s excited for the challenges that the Elevation Fight Team standout presents.

“The pace, the grind, the wrestling. [Kamaru] Usman the champ, he’s like that. He’ll grind you, but now he can knock you out,” Neal laughs. “So you’ve got to deal with that now. He’s that type of fighter he will grind you out for five rounds and try to break you and Magny tries to do the same thing. If I can’t handle Magny doing that, there is no damn way I could handle Usman doing that.”

Neal’s honesty comes from his goal to become world champion. He isn’t fighting for checks; he is fighting because he loves to compete and wants to be the best. Beating Magny would show him that he has evolved his game and that he can handle the pressure that comes with fighting strong grapplers. 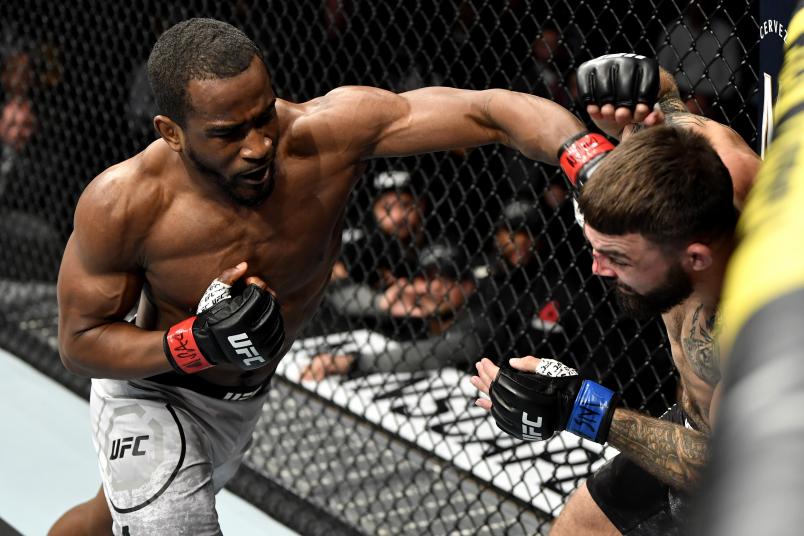 Guys ranked ahead of Neal like the champ, Colby Covington, Gilbert Burns, Michael Chiesa and Demian Maia all are known for their grappling and submission game. But before Neal can focus on those challenges, he knows he has to get the job done against Magny on May 8.

“I just got to win. Winning handles everything. If I’m continuously winning, I’m eventually going to get where I got to be, so I can’t really worry about who wants this or who wants that or who is getting matched up with this person,” Neal said when reflecting on the landscape of the division. “As long as I’m winning, and bonus points if I’m knocking people out while I’m winning, I’m going to get to where I need to be.

“I’m still here. It’s going to be the same Geoff, the same aggressive fighter. I’ve got some new flair to my style but I’m just looking to show who I am.”