"I’m never very excited to fight. It’s not that I don’t want to fight, but this is a job and the least amount of emotions I go in there with the better I do." - Gegard Mousasi 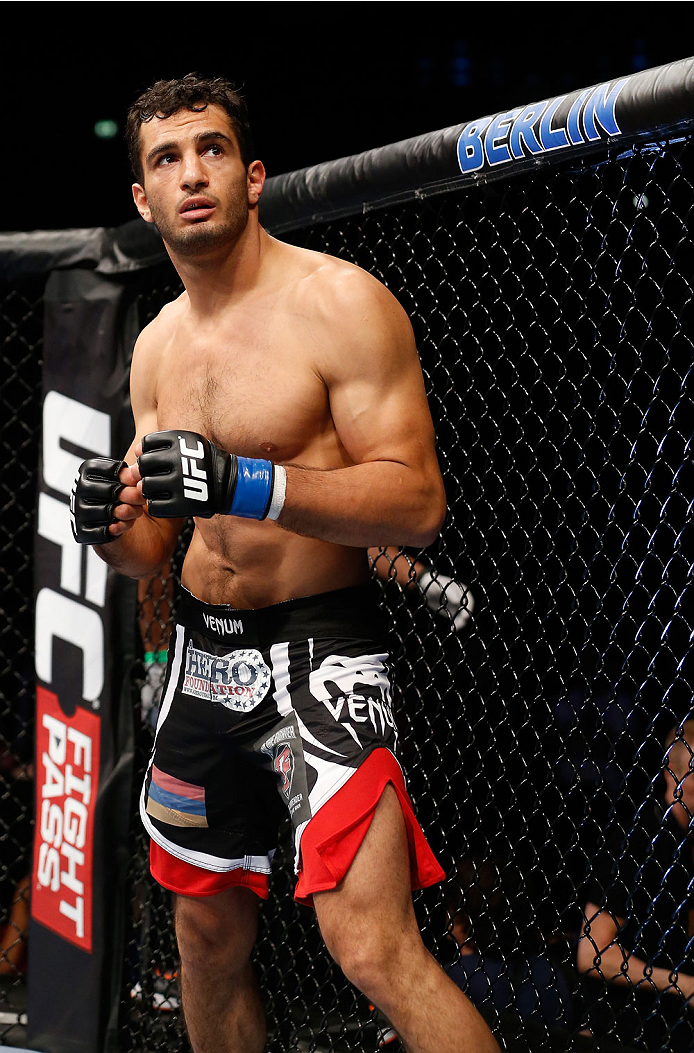 In the hostile and turbulent world of chaos that unfolds inside the Octagon, it’s only logical the athletic archetype is one of intensity. With the UFC becoming the biggest stage in mixed martial arts, a sport once thought brutal has bred generations of competitors who have taken their craft to a place where a finely-tuned technical base is a requirement.

That said, even those who have elevated their skill sets to resemble an art form display their passion in some form or fashion. Whether it is the proverbial fire behind the eyes or the pre-fight adrenaline-fueled bounce, those underlying impulses almost always find a way to show themselves. In this regard, Gegard Mousasi is nothing short of an enigma.

In a sport where fighters getting fired up to compete is the norm, the Dutch fighter dwells at the opposite end of the spectrum. The former Strikeforce light heavyweight champion turned UFC middleweight contender is the definition of calm once he steps into action and his presentation creates a jarring contrast to the live-wire environment he is surrounded by. Yet, while those aspects of Mousasi’s approach may seem offbeat and lackadaisical at times, make no mistake about it; everything about his fighting style is calculated.

Some apex predators run their prey down in the open, where others lure in their opposition before choosing to strike. All it takes is a few quick study minutes of watching the 29-year-old move inside the Octagon to know he is of the latter variety and those tactics have become his signature when things go live. Everything about Mousasi - whether intentional or planned - is unassuming, and that’s the perfect setup for what he’s intending to unleash.

Anyone who doubts his ability to be both threatening and elusive at the same time need only look at his first round destruction of Mark Munoz back in May. “The Filipino Wrecking Machine” is a tough customer inside the Octagon and Mousasi put him away without absorbing a single strike. It was truly a flawless performance.

“I normally don’t get excited very much during the fight anyway,” he said. “I can always defend myself well, but it was definitely a dominant performance. Hopefully we can get another win like that. I wanted to make a big statement for sure, but a lot of times that depends on the opponent. If they come to fight then you get more chances to do something impressive.  It was a dominant performance and I got the win.”

From his stoic demeanor pre-fight, to his coiled up, cobra-esque stance when he’s stalking his opponent inside the Octagon, Mousasi’s sense of calm never breaks. It’s a remarkable trait that has fascinated the MMA community for years and he has proven to have one of the most complex presentation / style combinations in the contemporary era of mixed martial arts.

That is unless you ask Mousasi himself. The surging 185-pound contender feels there is a good reason for his lack of enthusiasm in the moments before the ruckus begins, and assured the fighting faithful there are happiness levels to be found on the “Mousasi Excitement Scale.”

“I’m never very excited to fight. It’s not that I don’t want to fight, but this is a job and the least amount of emotions I go in there with the better I do. I do my best and I don’t do anything different going into a fight. That’s just how I am. It may look like laziness but I’m ready to go,” Mousasi laughed.

“After the fight, if I win the fight then there is a relief that I won, but then I go have fun with my friends and family. That’s when all the hard work is paying off. That’s what I do all the weeks of training for.”

Since Mousasi entered the UFC in April of 2013, he’s been squaring off with rotating lineup of heavy hitters and top-ranked talent. His next challenge may actually prove to be his most difficult bout to date inside the Octagon, as he will attempt to derail the six-fight winning streak of Brazilian grappling ace Ronaldo “Jacare” Souza at UFC Fight Night: Mousasi vs. Souza this Friday night in Mashantucket, Connecticut.

While the two men tangled several years back on the other side of the globe, Mousasi doesn’t see his upcoming bout with Souza as a rematch. He believes both men are far different fighters than when they met back in 2008, and their upcoming tilt will reflect the progress they have made. That said, Mousasi knows their main event scrap could carry heavy title implications and he hopes to take a step toward his ultimate goal.

“I don’t want to get myself too excited, but I hope so,” he added in regard to a title shot. “Other than Jacare and I, there aren’t too many guys up there. But Luke Rockhold is going to be fighting again soon and Anderson Silva is coming back. Many things can happen and I don’t really know. We will just have to wait and see but I hope I earn a title shot with a win over Jacare.”