Gastelum vs. Woodley Set for UFC 183

Tickets for UFC 183 go on sale this Friday. For more information, click HERE. 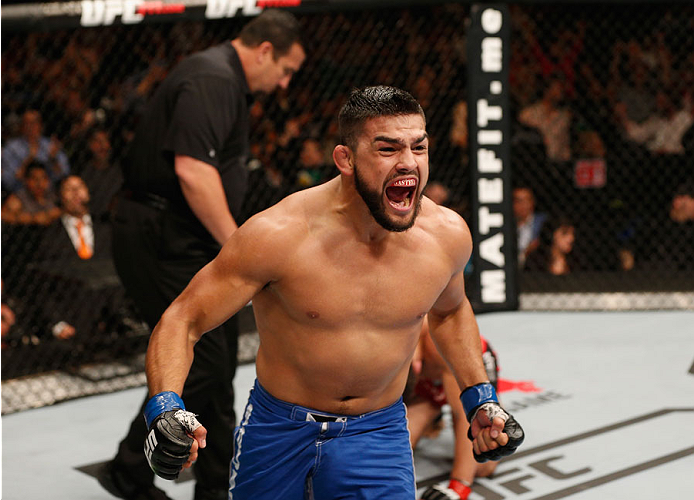 Fresh off the biggest win of his career over Jake Ellenberger at UFC 180 last weekend, welterweight contender Kelvin Gastelum will seek to knock off another highly-regarded 170-pound standout when he faces Tyron Woodley in the co-main event of UFC 183 on January 31 in Las Vegas.

Unbeaten as a pro, Gastelum followed up his Ultimate Fighter 17 finale win over Uriah Hall in 2013 with four consecutive victories, none bigger than his first-round submission of Ellenberger in Mexico City. Now he will face off with the ultra-dangerous Woodley, a world-class wrestler with one-punch finishing power whose last four wins over Jay Hieron, Josh Koscheck, Carlos Condit and Dong Hyun Kim have come by way of knockout.