Gastelum makes promise ahead of UFC 205

Kelvin Gastelum promises that when he walks into the Octagon at Madison Square Garden for his UFC 205 bout against Donald Cerrone that he will be better.

Better than what? Well, according to the welterweight contender, better than a stellar performance against former world champion Johny Hendricks at UFC 200 in July.

“I did pretty well on probably the worst night of my life,” he said of the Hendricks fight, which he won via shutout decision on two of the three judges’ scorecards. “It really was a horrible experience, a horrible weekend.” 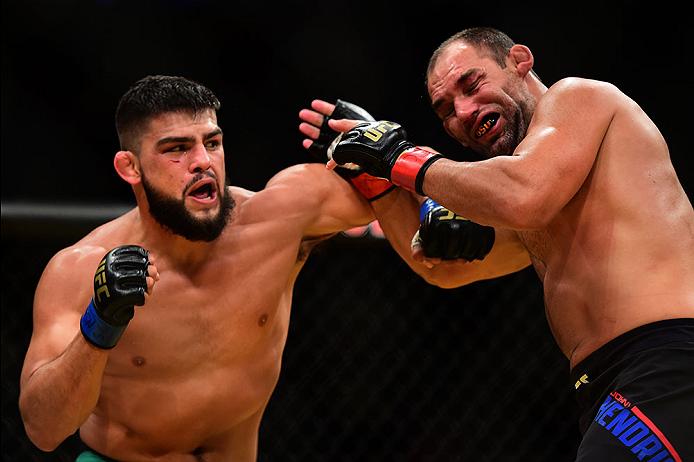 Every fighter should have a horrible night like that. Gastelum disagrees.

“I'm looking to have a great night on November 12th.”

The former Ultimate Fighter winner does have that great night potential, and he’s shown flashes of brilliance since coming off the reality show in 2013. Winner of seven of his nine UFC bouts, with his only defeats being split decisions against Neil Magny and current welterweight champ Tyron Woodley, Gastelum has grown up in public, and at 24, he’s a different fighter and man than he was three years ago.

“It's been crazy,” he said of his UFC journey. “It's been a ride of mainly just growth. I've done a lot of growing and maturing. When I got on the show I was 21 and didn't know much about anything. Now I've been able to travel around the world, learn a few things, so it's taken a complete 180 turn. Sometimes I surprise myself by how much I've changed.”
RELATED CONTENT: Gastelum's matchup w/ Cowboy Cerrone | Gastelum talks after the infamous UFC 205 Press Conference

And though he doesn’t mark the Hendricks win as one of his great moments, he does realize that having to go through the hype and attention of being on the UFC 200 card will help him in the lead-up to UFC 205.

“It definitely does help me but, at the same time, I've envisioned this a million times in my head,” Gastelum said. “This is in my head, this is all supposed to happen, so it just comes naturally. My reaction to it is just like, 'Hmm, this is 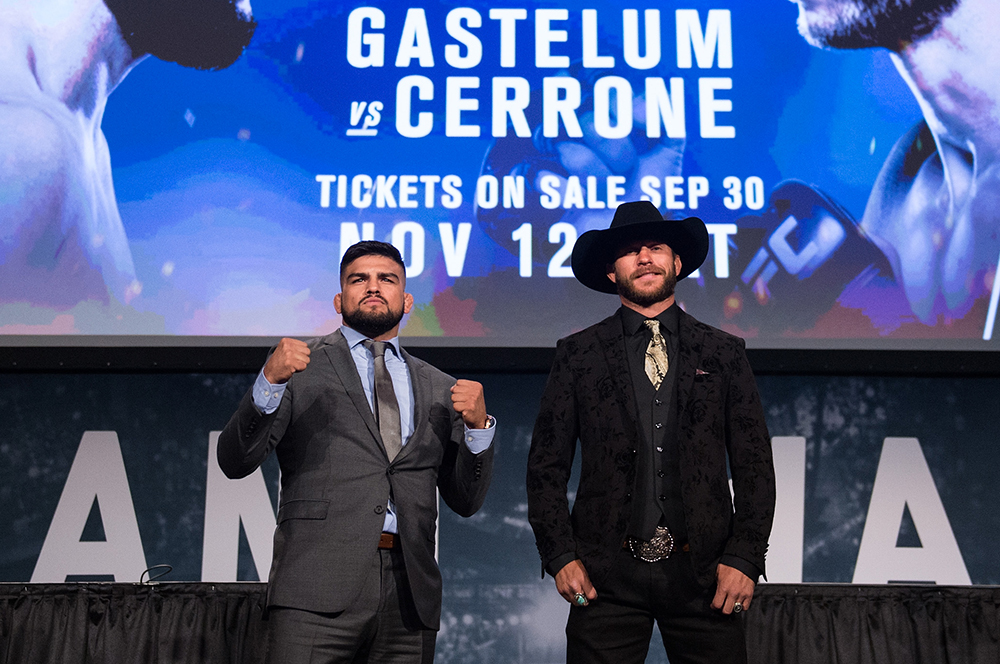 supposed to happen for me.' Or at least I think so.”

And against the surging Cerrone, he has the perfect dance partner to not only possibly pick up some bonus money, but to make his case for a world title shot.

“This fight, for me, I have to make a statement because I feel like now is the time where I start to define myself as a contender,” he said. “I'm never gonna be younger than now. I'm young, I'm quick and I'm only getting better, so I need to prove to myself that I can beat the elite guys in order for me to know that I can be champion.”

Having Woodley defending his crown against Thompson on the same night as he fights Cerrone is also a perfect storm, as fans will likely clamor for the winners of both bouts to eventually meet. Gastelum likes that idea.

“This is the perfect scenario,” he said. “I go in there and I make a statement and I win, and they go fight for the title, and they'll put two and two together hopefully and say, 'That guy can fight next for the title.' And absolutely, I will take it.”