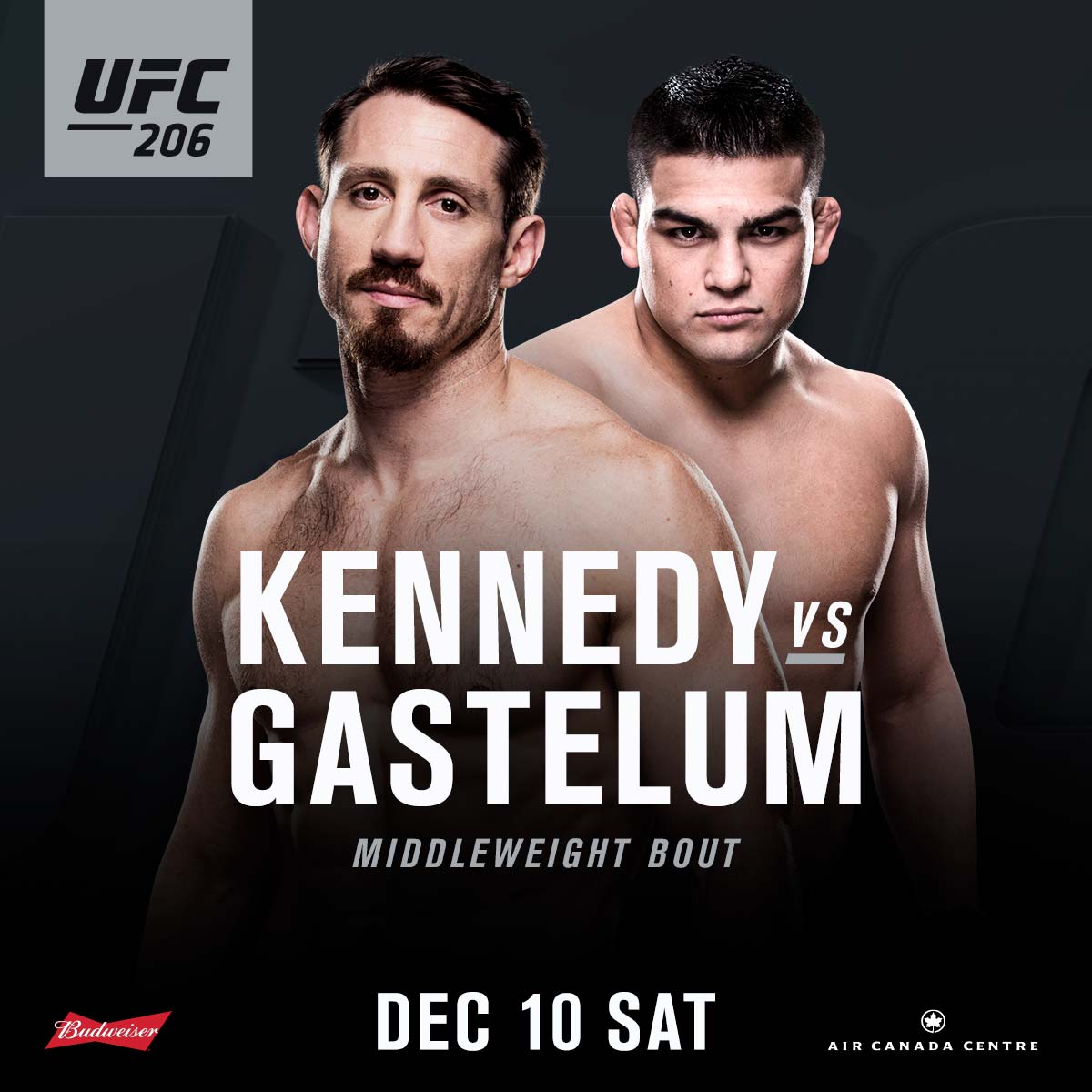 The UFC 206 middleweight bout between Kelvin Gastelum and Tim Kennedy is now official for Dec. 10 in Toronto.

After Gastelum's suspension by the New York State Athletic Commission was lifted this week, the way was cleared for Gastelum to be licensed by the Ontario Athletic Commission, which approved the middleweight main card matchup between the former Ultimate Fighter winner and perennial 185-pound contender Kennedy.

UFC 206 is headlined by the interim UFC featherweight title bout between Max Holloway and Anthony Pettis. The card will air live on Pay-Per-View from Air Canada Centre.