Fresh from a spectacular return to the middleweight division last weekend, Kelvin Gastelum will go hunting for an even bigger name on Mar. 11, when he travels to Fortaleza, Brazil to face Brazilian superstar Vitor Belfort in a UFC Fight Night main event. 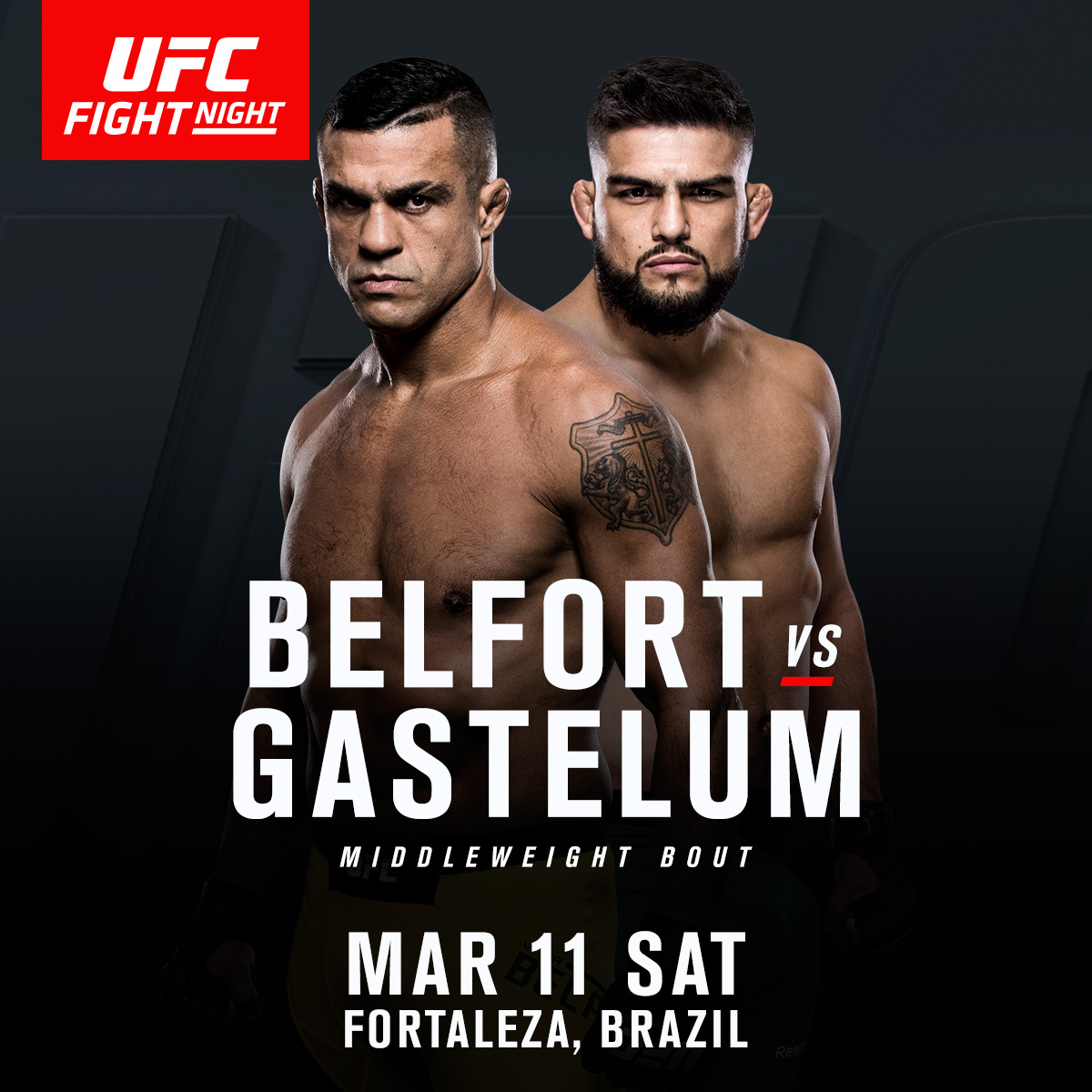 A winner of The Ultimate Fighter 17, Gastelum quickly established himself as a legitimate welterweight contender. But last Saturday in Toronto, the Arizonan returned to 185 pounds and scored a spectacular third-round TKO of Tim Kennedy. Next on his hit list is “The Phenom.”

One of the greatest Brazilian fighters of all-time, former UFC light heavyweight champion Vitor Belfort is determined, at 39 years old, to make another run at glory, starting with his Mar. 11 bout against Gastelum. Winner of middleweight bouts against Michael Bisping, Luke Rockhold and Dan Henderson, Rio de Janeiro’s Belfort is determined to defend his home soil against Gastelum.

The night of fights in Fortaleza will also feature a battle of ranked lightweights Edson Barboza (Currently No. 5 in division) vs Beneil Dariush (No. 9).