Garbrandt Moving On From The Past

“It’s a learning experience for me and I’m grateful to be here. I’m hungry and more motivated than ever to get back in there and fight. This is my true passion.”
By E. Spencer Kyte • Feb. 27, 2019

For the first time in more than two-and-a-half years, Cody Garbrandt will step into the cage in a three-round, non-title fight as he enters the Octagon this weekend to face Pedro Munhoz in the opening bout of the UFC 235 pay-per-view main card at T-Mobile Arena in Las Vegas on Saturday.

It is both a sharp departure from the headlining assignments and championship tilts that had become the norm for “No Love” over his previous three appearances, but also a welcome opportunity to return to action and attempt to get back into the win column after suffering consecutive losses to former teammate turned rival TJ Dillashaw.

“The past is the past and I don’t even think of the past,” said the former bantamweight champion, who looks to bounce back from the first two losses of his professional career against the underrated Brazilian Munhoz. “It’s a learning experience for me and I’m grateful to be here. I’m hungry and more motivated than ever to get back in there and fight. This is my true passion.”

After racing into title contention on the strength of five straight victories and three consecutive first-round stoppage wins over the first eight months of 2016, Garbrandt claimed the bantamweight title with a virtuoso performance against Dominick Cruz at UFC 207.

At every moment and in seemingly every exchange, the Team Alpha Male representative beat Cruz to the punch and left the defending champion swinging at air. His confidence growing throughout the fight, Garbrandt looked like Neo once he’d figured out how to move within The Matrix, poppin’ and lockin’ when he made Cruz miss and shooting him with a finger gun when he put him on the canvas.

Following the victory, he declared himself ready to welcome the challenge of his former teammate and 11 months later, after an acrimonious build up that included a stint as coaches on The Ultimate Fighter and the bout being rescheduled, the bitter rivals squared off at Madison Square Garden as part of the tetra-pack of title fights that closed out the UFC 217 card.

Brandishing the quick, powerful hands that carried him to the top of the division, Garbrandt stung Dillashaw late in the opening round, sitting him down and seemingly having him dead to rights before the horn sounded to end the first, allowing the challenger a minute to recover in his corner.

Less than three minutes later, the fight was over, Dillashaw having caught Garbrandt with a counter right hook as they exchanged in space and pouncing when the champion was spun to the floor. 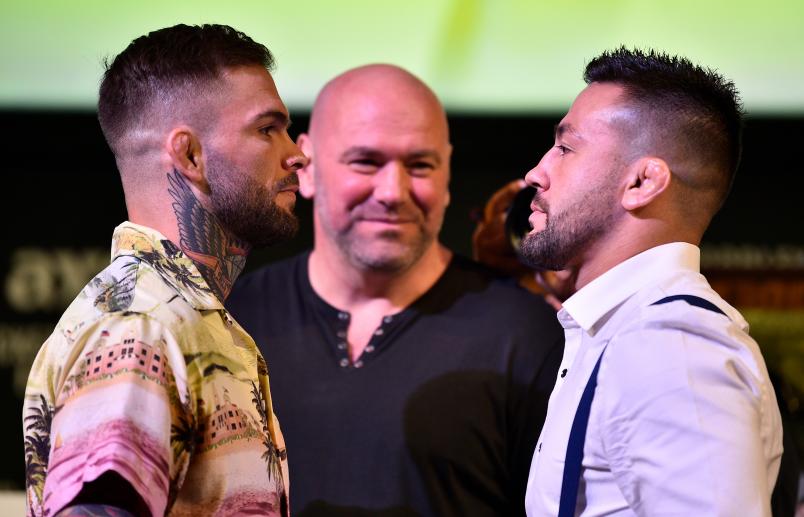 They would run it back exactly nine months later on August 4, 2018, with Garbrandt entering as the hunter and Dillashaw being the hunted and Dillashaw handing his ex-training partner a second straight stoppage loss.

“Obviously it’s tough to lose and to lose to an adversary that you know that you’re better than both times, but who’s going to argue when you’re 0-2 against the guy?” Garbrandt said, reflecting on the twin setbacks that stand as his last two appearances inside the Octagon. “That was kind of a tough pill to swallow for a little bit, but without loss, there is no growth and I feel like I’ve grown over these last two years and it has only helped me in my career.

“There are a lot of things I learned from those fights and I’m very thankful that I’ve grown not only as a fighter, but also as a person,” added the 27-year-old, who welcomed his first child with his wife Danny, a baby boy named Kai, in March of last year. “I got back with my coaches and teammates and said, ‘Here’s what we need to do and here’s what we need to focus on.’ Sometimes I get so fired up in there to fight, but I don’t have to be going 100 percent the whole time.

“No one has my speed or my power, so (I can) dial them up (when I need to) and if the knockout comes, (it comes), otherwise, dance around, do my thing. That’s what I have to get back to.”

Saturday’s bout with Munhoz is a perfect opportunity for Garbrandt to show everyone that he remains one of the elite talents in the bantamweight division.

The 32-year-old Brazilian is one of the most underrated fighters in the 135-pound ranks; a well-rounded talent with six wins in his last seven starts and a 7-3 record with one no contest in his UFC career. Each of those three setbacks have come against fighters entrenched in the Top 10, with two more recent losses coming by way of split decision.

Last time out, Munhoz made quick work of Top 15 fixture Bryan Caraway, keeping the fight standing and getting loose with his striking before felling the former TUF contestant with a series of front kicks to the body just prior to the three-minute mark of the opening round.

“He brings a lot of great skills into the Octagon, but he’s never faced an opponent like me. I’m excited to go out there and show him there are levels to this game. He believes he’s going to be the best and one day be world champion, so it shapes up to be a great fight. 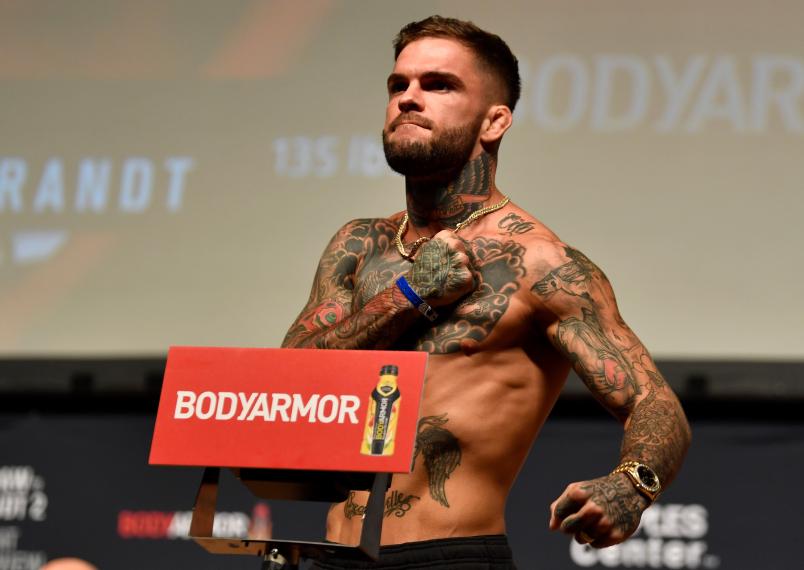 LOS ANGELES, CA - AUGUST 03: Cody Garbrandt poses on the scale during the UFC 227 weigh-in inside the Orpheum Theater on August 3, 2018 in Los Angeles, California. (Photo by Jeff Bottari/Zuffa LLC/Zuffa LLC via Getty Images)

LOS ANGELES, CA - AUGUST 03: Cody Garbrandt poses on the scale during the UFC 227 weigh-in inside the Orpheum Theater on August 3, 2018 in Los Angeles, California. (Photo by Jeff Bottari/Zuffa LLC/Zuffa LLC via Getty Images)

For Garbrandt, the early start to his 2019 campaign presents an opportunity to compete three times, with his ideal timeline being a return to the cage in Las Vegas as part of International Fight Week in July, but for right now, his focus is solely on this weekend and getting back into the win column in impressive fashion.

“I’ve visualized this fight thousands of times in my head and I see a finish,” added Garbrandt. “I don’t know which round, but I know I’m going to finish Pedro and get back to my winning ways.”