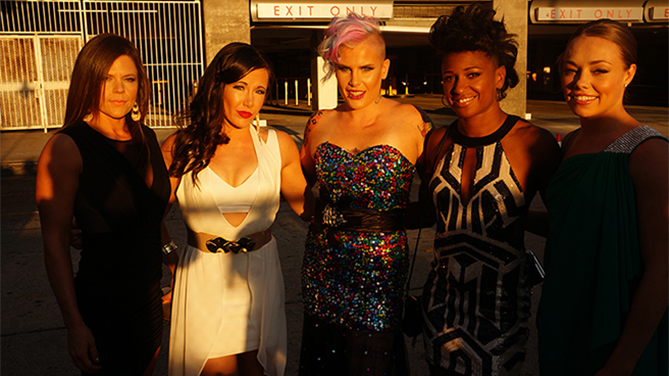 LOS ANGELES– During the first 17 seasons of The Ultimate Fighter, the game plan was simple: Pick 16 of the country’s best up-and-coming fighters from any weight class and have them fight in the toughest tournament in sports.
Things changed, however, during the 18th season, when now-UFC women’s bantamweight champion Ronda Rousey ushered in a new era of female fighters in the UFC.
And that was just two years after UFC President Dana White said a women would never fight in the Octagon.
“This whole women’s MMA thing has exceeded my expectations. I’m so into it, I see what’s going on and I’m so fascinated by it. Going back to the Little League World Series, first of all, there was a 13-year-old boy, one of the best players on his team, and they asked him who his favorite athlete was. So he’s up to bat and it says ‘Favorite Athlete: Ronda Rousey.’ First of all, that’s crazy. Period. Know what’s even crazier? He’s a 13-year-old, African-American kid from the south side of Chicago and he picked a white woman as his favorite athlete. That’s game-changing sh*t.”
That sentiment was echoed numerous times Tuesday night as contestants from the upcoming season of The Ultimate Fighter hit the red carpet in anticipation of the popular television show’s premiere on tonight on FOX Sports 1.
The event capped up a near two-week long press tour, in which fighters travelled from New York to Los Angeles and 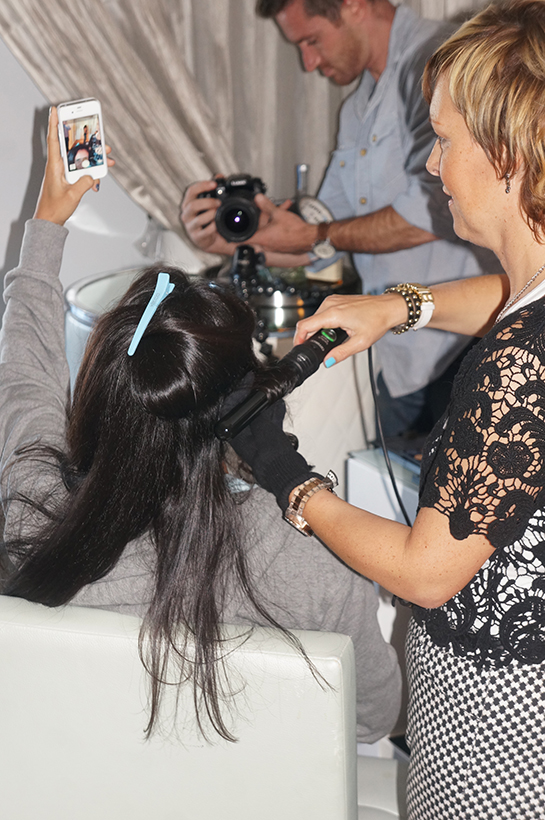 everywhere in between to promote the show and themselves.
“My experience has been busy, but good busy.” said former Invicta FC champion Carla Esparza. “For me personally, going on Good Day LA to talk to people who I watched as a kid was really special.
The cast spent most of Tuesday getting glammed up for the red carpet, proof that the UFC and FOX are putting their all behind the historic season.
But the contestants didn’t mind one bit.
“I love getting glammed up, it’s one of my favorite things to do!” said Esparza.
Emily Kagan, who was out of the country at her brother’s wedding during majority of the tour, made it back just in time to get her hair and makeup done.
“I’m not very good at [getting glammed up] myself. But I do love it because I enjoy beautifying myself and showing my more feminine side. It’s fun for me. But it’s nice to have help.” said Kagan.
From there, fighters made their way from the fancy confines of the W Hotel to the outside of Lure Nightclub in Hollywood with the support a wide-range of celebrities who are excited for the premiere.
“I’m so excited for the women on the show. My daughter is 8, and she does jiu-jitsu now, and for her to see women who are strong and empowered and doing everything ‘boys can do’ is a good thing.” said FOX Sports 1 correspondent Karyn Bryant. 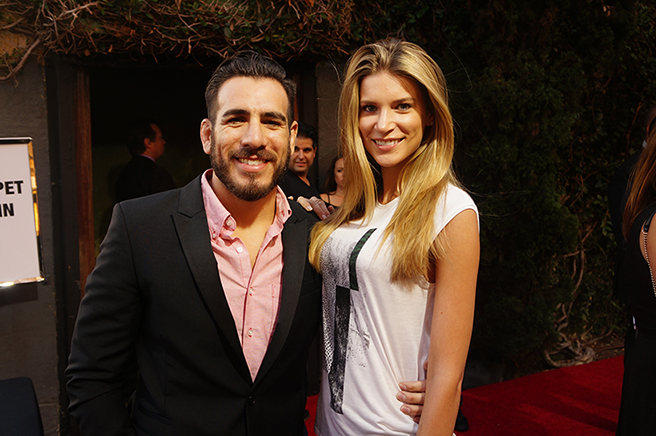 “I’m very excited. It’s unique in that it’s all women this time and it’s for a belt. These aren’t fighters coming on the show to establish their career.” said The Ultimate Fighter season 1 and UFC commentator Kenny Florian. “They’re the best women in the world fighting for a belt and I’m excited. I always like seeing new twists on the season.”
Also making their way onto the red carpet were owners of the ‘greatest and biggest podcast of all time’ Brendan Schaub and Bryan Callen.
“FOX said the people are looking for you, so I said alright, we’ll take a minute out of our busy schedule, we’ll Uber a chopper over here.” said Callen.
Schaub, who was just scheduled to take on Travis Browne at UFC 181 in December, is convinced that this will be the biggest season of The Ultimate Fighter. Outside of his own of course.
“They’re going to need these ladies, every single one of them, because they need to establish a roster and it comes from these ladies on The Ultimate Fighter. So it’s important they do well and people like them. I think it’s the biggest season since season 10 with Brendan Schaub and Kimbo Slice,” said Schaub with a huge grin. 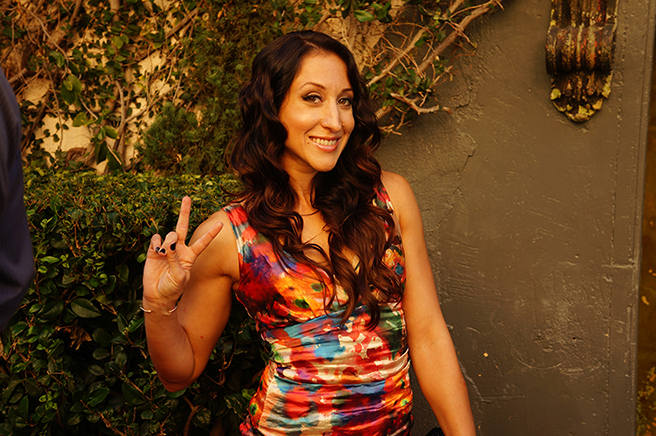 Schaub’s opinion isn’t too far-fetched, especially since this season features two former Invicta FC champions – Carla Esparza (strawweight) and Jessica Penne (atomweight). Not to mention, fighters born in the United States, Scotland, Ireland, Australia, Tasmania, Iraq and Russia.
“I’m excited to see who the next Ronda Rousey. I’m excited to see who this girls are and what they are all about.” said comedian and actor Brody Stevens.
After the cast made their way through the red carpet, followed by a flood of celebrities including Gary Payton, Jay Glazer, NFL quarterback Matt Leinart, Forrest Griffin, Urijah Faber, bantamweight champion T.J. Dillashaw, former UFC champion Chuck Liddell, and many more, they made their way inside of Lure for drinks, food, and a short speech from White.
The UFC president opened by thanking FOX for all the work they’ve done and closed with a special message for the cast of The Ultimate Fighter.
“This is as legit as it gets man. This is more than a new television show, it’s a f*cking movement. And for something I wasn’t into a couple years ago, I’m pretty into it now. It’s unbelievable. And it’s all because of you badass women. I respect you so much and I appreciate you. Thank you for who you are, it’s pretty special.”
Season 20 of The Ultimate Fighter premieres on FOX Sports 1, Wednesday, September 10, 2014 at 10 p.m. ET with a special two-hour episode. Check www.ufc.com/tuf after each episode for behind-the-scenes photos, a recap of all the action, and web extras from the show.