Gall wants to fight the "sharks" of MMA

It’s one of the oddest fight breakdowns of recent years. Fans are wondering if CM Punk can fight, but not if he can handle the spotlight. Yet on the other side of the Octagon in Cleveland this Saturday, those same fans know Mickey Gall can fight, but can he deal with life under the bright lights?

So far, so good on that front if you ask the man himself.

“I feel great,” Gall said. “My head’s in a great spot. I’ve been talking with a sports psychologist, and we’ve been working with staying in the present, staying in the moment, staying in my element and just worrying about me. And it’s really helped. I’m staying very grounded. Stuff could be hectic if I start playing on social media too much, but it’s been great. Also, I have a lot of confidence based off the last fight. I know how great I felt in my debut, and I plan on carrying that forward into this one.”

That UFC debut in February didn’t last long, as Gall submitted Mike Jackson in 45 seconds, but it did move his pro record to 2-0 while establishing the Green Brook, New Jersey native as a prospect to watch. But he’s in no prospect position at UFC 203 this weekend, as he’s on the Pay-Per-View main card while receiving main event-level attention for his bout against the former WWE superstar.
RELATED: Joe Rogan breaks down Gall vs CM Punk | Gall fighter bio | Matchup with Punk

In the UFC, handling everything that happens before the Octagon gate closes often determines who succeeds and who fails. Gall went through the process once, and while it’s a lot bigger now, that experience has been invaluable for the 24-year-old.

“I think it was a great move to have me do that one before,” Gall said. “Before that, all I was was a guy who won a regional fight and just said CM Punk’s name, and now I’m fighting him. I think it was better that I had to earn it, that I had to go in and do what I can do. It makes all the little highlights and videos better, and it gave me a little more exposure as well.” 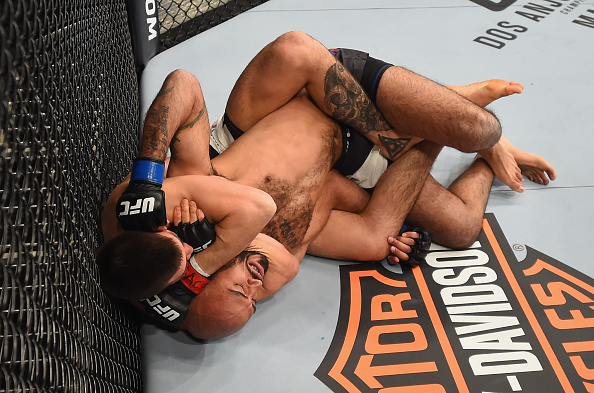 And this time around, nothing has changed while everything has changed. In other words, in the midst of this latest hurricane of media obligations, Gall is refusing to let it change his fight preparation.

It’s a mature approach but also a necessary one when working with the Miller Brothers MMA team led by Jim and Dan Miller, who have become more than coaches to Gall.

“They have been role models of mine, not just in MMA, but in life,” he said. “The way they carry themselves, they’re blue collar guys, and they’re studs. They’re tough Jersey guys and guys I’ve looked up to for years. And it’s not only in words, but their actions as well. And I feed off guys like that. They’ve been very big in my development.”

Has Punk been as lucky in Milwaukee with the Roufusport squad? If he has, then it could be an interesting three rounder on Saturday. If not, then Gall might just end his opponent’s night before it really even gets started. And that’s the plan for Gall, who is not taking Punk – who has no MMA fight experience - lightly at all. 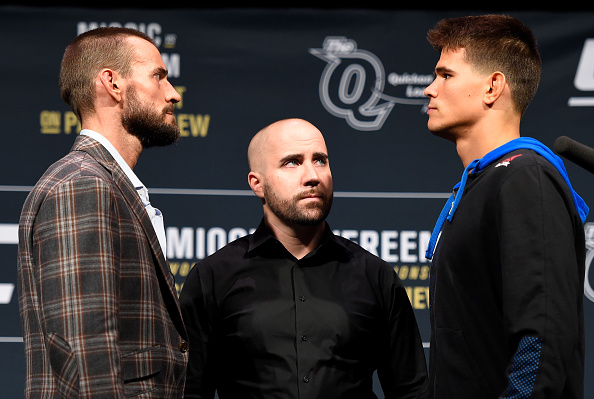 “It would be idiotic for me to be overconfident,” he said. “The truth of the matter is, I’m in a high risk, high reward situation. In this sport, anything can happen. If I lose to this guy, I become a joke. I beat this guy, I get a whole lot of exposure, my name becomes bigger, and my MMA career will flourish from it. So I’ve taken my preparation very seriously. In the past six months, I’m very proud of what I’ve done. I made the most of it, I’ve gotten stronger, better, faster, and every aspect of my game has improved. I’d beat up the version of myself that won in 45 seconds in February. I’d beat that guy up.”

But what of September 11 and beyond. If Gall beats Punk, there’s no turning back, and when every night is a swim with the sharks, that could be intimidating. But not to Mickey Gall.

“I’m not looking past Punk, but of course I’m looking ahead, and I welcome the sharks,” he said. “That’s why I got into this sport. I want the sharks, I want the big names. Big names make nice trophies, and I want the trophies. I want some wars. I want the fights that I can look back on and be proud of.”