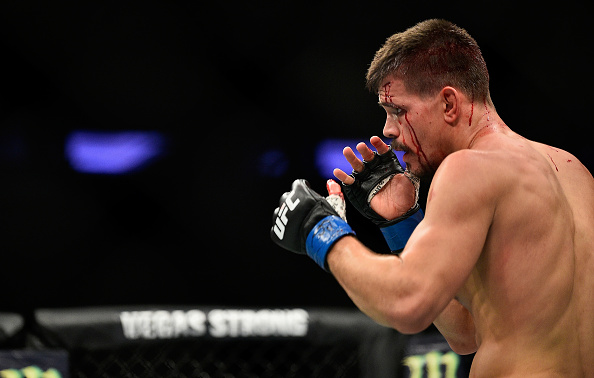 I compliment Mickey Gall on his patience. Not many 26-year-old prospects would suffer their first professional loss and then take nine months to go to the woodshed to build their game before returning to action.

“It's not easy,” admits Gall. He pauses, then laughs.

“To be honest, I was beating down the door, saying, 'Let me fight short-notice on that Boston card; if anybody pulls out, let me know.' And I wasn't being that patient. But time heals. I came out to LA and I assessed the situation. How am I going to evolve? My job is to get as good as I can as fast as I can. So I got acclimated and I put in a lot of hard work. But I was chomping at the bit to fight. I was trying to fight all summer and this one finally stuck.”

“This one” is a Saturday bout against fellow New Jersey native George Sullivan, Gall’s first bout since a hard-fought decision loss to Randy Brown at UFC 217 last November. It’s also his first appearance since he left the Garden State to go to Los Angeles to room with UFC vet Yves Edwards and train with the likes of kickboxing star Joe Schilling.

“It was just to keep myself evolving, keep growing and keep getting better,” said Gall, who has his Jersey contingent with him in Lincoln, along with Schilling. “Joe Schilling is a huge part of this. He's probably the best American kickboxer ever for my money. He's a friend and has been a coach for the last few months. I understand striking better than I ever have and that's all thanks to him.”

But is Gall now smoking two packs a day trying to keep up with Schilling?

So don’t try this at home?

Already a brown belt in Brazilian Jiu-Jitsu who has ended all four of his pro wins by submission, Gall’s ground game is well-established. So was it his striking attack that needed some tweaking?

“There was a lot of fat I had to trim,” said Gall. “I've been working since around the CM Punk fight with Sean Diggs, but I needed some higher-level training partners and I needed to get around people who were better than me in certain areas. I was the best guy in my gym in Jersey. Coming up at AMA Fight Club, I was the small fish in a pond that had Dan Miller, Jim Miller, tough guys to push me. And then I became the big fish at my school. I have a lot of tough, young killers who will be coming up and who give me great work, but I need to be training with guys who push me all the time, and that's a big thing that I got out here in LA.” 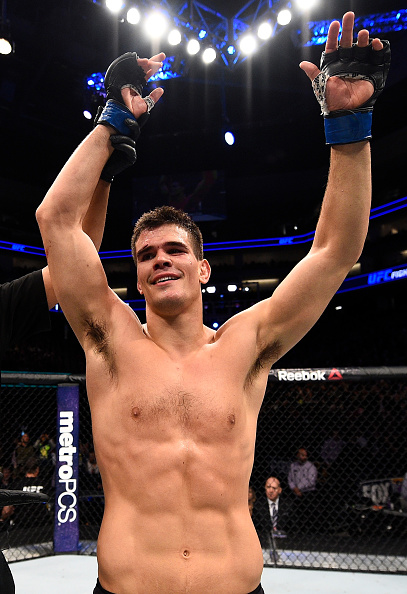 “I know I wasn't myself in there,” he said of the Brown fight. “I know that wasn't the best me and I know what I'm capable of and I know that I didn't get to show it and it's very frustrating. But I did learn and I think had I won that fight, I probably wouldn't be out in LA right now. I probably would have thought that what I'm doing is enough. But it forced me to address the situation and forced me to grow, get out of my comfort zone and elevate myself.”

And he proved that when things are going south, he’s not a fighter who will go looking for the exit.

“I will always be like that,” he said of his gritty effort. “I would rather die than to stop in there. That's the truth.”

So is that the positive to take from the fight, knowing that when it gets tough, he’ll be there until the end?

“I guess you don't know until you face it, and that was the first time I wasn't doing what I wanted to do, so yeah, I can take that as a positive,” Gall said. “But I've always known that about myself.”

It’s good to hear that Gall hasn’t lost his swagger, which isn’t surprising coming from the kid who called for a UFC shot after just one pro fight. And now, after fighting on Pay-Per-View against CM Punk, defeating hot prospect Sage Northcutt, and surviving his first loss, he’s ready to get back after it, well aware that all eyes are still on him.

“I'm aware that going into the UFC at 1-0, all my growing pains will be shown and dissected in front of the world,” Gall said. “But I can handle that and I'm happy that that's the path I'm on. These next 12 months, I plan on fighting a lot. I've had the patience, I've gone to the woodshed and all that work, I'm ready to put that into action.”

It starts with George Sullivan. After that, he wants to fight in Madison Square Garden in November, after Christmas, and in the beginning of the summer of 2019. That’s a pretty ambitious schedule, just the way an impatient young man wants it.

“I'm ready to give that patience a little toss out the window right now,” he laughs. “I'm a fighter. I want to fight.”