Gall has master plan in place for UFC run

“It’s a marathon not a sprint,” -@mickeygall returns to the Octagon for first time in 10 months at #UFC217 pic.twitter.com/wgWkcIKzUM
— UFC News (@UFCNews) November 1, 2017

The bluesmen and jazz players called it woodshedding, the idea of just getting away from the world to work on their craft. When they returned, they weren’t the same musicians they were before.

In the last 11 months, Mickey Gall has been woodshedding. On Saturday night in Madison Square Garden, he promises that the fighter we’ll see against Randy Brown in not like the one we saw win three times in the Octagon in 2016.

“My past three fights, you saw a kid fighting,” he said. “Now, everyone’s gonna see a man. You’re gonna get to see my evolution. There are changes in my body, changes in my rhythms, changes in my game. Huge growth has occurred and I’m so proud of the work I’ve done these past few months. And it’s been hard. It’s fun getting ready for a fight and getting in there and I don’t think most people could have done what I just did, staying focused for so long. A lot of fighters don’t train unless they’ve got a fight booked. I trained like I had a fight this whole time. People are gonna see me start to step into greatness.”

Bold words from the 25-year-old from Green Brook, New Jersey, but he’s made a career out of backing up bold words.

A pro debut win over Ron Templeton in November 2015 turned into an opportunity to call out former WWE superstar CM Punk in front of UFC President Dana White, and White gave him the opportunity to get that fight less than three months later.

Gall would submit Mike Jackson in 45 seconds, then go on to do the same thing to Punk in 2:14 at UFC 203. Three months later, Gall’s encore was a second-round finish of Sage Northcutt. Three UFC fights, three wins, all by submission. 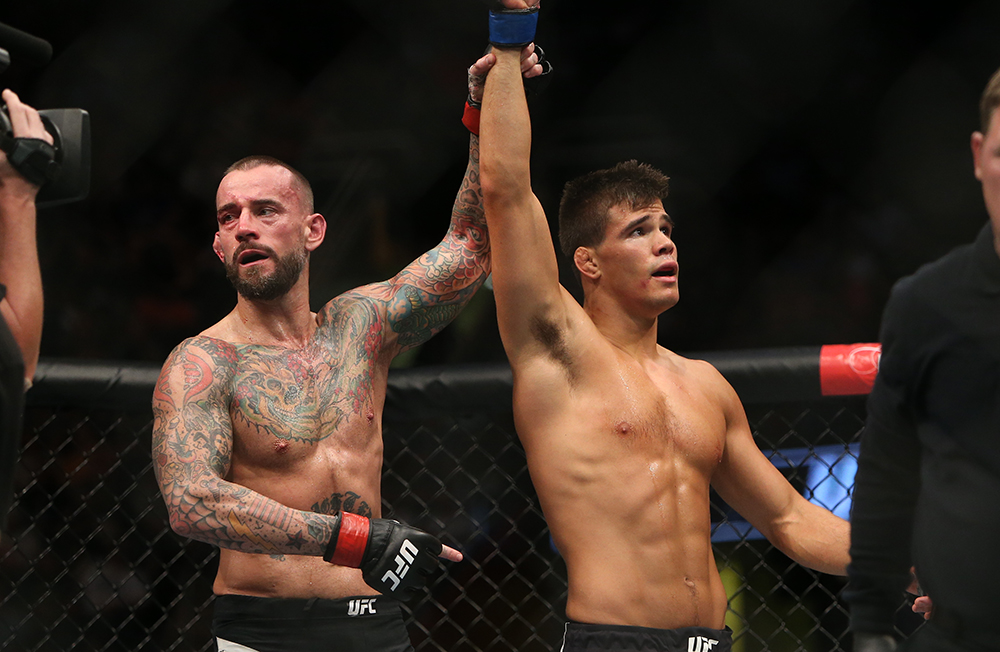 Well, he didn’t go completely off the radar, but there were no fights, no desire to strike while the iron was hot. As opposed to the direction most young fighters would take, Gall decided to take his foot off the gas.

“I’m a thinker, and a big advantage I have over a lot of these guys is my mental game,” he said. “I thought I could take my time here, take a step back and not get sucked up into the limelight, and keep doing what got me here, and that’s hard work. So I stepped back and wasn’t a social media guy – that’s never really been me – and just chilled out and put in the work. I’m a young guy, but me in a month, I gain what most fighters gain in three or four months. And I put a lot of time in.”

He also got to heal a cut over his eye sustained three weeks before the Punk fight that required 21 stitches. Gall’s doctor recommended that he not fight for six months because of the likelihood of the cut reopening. Gall called out Northcutt, and as soon as he got hit there, it reopened, requiring eight more stitches. At this point, Gall decided the best course of action was to give it six months to heal. And once that time was up, it was mid-summer and he opted to wait for a fight at Madison Square Garden, where he expects around a hundred family and friends will make the trip up the NJ Turnpike to see him in action.

What he didn’t expect was to see Brown, who he has trained with in the past, in the opposite corner. So what does he see now? 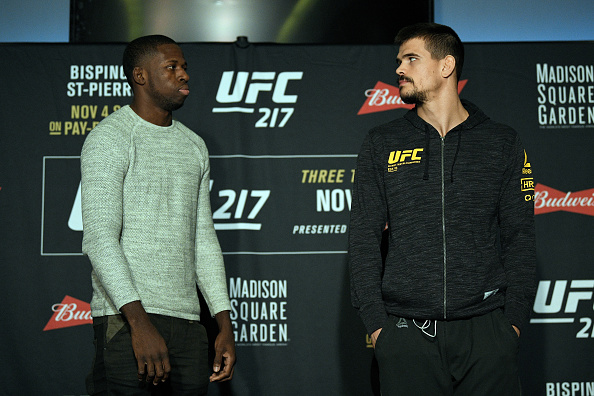 That makes it New York vs. New Jersey in the “World’s Most Famous Arena,” and Gall plans on making it home on Saturday.

“I feel so good about this one,” he said. “There’s something about it. It’s cool that it’s Madison Square Garden and that it’s my backyard as a Jersey kid. But I just feel like I’m gonna steal the show at the Garden. I’m about to go in there and have the most dominant fight. I’m gonna show all this hard work.”

If it sounds like it’s been a long 11 months for Gall, it has been. But the wait is finally over.

“I’ve got a master plan working,” he said. “It’s not a sprint, it’s a marathon. People who sprint are gonna burn out and I’m not burning out. I’m working it smart, and I just think I’m different. I’ve got something about me and I’m excited to show it and excited to do good things with it.”