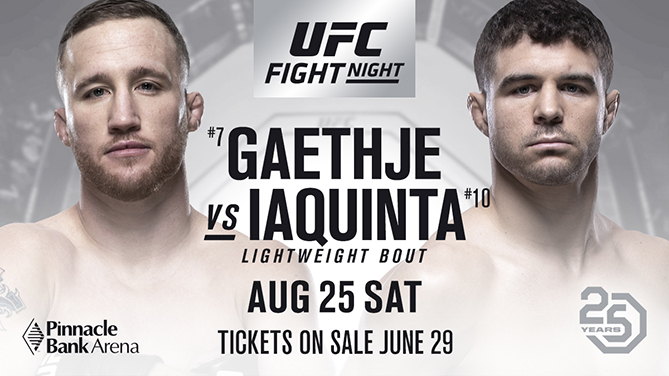 The toughest division in the UFC will be in the spotlight once more on August 25 when lightweight contenders Justin Gaethje and Al Iaquinta square off in the five-round main event of the UFC's first visit to Lincoln, Nebraska.

Tickets for UFC Fight Night, which airs on FS1 live from Pinnacle Bank Arena, go on sale on June 29.

Given the history of both Gaethje and Iaquinta, fight fans will be in for a slugfest, as Arizona's Gaethje, fresh from three Fight of the Night battles to begin his UFC career, throws hands with New York's Iaquinta, a no nonsense warrior who is 5-1 in his last six bouts and is coming off five rounds with 155-pound champion Khabib Nurmagomedov.