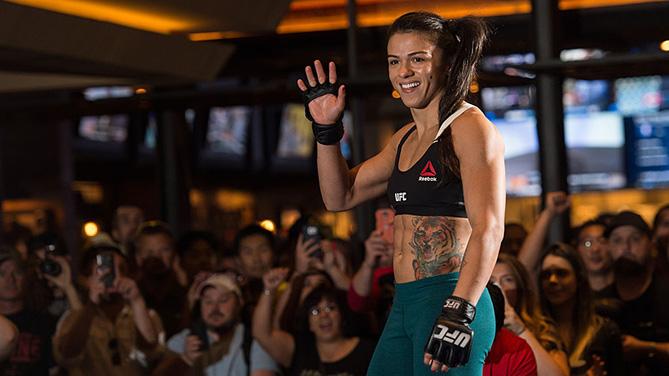 When English is a second language, nuance is often lost in translation. Not so with No. 1 strawweight contender Claudia Gadelha, who didn’t engage in a slip of the tongue on Tuesday at MGM Grand when talking about her first bout in 2014 against her Friday opponent, Joanna Jedrzejczyk.

“I changed a lot,” Brazil’s Gadelha began. “I improved as a fighter and I'm more mature. I think you learn more when you lose. They gave me that loss on my record, and it taught me a lot of things.”

“In my mind and in my heart, I am undefeated,” the 27-year-old clarified. “I never lost a fight. To me, I lost this fight to the judges, not to Joanna. If you watch this fight a hundred times, you know there is no way she beat me the first time. The only thing she did is get a knockdown in the last few seconds of the first round.” 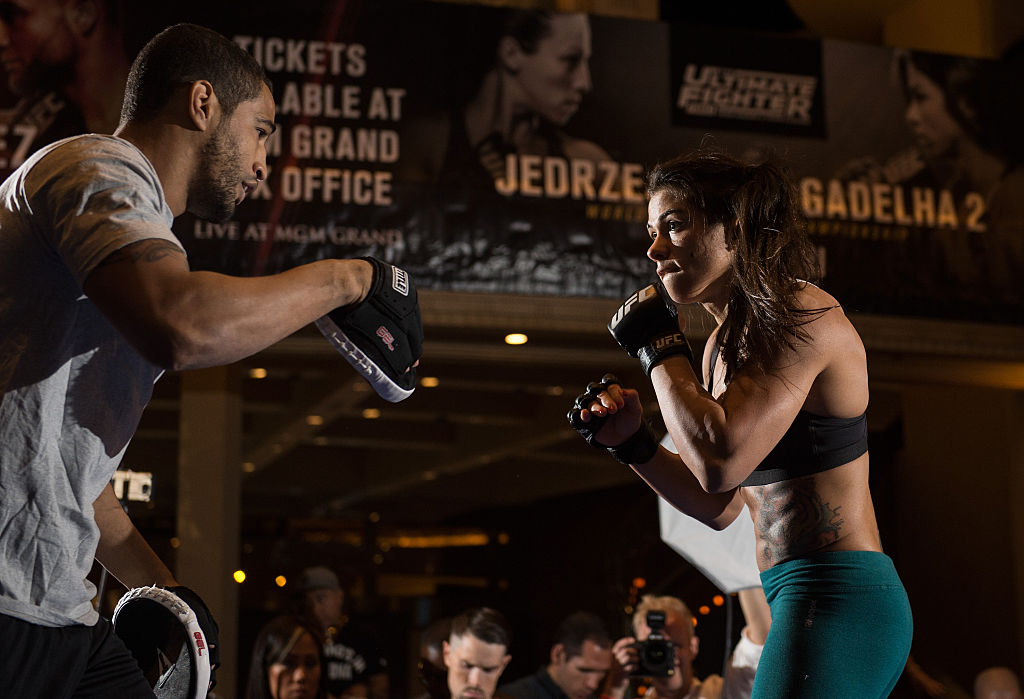 The split decision verdict did go in Jedrzejczyk’s favor though, and the Poland native went on to win the 115-pound title three months later. Gadelha, plagued by injuries, was sidelined until August of last year, when she defeated Jessica Aguilar. Granted a second shot at Jedrzejczyk, this time with a championship on the line, Gadelha first had to go through six weeks of coaching in The Ultimate Fighter competition against Jedrzejczyk.

“Joanna Champion” pulled out all the stops in the interest of winning the mental battle against her foe, but Gadelha was unbothered by the pre-fight gamesmanship.

“She tried everything with me and it didn't work,” Gadelha said. “I just don't pay attention to the things that she says. I don't think she says nice things, but nothing that she says gets in my head. I'll do my game, and I'm ready for this. I won the first fight and I'll show everybody who's the best.”

If she pulls it off, Gadelha will become the first woman from Brazil to strike UFC gold. That’s more than enough motivation, and doing that means even more than beating Jedrzejczyk to get there.

“It would mean a lot because I've been through a lot of things to be here,” she said. “It's very hard to be a MMA fighter in Brazil. To be a female MMA fighter is even harder. And I moved on that road for a while and worked so hard for this. It was so long and I've been through bad things. So to wear that belt would be everything to me.”