UFC Welterweight Gabe Green Is Excited To Deliver His Best Performance To Date Against Ian Garry At UFC 276: Adesanya vs Cannonier.
By Thomas Gerbasi, on Twitter: @TGerbasi • Jun. 28, 2022

After making an immediate impression in the UFC with a hard-fought decision loss to Daniel Rodriguez in 2020 that marked him as a fighter to watch at 170 pounds, Gabe Green has since developed a new persona in the Octagon:

“That's what it kinda feels like,” he laughs. “If that's the role the UFC wants to give me, I'm gonna shine at it.”

Last year, Green spoiled the UFC debut of Dana White’s Contender Series graduate Phil Rowe, and in April, it was Canada’s Yohan Lainesse who suffered his first pro loss at the hands of “Gifted Gabe.” On Saturday, another unbeaten, Ireland’s Ian Garry, gets his crack at the Californian.

“I'm not insulted at all,” Green said. “I know I don't have a lot of hype behind me. I'm just some guy who comes in and beats the guys with all the hype. But I feel like slow and steady wins the race. Every time they give me someone with more hype, I just steal a little bit of it, shut it down and absorb it into myself. After a couple more of these guys, I might have a little bit of my own hype train going on, and that's nice.”

It might already be revving up, given the 29-year-old’s performances thus far, but if he hasn’t seen it, maybe it’s because he has yet to experience a big arena crowd as a UFC fighter yet. In fact, the last time he did have a fight with a full house of fans allowed in the venue pre-COVID was in August 2018. So this week, he might find out he’s a little more well-known than he thinks. And when fight night comes at T-Mobile Arena, he won’t be a deer in the headlights.

“I'm definitely looking forward to that,” Green said. “I haven't done that in forever and I'm gonna eat all that up. It's gonna feel great to be in front of people again.”

Safe to say he’s one of those folks who feeds off the crowd, then?

“Oh yeah, definitely,” said Green. “I think that's when I'm at my best when people are watching. If you thought you've seen some good stuff before, wait until I'm in front of a crowd.”

The wait is almost over, and while Garry has gotten his share of attention since debuting in the UFC last year, he hasn’t seen anyone like Green yet. Simply put, Green is not one to get intimidated by press clippings. He’s showing up to fight. End of story. It’s why he wasn’t rattled by facing the like-minded Rodriguez on short notice or taking on highly touted prospects favored to beat him.

“It definitely comes from a love for fighting, not just winning,” said Green, who admits to having a few streetfights before he started getting paid for throwing hands. And once he did enter the punch for pay ranks, he realized that with rules and a referee… 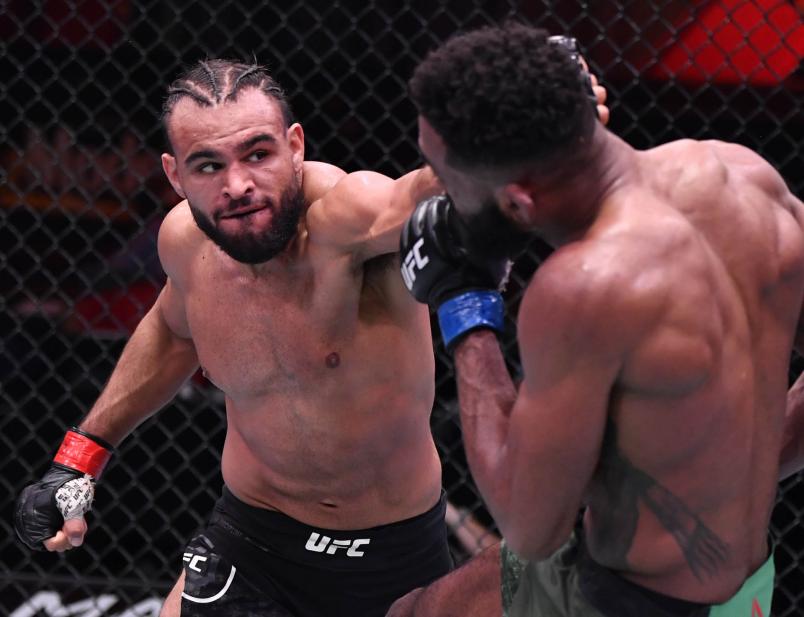 “How bad could this be?” he laughs. “Let's just have some fun. At the end of the day, I'm in there, the guy's locked in there with me, and I'm gonna go fight. And I love to fight, so it's not a big deal.”

If Green keeps going the way he has, he will be a big deal sooner rather than later. But that won’t change him.

“I'm still training as if nobody knows me,” he said. “I'm going out there, trying just as hard, and it's all the same. It's cool that they know me and I think it's gonna continue because I'm gonna keep on doing this. I'm gonna get that gold eventually, and when I get the gold, I'm gonna train even harder. But I'm still young, I'm not in a giant rush, I love being a part of the UFC, and I love going out there and performing.”

Green recalls a recent chat with his friends where he said, “I'm not where I want to be exactly; there's still a lot more journey to go, but I'm here.”

Next part of the conversation?