Eryk Anders' Passion For Fighting And Warrior Spirit Drive Him To Give His All Every Time He Steps Into The Octagon.
By Thomas Gerbasi, on Twitter: @TGerbasi • Dec. 10, 2021

Eryk Anders is just getting out of practice. Practice? I thought he had this fighting stuff all figured out.

“It's an ongoing endeavor,” he chuckles, well aware of the joke, but also dead serious that in mixed martial arts, there is always something to learn, both in and out of the Octagon.

As far as the fighting goes, his move to Scottsdale, Arizona for training camps with the Fight Ready team is paying dividends, not just due to the coaching of Eddie Cha and Santino Defranco, but to pick the brain of Henry Cejudo and recent gym visitor Jon Jones.

“It would be foolish to not ask who many people perceive as the greatest of all-time about their mindset and see what they train and practice day in and day out,” Anders said. “I want to know it all. And then sometimes things may work for them that don't work for you and vice versa, so you kind of take what you want and leave the rest, but sometimes they may have something for you where you never thought of it like that. So, of course, you can learn anything from anybody, regardless of status. Some people are good coaches or training partners but can't perform under the lights. That doesn't mean that they don't have something to offer, and vice versa. Sometimes somebody's so good at something they can't articulate it because they can just do it.”

The 34-year-old Anders is a rare athlete in that he’s having a second stay at the top in a new sport after making it to the heights of college football for the University of Alabama. Now in the UFC, he’s made 12 appearances, with his 13th coming on Saturday against Andre Muniz. It hasn’t been all smooth sailing, but he’s holding his own, has showed flashes of brilliance, and his fighting fire has never dimmed.

“I think like many young fighters, I asked for a lot early, and at the time, I thought I was the man and probably thought I was a little better than I actually was,” said Anders, who made his Octagon debut in 2017 as an 8-0 pro coming off a win over Brendan Allen. He won his first two, then went 1-4 over his next five. It was a deceiving stretch in a lot of ways but wins and losses are wins and losses.

“I learned a lot of lessons, but I'm just above .500 (6-5, 1 NC) in the UFC and still learning, still growing, but I think now that with the skillset that I've developed training with Eddie Cha and Santino DeFranco, I'm ready for those Top 15 guys and those main event spots.” 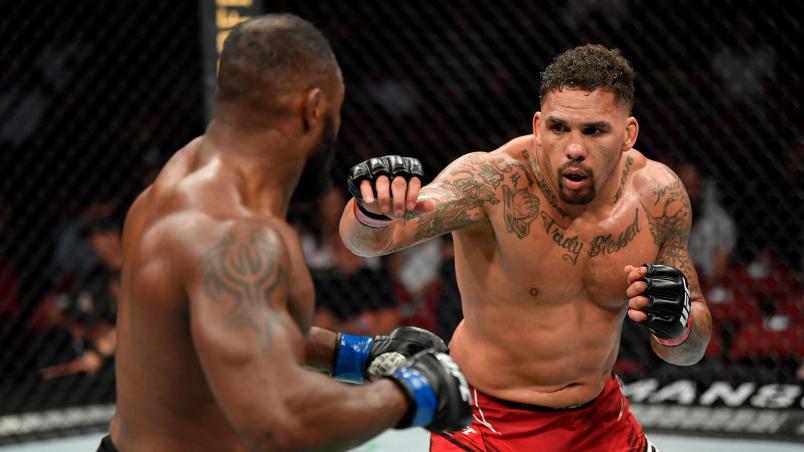 In 2021, Anders went 1-0 with 1 NC in two bouts with Darren Stewart, and if he can put a stop to Muniz’ seven-fight winning streak this weekend, he might start getting what he believes he’s ready for in 2022. If that happens and he starts making his way to the title race, life will certainly change for the Alabama product, but he’s not so sure about that.

“I'm not that noticeable,” he laughs. “I'm not (Conor) McGregor. I'm not at that level yet, but hopefully one day.”

So he wants that kind of notoriety?

“I don't go anywhere anyway, so it's not like I would get mobbed,” Anders laughs. “I’ll Just order everything online.”

Sounds like a man who has this whole fame thing figured out.

“I’m still figuring it out, trying to navigate, collect these checks and what not,” he said. “I don't think it's as hard as everybody makes it out to be.”

Anders may downplay it, but there was plenty of experience gained by his time in college, where he got used to competing in front of thousands and thousands of fans every Saturday afternoon. That’s something a lot of fighters haven’t experienced when they step under the Octagon lights for the first time. 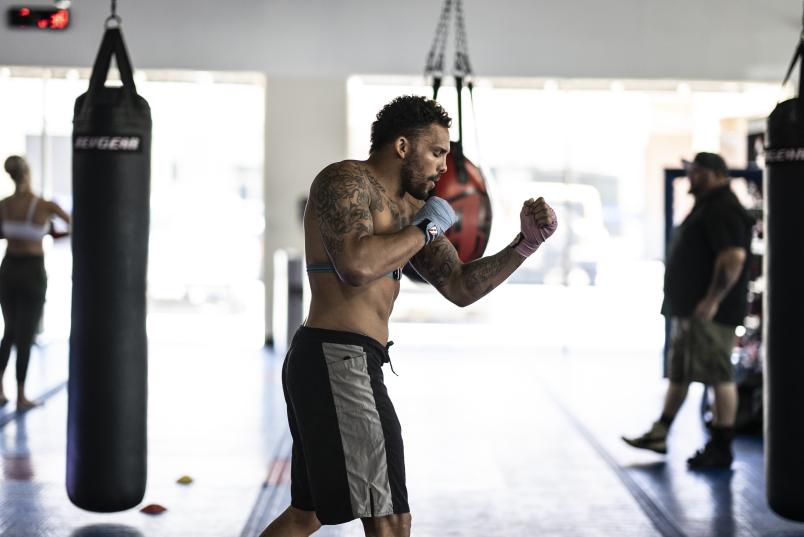 “Absolutely,” Anders agrees. “You have to get used to performing in front of large audiences and crowds. It's a bit different from football to MMA because there's a bunch of other people on the field with you and they really only notice the guy with the ball, so it's not like they're focusing singularly on me. But in MMA, there's only me and one other guy, so it's 50-50. They're similar but different at the same time. You need to be able to focus and concentrate. For me, it's just business as usual.”

And when business is good for a UFC fighter, there’s nothing better. When it’s not, that usually means a lot of explaining to friends and family that don’t understand the fight business. That’s not been an issue for Anders.

“I ain't gotta explain nothing to nobody,” he said. “The people who need to know, know. My management knows, the matchmakers know, Dana White knows. They know what's up and that's why after taking three losses in a row, I didn't get cut. They know what kind of person I am, they know that I'm showing up to fight, and they appreciate the fighters like me who take fights on short notice, who will go to Brazil to fight a big motherf**ker with a hammer on his chest (Thiago Santos). (Laughs) They appreciate it, and they reward me accordingly.”

RELATED: Sean O'Malley The "Unranked Champion" | Everything Is Lined Up For Gillian Robertson | The Recovery And Return Of Josh Emmett | Dan Ige Believe He's Entered His Prime

Anders appreciates that, and he also appreciates how MMA gave him a second shot at being a pro athlete in a sport where the bottom line is more important than potential spelled out in numbers on a notepad.

“You can control your own destiny a little bit more in MMA,” he said. “It's not a discretion of is he tall enough, is he big enough, is he fast enough, is he strong enough? If he's going out there and knocking people out, there are no ifs, ands or buts. There is no discussion. He's out there performing and doing what we're asking him to do, so yeah, we'll keep him, yeah, we'll pay him more, yeah, we'll do this and do that. So as long as I do my job, there's job security in that.”